Who will cast the first vote for equality?

On World Radio Day, Ammu Joseph looks at the representation of women in Indian radio and wonders if the medium can play a more significant role in ensuring empowerment and equal participation.
13 February 2014 -

News in all forms of media in India is dominated by male subjects. This is particularly true of radio, with women constituting only 13 percent of the subjects of news bulletins, according to the Global Media Monitoring Project 2010 (GMMP 2010). Indian print and television news boasted more female news subjects:  24 and 20 per cent respectively (albeit still less than a quarter of all news subjects).

While the pattern was similar across Asia with regard to press and TV news (20 per cent in both), women were better represented in radio news across the region (21 per cent).

The exceptionally poor representation of women as news subjects on Indian radio is all the more significant considering that radio news is provided solely by the public broadcaster. At present neither private nor community radio stations have permission to air news and current affairs.

The latest GMMP survey also found that only about one third (34 per cent) of the news stories in the Indian broadcast media – radio and TV – were presented by women. The corresponding figure for Asia was considerably higher at nearly half (48 percent).  Again, there were marginally more female announcers on television (public and private) than on radio in India.

All India Radio (AIR), India’s public broadcaster, was headed by a woman, Noreen Naqvi, between 2009 and 2011. However, according to employment figures received in 2012 from the public broadcasting corporation, Prasar Bharati, women constitute only 10 percent of AIR’s employees (in news and non-news positions).  So it is not surprising that women are not well represented at leadership levels: 28 per cent in senior programme management, 38 percent in senior administrative posts and none in engineering.

As the only radio news broadcaster, AIR has a unique opportunity to enhance gender equality and women’s empowerment in radio, the theme of World Radio Day 2014. AIR could play a strong leadership role by developing, adopting and implementing gender-related policies and strategies for radio. 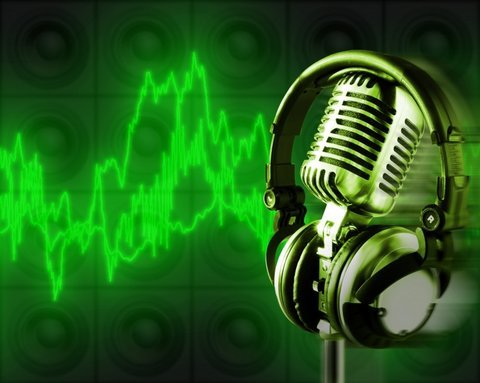 Privately owned FM radio stations have proliferated in urban centres across India over the past couple of decades. Women’s voices are regularly audible on most of them, thanks to female radio disc-jockeys and listeners responding to call-in programmes. While current programming focuses mostly on  popular  music  interspersed with chatter, there is tremendous potential to address more substantial societal issues through the medium.

FM radio appears to be increasingly employing women in leadership positions, even in socially conservative small cities and big towns. A proper, industry-wide survey is certainly overdue – perhaps the Association of Radio Broadcasters of India (ARBI), currently headed by a woman, will commission one soon – but the fact that at least four of the approximately ten large and medium size FM radio networks in the country are led by women and the reported trend towards more women occupying key leadership positions in such networks are encouraging.

So is their involvement in awareness campaigns around issues such as women’s safety and breast cancer.  According to Nisha Narayanan, COO of Red FM, a leading local radio network, there is interest in diversifying programming in terms of both format and subject matter, but the present financial and regulatory regime acts as a constraint. If the expected expansion of the FM sector is accompanied by some relaxation of current restrictions, she believes local radio content can become more dynamic and relevant.

Although there is no evidence of any existing policies on gender equality and women’s empowerment in the FM sector, at least one company has adopted a detailed policy on sexual harassment at the workplace and established the legally required compliance committee. This is more than many other Indian media houses have done. Perhaps ARBI can be persuaded to take the necessary first steps towards developing and promoting gender-related policies and strategies for the Indian commercial radio sector.

Both public and private sector radio may have much to learn from the community radio sector in this respect. Even though it is relatively new in India – officially sanctioned only in 2006 – community radio (CR) has traditionally been inclusive, enabling a range of women (especially poor, illiterate, rural women) to exercise their communications rights.

In fact, some of the oldest and best known CR stations are effectively run by women from socially and economically disadvantaged communities, many of them with long experience in radio work, using various means of communication, even before their stations were granted broadcast licenses. An impressive number of women now work in CR across the country, mainly as producers and on-air talent but also, in some cases, as station managers. Several organisations are involved in training and mentoring grassroots women broadcasters, helping to improve their knowledge base, skills and self-confidence.

The Gender Policy for Community Radio (GP4CR) approved by the World Association of Community Radio Broadcasters (AMARC) in 2010 was adopted by the Community Radio Forum of India in 2011. The purpose of the policy, spearheaded by AMARC’s Women’s International Network (AMARC-WIN), is to increase women’s access to and participation in CR, including at decision-making levels.

Of course, as Kanchan K. Malik of the University of Hyderabad points out, a number of challenges need to be addressed to ensure women’s progressive involvement in all elements and stages of a CR station – as listeners, producers and decision-makers – and thereby strengthen the empowerment potential of the medium.

Both she and Vinod Pavarala, UNESCO Chair on Community Media at the University of Hyderabad, also flag external challenges, such as customary social hierarchies of caste, class, religion and other identities, which often combine with gender to inhibit women’s participation in community radio.

But perhaps the best antidote to such chronic ailments is gender equality and women’s empowerment – through radio and other means.

Ammu Joseph is an independent journalist and author based in Bangalore, and writing primarily on issues relating to gender, human development and the media. This article was commissioned for World Radio Day and first published by The United Nations Organization for Education, Science and Culture (UNESCO), and has been republished here with permission.