While stonewalling their demand to broadcast news, the I&B Ministry has said CR stations can air AIR bulletins instead. Geeta Seshu reports.
08 February 2017 -

The recent order of the Information &  Broadcasting Ministry to permit the broadcast of AIR news bulletins and non-news ‘information’ like traffic and weather updates on Community Radio (CR) has flummoxed CR enthusiasts and activists as it neither concedes their long-standing demand - the right to broadcast original news - nor acknowledges the transmission of various categories of information as news.

A reading between the lines of the order only shows that, in allowing AIR news and information that is given by the local administration, CR stations will end up being mouthpieces of the government, not of the community! 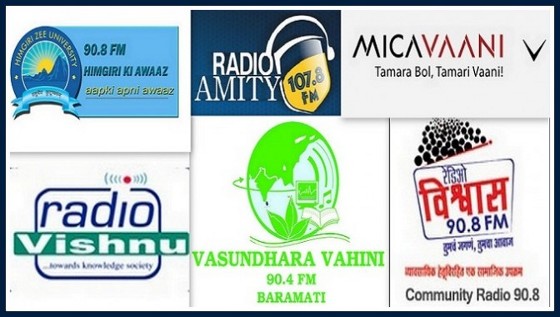 While successive governments have stonewalled all the demands of CR groups to permit news, what has irked activists is that the order came without any prior consultation with stakeholders. The order also lays down guidelines for extensions of the grant of permission to stations for an additional 10 years only if the station is in ‘continuous operation’ and permission from district magistrates to shift a station in disasters.

In addition, it bans transmission of sponsored programmes except those by the Central and State governments and ‘other’ organisations to broadcast ‘public interest information’ and permits advertising of up to seven minutes per hour of broadcast.

Also highly irregular is the timing of the government order, dated January 19, 2017, barely three days after a Supreme Court bench of Chief Justice of India J.S. Khehar and Justice D.Y. Chandrachud, heard a writ petition filed by Common Cause on the ban on news in private FM radio and community radio.

The court, which sought to know why the government wants to ban news on radio, gave the government four weeks time to explain the orders passed between 2008 and 2013 to prevent news and current affairs broadcasts on radio.

Despite the pending hearing, the ministry’s order amended a 2006 policy guideline that had expressly prohibited any news broadcasts on CR ‘which relate to news and current affairs and are otherwise political in nature’.

While this guideline continues to stand in the latest order, the ministry has permitted CR stations to ‘broadcast news and current affairs contents sourced exclusively from AIR in its original form or translated into the local language/dialect’. Moreover, they must ensure that this news is not ‘distorted or edited during translation.'

Besides, the order magnanimously creates several permissible ‘categories’ that ‘will be treated as non-news and current affairs broadcast’.  Drawing on a TRAI recommendation of 2014, this is what the order lists as non-news categories:

(b) Information pertaining to traffic and weather;

“We are puzzled at the wording of the first category, which permits mere information of presumably national or international sporting events. Clearly, the ‘information’ is extremely hyper-local and limited to the geographical radius of the radio station, but why can’t we call it ‘news’? Why prevaricate?,” asks N. Ramakrishnan, Executive Director of Ideosync Media Combine and a spokesperson for Community Radio Forum, India, a platform of community radio enthusiasts and activists.

The amended guidelines aren’t the only issue. In the absence of any modicum of trust, CR stations are constantly looking over their shoulders at the monitoring of the content they air. CR stations are allowed to develop very specific content: developmental, agricultural, health, educational, environmental, social welfare, community development and cultural programmes.

While they all comply with the directive to maintain recordings of broadcasts for three months, the notices sent to two CR stations last year are still fresh in their minds. Gurgaon ki Awaz got a notice for the airing of an ‘objectionable’ word in a programme and Alfaz-e-Mewat in Haryana for content that denigrated women in a programme called Kisse Kahaniyan.

Both were warned after they submitted replies promising to adhere to the guidelines against any obscene content.

The procedures for dealing with ‘violations’, from the issuing of such show cause notices or hearings and ‘action’ on the so-called objectionable content, are opaque and non-participatory. There was no room for discussion with the ministry, much less a larger public debate over whether a purely bureaucratic reaction to content is desirable in a democracy.

Leave alone defining or determining content deemed obscene or objectionable, there is no mechanism in place for a community or civil society review of content, no self-determined content code, and no self-regulatory body for community radio.

Dr Vinod Pavarala, UNESCO chair for community media, and head of Osmania University, said the order was a complete misinterpretation of what community radio was all about – as a media that was independent of both market and the state.

Permitting AIR news was strange as no one from the community radio sector had ‘asked’ for it. “What they have been asking is for the ban on news to be lifted”, he said, adding that classifying certain kinds of information as ‘non-news’ was decidedly Orwellian.

The order also increased the time limit of advertisements from five to seven minutes though studies have showed that radio stations that service a deprived community have not been able to utilize even the existing five minutes. In this sense, CR stations in urban areas may be able to benefit from the increase or the government’s DAVP advertisements will get more time for broadcast.

As Arti Jaiman, station director of Gurgaon ki Awaaz, says, “Community radio is the voice of the community. It is a unique environment. It is an open platform where the community learns as it goes along”.

People do learn that they are on air and can’t tell a joke insulting to women, that no misogyny or patriarchal values are expounded and definitely that no rumours or hate speech can be transmitted, she explains, adding that, ideally, in any CR station that is truly community-owned, members of the community can freely walk in and not get intimidated by gatekeepers.

Indeed, the policy on broadcast of news on CR must be viewed in the context of the larger tweaking of policy guidelines from licences to the grant of funds for running CR. Currently there are 436 CR stations listed in India, from campus stations in educational institutions to those run by non-governmental or civil society organisations. Of these, only 186 are operational. Despite this, the government announces impossible targets for more CR stations, including in conflict areas like Chhattisgarh.

In consultations with CR stakeholders, the government has also floated the idea of giving licences to government bodies to run community radio stations, besides allocating grants for them. While the latter is welcome for cash-strapped stations that operate on low budgets, the strings they may come with are anybody’s guess.

As it is, the police guidelines announced grants for content creation of programmes related to development, agriculture, health, education, culture etc, a far cry from the original idea of a fund to support maintenance, innovations in technology, research and capacity building.

CR activists view all these shifts in policies, taken without any consultations, with some misgivings. In a letter to the I&B Ministry, activists have pointed out that the proposed grant of licences to government bodies is ‘clearly antithetical to the purpose of the policy and the sector, which is to give the poor access to the media, and offer alternate narratives’.

The letter adds: It is our view that the government has enough broadcast mechanisms of its own, without swamping community media with government owned stations.

Indeed, the path ahead for community media is fraught with ambiguity. If licences are granted to government agencies, what’s to stop corporate bodies which have set up foundations and organisations through their Corporate Social Responsibility initiatives?  A free-for-all will ensue, with government or corporate grants determining the very community and the media it will be given to.

Clearly, in the last decade since community radio was opened up to NGOs, the nature of the relationship that has developed between the state and the community radio sector is undergoing a huge change. As Dr Pavarala said, the monitoring of content is conspicuous even as controls continue.

Greater NGO-isation, he fears, will also impact the manner in which the medium will develop but the greatest danger continues to be the restrictions on content, which greatly hamper the opportunity for community radio to fully realize its potential.

Geeta Seshu is a Mumbai based freelance journalist who writes on development issues.