Parthajit Baruah, director of documentary The Dhemaji Tragedy – An Undefined Chapter, the tragedy that happened on the Independence Day in 2004 talks to Shoma Chatterji.

On August 15, 2004, ten school children and three adults were killed in a bomb blast while they were participating in a parade to celebrate the Independence Day.

This happened in Dhemaji, a small district in Assam and the Independence Day parade was organized at the Dhemaji College ground. Around 8.45 am, a powerful bomb planted by ULFA (United Liberated Front of Asom) near the college gate triggered by a remote control device, went off. The children were all aged between 12 and 14 and the three elders were also not very old. Many were left injured too.

Parthajit Baruah, a noted journalist of Assam has made an award-winning documentary – The Dhemaji Tragedy – An Undefined Chapter with a running time of 28 minutes on the tragedy as it happened, spoke to the parents of the children who died, spoke to a former minister whose name came up with links to the blast and others. 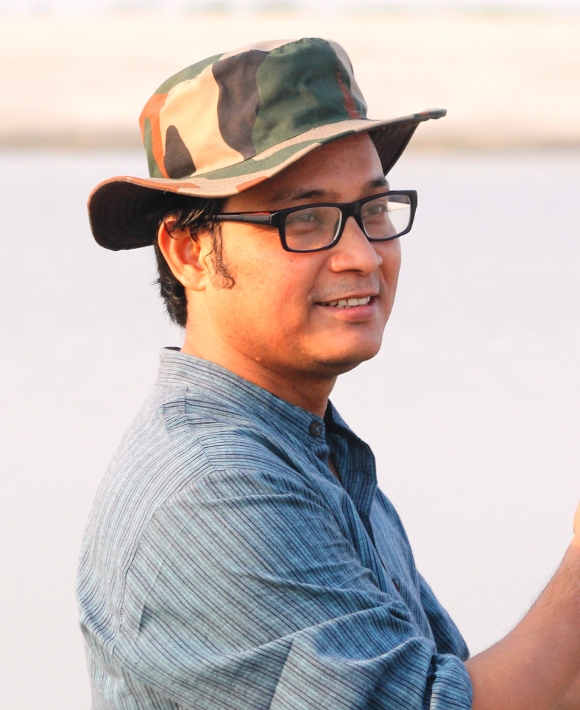 Baruah talks about his motivation, focus and problems during the making of the film.

Q. What made you, a journalist with a very good track record decide on making a film on a dicey subject?
A. The Dhemaji bomb blast was a socio-political phenomenon.  It placed the last nail on the coffin of ULFA. People came out in the open to demonstrate their anger against this group. It created internal chaos within the ULFA too. Immediately after the bomb blast, the ULFA denied involvement. But after five long years, on December 13, 2009, Paresh Barua, Commander-in-Chief of the outfit made a public apology and asked for forgiveness for the survivors and the families who had lost their children and other members in the blast. I felt covering the blast and its socio-political consequence as a journalist would not bring out the full extent of the blast. The ULFA had asked everyone not to participate in the Independence Day celebrations. But people defied this call of boycott and I felt that the audio-visual medium of cinema alone could fulfill as it offers a wider and a more real canvas. The insurgents seeking apology became the final trigger for me to make this film. 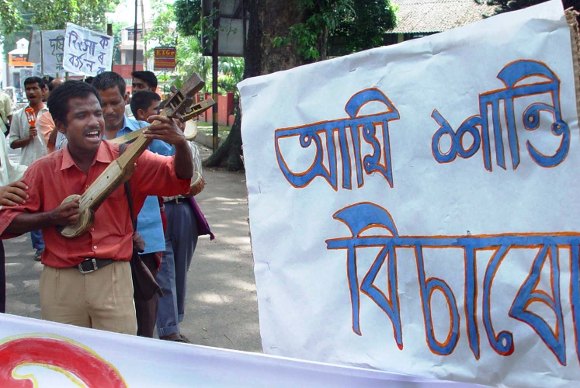 After the blast at Dhemaji people took to agitating against ULFA. Pic: Parthajit Baruah

Q. How did you persuade the former minister Bharat Narah, a former Cabinet Minister of Assam accused of his involvement agree to the interview on camera?
A. It was very difficult first to meet him and then to persuade him to speak on the sensitive subject. I made contact with a man who was very close to the minister. I told him to tell the minister that I was a Congress man. That worked.

Q. The incident happened way back in 2004. How did you get hold of the original footage of the explosion?
A. After the blast, the Superintendent of Police T. Thangou and the Additional Superintendent of Police Abu Sufian of Dhemaji were suspended for negligence of duty. The Deputy Commissioner was transferred for security lapse immediately. The new DC wanted to leave no sign of the blast and whatever photographs and visuals were there were seized by the administration. When I decided to make this film, I visited Dhemaji several times to collect the original footage. I managed to get hold of a video of 1:15 minutes. However, I would not wish to name the person who provided me with the original footage to whom I am very grateful.

Q. Why a ten year gap between the tragedy and the film?
A. In 2009, Arabinda Rajkhowa’s (President) section of ULFA came out of the underground and accepted to enter into peace talks with the central govt. Paresh Barua C-in-C of the outfit had denied the involvement of ULFA, admitted to its involvement after five years and sought public apology. But it was all a face-saving, well-orchestrated drama. I was truly shocked when I discovered that the state government’s announcement of giving a sum of Rs. 3 lakhs for the parents of the victims and Rs. 50,000 for the injured had not reached these people at all. The central government had sanctioned a sum of Rs. 5 crore to build an auditorium at the spot of the blast to commemorate the victims. The families insisted that the auditorium be named after the martyrs. It took me a decade to understand what had happened during the blast, after the blast and over time and when I got a complete picture of the tragedy, only then could I decide that I was ready to make a film on it. My focus was on the reactions of the families who had lost a close one to the tragedy, each one an innocent life snuffed out before it bloomed. 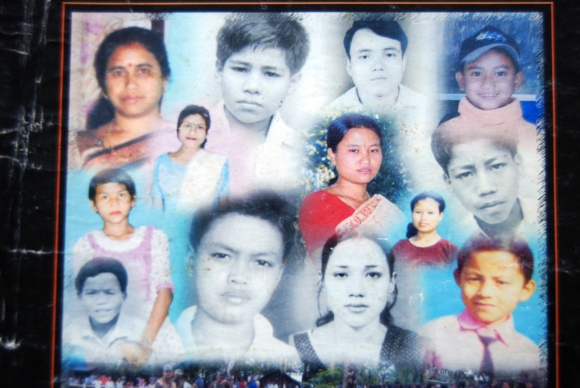 Q. How long did the research - documentary and field research take?
A. I had been following the tragedy since the day it occurred. But I started to collect data since 2009 and field report study since 2010.  The shooting covered different villages of Dhemaji over a month and of course the spot where the blast took place. The budget was around Rs. 3 lakhs.

Q. What about the censor trouble if any?
A. I knew that my usage of the original footage of the tragedy and using photographs and names of the victims in the film would block my chance for a censor certificate So, I never tried for a censor certificate. I knew that if I submitted my film to the CBFC, my visuals would be cut and I would not be able to tell the viewers what I wanted to say through my film. My aim was to send a certain message so that it could reach a larger audience.  Senseless clipping and cutting would not serve the purpose of the film.

Q. How did you persuade the family members to talk to you for the camera?
A. This was the biggest problem because the images of the blast were still very much alive in the minds of the parents of the ten children who died. I once tried to meet one of the parents in 2011. But the parents could not utter a single word and went on weeping. They were both emotionally and psychologically shattered. I then approached people who were close to the family of some of the victims such as Jyoti Gogoi, Bandana Dutta Hazarika and Jyotsna Borgohain and requested them to explain to the families my objective for making the documentary. It took two long years for them to understand my motive and finally, they agreed to speak into the camera. I had to explain to them that this was not a documentary commissioned by any administrative or political group but that it was my independent work. Jyotsna Borgohain is a teacher and an eye-witness to the tragedy. Bandana Dutta Hazarika is a social activist and Jyoti Gogoi is a parent.

Q. What was the response of the families when the film was screened for them on June 21, 2015 at Dhemaji Auditorium?
A. There was pin drop of silence. There were no sounds of weeping or crying or sobbing. It brought home to me the importance of my documentary. When the screening ended, Manashi Borgohain, who was one of the victims, came to me and said, “We will preserve this film. It makes me feel as if my daughter is still alive. That made my day. The State of Assam observes the August 16 of every year as Mourning Day in memory of the innocent souls.