New regime, but many pending expectations

Waste pickers and others have long sought better terms and conditions of work, and to be heard as equals in decisions about urban waste management. The effectiveness of new extended producer responsibilities will keenly depend on these, say Nalini Shekar and Kabir Arora.

A decade ago, the term Extended Producer Responsibility was either found in the textbooks of Environment Sciences or in the forgotten reports of many Parliamentary Committees. At that time, as organisers of water pickers and as environmentalists, whenever we emphasised that producers must pay for recycling or disposal of packaging material, we were ridiculed and mocked. People considered it an alien concept, and told us it would be difficult to implement in India.

Fast forward to 2021, and the National Green Tribunal has ordered the Union Ministry of Environment, Forests and Climate Change (MoEFCC) to frame guidelines for EPR. This is in response to the increasing public and internation pressure to reduce plastic pollution and for resolving the crisis of waste management. Due to increased spotlight on plastic pollution, a lot of large Fast Moving Consumer Goods (FMCG) companies are announcing plastic waste reduction targets. To take this forward, a few of them have put post-production plastic recycling and disposal systems in place, as it is easier to collect and is mostly homogeneous material.

The real test for any EPR is post-consumer plastic waste. Some plastic waste streams like PET bottles, HDPE (water drain pipes, plastic jugs and jerry cans, chairs and tables) have functional and diverse recycling value chains. They do not pose a major challenge. It is the plastic material which brings in zero value, i.e. non-recyclable multi-layered plastic packaging of chips and other edibles, as well as packaging used in shampoo and toiletries, which is the biggest cause of concern.

This material is collected and aggregated by many facilities operated by waste pickers' organisations in large cities. No buyer is coming forward to take them. The only available options, which are neither eco-friendly nor economically viable, are to send these to cement kilns, where they are used as fuel for co-processing or in road construction.

Some companies like Tetrapak, HUL and ITC have set up systems for collection, recycling or disposal of post-consumer plastic. Most of these systems are voluntary, and are in their early stages. India's plastic waste problem is the size of the Antarctic Blue Whale, the largest animal on the planet, and these solutions are in comparison the size of an ant. The problem is not so big that it cannot be solved, but the existing solutions are too small to bring about meaningful change.

Most FMCG companies are not themselves in the business of plastic waste recycling and disposal. Considering the large commitments that will be required and the scale of operations, it will be very difficult for them to get into the recycling business. They will be dependent on 'external agencies' to provide them this support. For this, there is no better ally than waste pickers' organisations and informal waste recycling businesses, which already have the necessary expertise.

India is home to the world's largest recycling industry. Consider Bengaluru city, as an illustration of this. On average, 3500 metric tonnes of plastic waste are traded daily. A significant part of this material is not even accounted for in the official estimates of waste generation in the city. It is picked up by an army of unknown environmental warriors - the waste pickers - and sold to scrap dealers, and from there on to aggregators and finally to re-processors. There are around 95,000 workers in the informal waste recycling sector, and a substantial number of them are women.

Waste pickers and other informal recyclers are subsidising the environmental mandate of the producers, consumers and the government. They are providing an important service, and yet are paid meagerly for this. Recognising their contribution and strength, both Solid and Plastic Waste Management Rules, 2016 mandated their inclusion in waste management schemes. The municipal authorities in Bengaluru have included waste pickers and other informal waste collectors in the door-to-door collection of dry waste (recyclable and non-recyclable inert waste), and in the operations of Dry Waste Collection Centres (DWCCs), which are waste sorting and aggregation facilities set up at the ward level.

Many other municipal corporations have instituted similar measures. The integration of waste pickers is an ongoing process, and it complements the existing low-cost informal waste recycling chain. But much more is needed. Most of the existing informal and formal recycling units operate out of crumbling infrastructure, provide less than fair remuneration and no safety net for the workers. These include DWCCs, material recovery facilities, scrap shops, aggregation centres, waste material godowns, and small recycling factories. Any proposed EPR system should be considerate of these realities and actors.

Picture: Hasiru Dala and other organisations have helped bring informal waste workers to the attention of municipal and regulatory authorities, but much more is needed to be done for their welfare. (Photo source: hasirudala.in)

Since the launch of the Swacch Bharat Abhiyaan, and thanks to the work of many organisers, many cities now have waste pickers' organisations, self-help groups and cooperatives in place. Some organisations allied to Hasiru Dala are carrying out large-scale operations of collecting and aggregating various streams of waste. Some of us have partnered with a few FMCG companies to pilot and innovate EPR systems. But all of these have been voluntary, and carried out almost as goodwill by the companies. These voluntary systems will not last long, and that is why there is now a push for a mandatory EPR regime at the national level.

Those who are engaged in informal waste recycling should be recognised as entrepreneurs, and supported through the new EPR system that gets established. There are a few primary needs that the system should meet. The current system of recycling is largely opaque to outsiders, and one of the first goals must be to change this.

The most important elements of EPR will be transparency and traceability of materials. FMCG companies are formulating targets, and would like to see results against their commitments. Transparency and traceability of material flow is also important to ensure that there is verifiable accounting of the costs as well as the materials sent for recycling. Leakages of materials can also be avoided this way. Opaque informal recycling systems and transparency seem to be distant twains, but they need to meet.

The regulatory regimes of labour, taxation, urban planning and pollution control have always scared informal recycling entrepreneurs. Most informal enterprises function with the constant fear of eviction and displacement. If they are to be included in the EPR framework, they must be able to stop fearing the regulatory systems. Waste pickers' organisations can help achieve this. We have the networks among waste pickers themselves and with the informal recycling supply chains, and can therefore be the bridge between the informal sector and the FMCG companies, and with the government.

To be such a bridge, the first thing we ask for is a seat at the table (as equals) where the nitty-gritty of EPR system is discussed and decided. The second is upgradation of infrastructure in every sense - physical, technological, social as well as financial. The current dilapidated infrastructure needs physical improvements as well as upgrades to technology. Investments in the infrastructure of recycling in consultation with waste pickers' organisations and others in the informal sector is needed. The urban and rural local bodies, whose jurisdiction includes plastic and waste management, must also participate in decision-making.

Training is an area where waste pickers' organisations can help powerfully. Thanks to our long experience in organising training sessions and workshops on a large scale, many of us have developed and fine-tuned effective methodolgies. This expertise is already recognised by both governments and consortiums of private bodies who regularly approach us to train public officials as well as others outside government who are involved in waste management. Financial and intellectual investment in existing training systems of waste-pickers organisations can create more spaces for collaboration and innovation.

Our third and most important expectation is that the focus should be clearly on post-consumer, non-recyclable materials, and on fair remuneration for its collection, aggregation and transportation. Most streams of plastic waste materials have some sort of recycling already going on, but these lack standards, especially for fairness in wages. If we are able to establish fair standards of engagement with waste pickers, that will boost the confidence of the informal waste recycling sector at large, and motivate more people to join it.

These three expectations - representation and consultation, capacity building and infrastructure upgradation, and fair remuneration - have emerged from long deliberations among waste pickers' organisations and many others involved in the informal recycling supply chains. If these basic requirements are met, India can have an outstanding EPR model.

Series : This article is extracted and adapted from a series of reports by the wastepickers' organisation, Hasiru Dala, on implementation of new regulations that will place Extended Producer Responsibilities on companies whose products end up as waste. 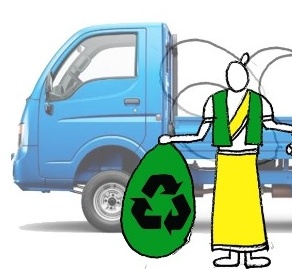 An inclusive EPR regime is possible
02 May 2021 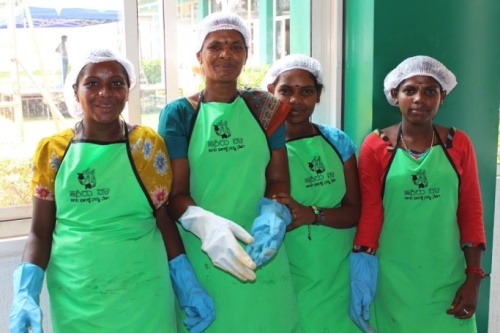 Decentralisation is better for developing economies
17 May 2021 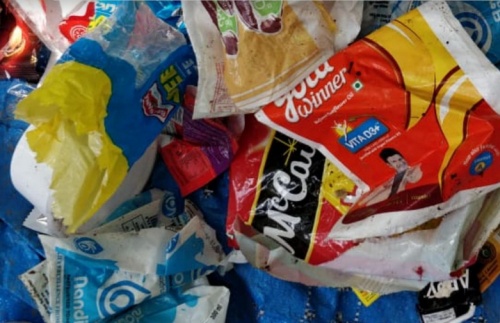