The rise of migrant child labour

This is the first part of a three part series on child labour in Kerala by Navya P K, who is reporting on this topic for PII-UNICEF Media Fellowship, which was awarded to her recently.

Thirteen year old Amina*, a domestic worker at an affluent household in Kerala, ran out of her employer’s house on a Sunday morning in 2015. She cried to a passerby to take her to her home in Chittoor in Andhra Pradesh. A crowd took her to the nearby police station, where an FIR was registered only two days later. Amina said that she was made to do hard labour, and was physically and verbally abused by her employers.

Last August, Sara*, a 17-year-old girl from Chikballapur in Karnataka, died at the house of her employer in Kannur district in Kerala. Her post mortem report says that her stomach was half full of a fluid - which the doctor suspects to be toilet cleaning liquid - and that her hymen had been lost earlier. The report indicates sexual assault and murder/abetment to suicide, but these charges have not been made out against Sara’s employers in the FIR. Only a case of bonded labour has been filed against them, and there has not been much further investigation. 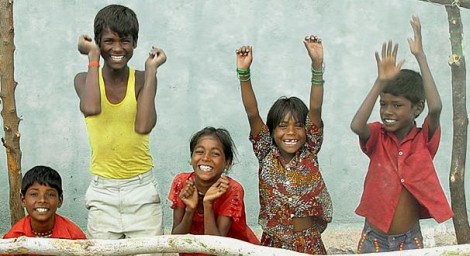 Child labour is on rise in God's own country. Pic: Shirish Khare

Cases like these, of migrant child labourers and severe exploitation they face, have been increasing in Kerala in the last few years. In previous decades, child labourers in Kerala were mostly from within the state or from Tamil Nadu. Their numbers gradually reduced, thanks to the interventions of the State and NGOs. Census data estimates that child labourers aged 5-14 years in the state decreased from 1.1 Lakhs in 1971, to around 21700 in 2011.

But now the migrant children from states as far as Jharkhand and Arunachal Pradesh are coming to work here. There are no accurate statistics of these migrant child workers as they are largely invisible, often working within homes, cottage industries or in the back rooms of establishments. The migrant status of these children make them highly vulnerable. Data on identified child labour cases lie scattered across different government departments, and it is not compiled.

Police and Labour Department can register cases against those who employ children. But the number of registered cases is low. Most cases come to the NGO Childline, which gets distress calls. In the last couple of years – from April 2014 to September 2016 – Childline received 572 cases of child labour. This included 116 cases of domestic work, 44 cases of bonded labour, 100 of hazardous work, 151 of beggary, 91 cases where children employed in restaurants/dhabas and another 34 of children employed in family units. Even though cases continue to be reported from every district, the state has declared some districts as child labour-free.

Who are the child workers?

Child workers who come to Kerala are from extremely deprived backgrounds, either brought by parents themselves or trafficked by agents. In trafficking cases, agents collect big amounts from employers, and give only a small lump sum amount to parents. Children are forced to work long, arduous hours, and often suffer physical abuse, and sometimes even sexual abuse.

Children below 14 years mostly do domestic work; some also work in hotels, shops and cottage industries. Work among children below 14 is completely prohibited by Child Labour Act, except when the child is doing non-hazardous work in a family enterprise or as an artist. Children aged between 14-18 years work in many different industries, including construction and catering. Child Labour Act prohibits their work in only a few hazardous industries, and mentions certain conditions for their work.

Last year, around 10 domestic workers were rescued in Kannur district. These children revealed that they were forced to work from 4-5 am till late in the night, everyday. They were given breakfast only at 11 am after everyone else in the house ate, and even then were not given enough food. The children - one of whom was only nine years old - were made to cook, clean and do hard physical work; many were abused verbally, and sometimes physically. There was also one case where a child domestic worker was sexually abused for months. All the children worked in affluent households. In some cases, the parents had been promised that the children would be given jobs or education, while some parents had been paid a lump sum and children made to do bonded labour.

In contrast, children within Kerala rarely drop out of school or go to work. According to the Kerala State Planning Board’s 2013 Economic Review, student dropout rate from schools in the state is only 0.53%. Those who do drop out are often from marginalised tribal and fishermen communities.

Patterns of child labour vary across districts. For instance, children have been rescued from cottage industries in Kozhikode and Malappuram districts in north Kerala. In Kozhikode district, over 100 children – including those below and above 14 years - were rescued through raids in footwear-making cottage industries two years back.

In Thrissur district, children below 14 years work in jewellery-making industry and in shops, including in branded showrooms and malls, says PO George, Chairman of the district Child Welfare Committee (CWC). Since 2014, Thrissur CWC has taken action on 51 cases of child labour. George says that the public do not report cases to Childline unless the children seem very young.

In Ernakulam district, children aged 4-6 years are made to play Nashik dhol, a type of drum, says Santhosh Kumar, former District Project Officer, Sarva Shiksha Abhiyan. “This can lead to hearing loss. There are such paid troops now, about 10 troops or so per panchayat. Children are also seen working in roadside eateries,” he says. Children are used in hazardous work in plywood industries in the district as well.

In Trivandrum, there have been reported cases of migrant children selling articles in tourist areas like Kovalam. Migrant children were also reported to be working in plantations in Idukki district.

A committee was set up by the Kerala State Commission for Protection of Child Rights (KeSCPCR) to study this. Prof Cherian Kurian who was part of this committee, says that children come along with their parents from the north Indian states. “Adult migrants started coming here only recently. Initially only men came, but due to shortage of labour power, there was scope for work for women also. So families started coming. Children may work actively or help their parents,” he says.

A further report by KeSCPCR here found that migrant children were not going to schools, as schools were far away and public transport was poor. Schools and anganwadis lacked basic facilities and there were not enough teachers. The report said that such conditions existed in all plantation areas in the state.

M P Antoni, Convenor of Kerala Child Rights Observatory (KeCRO), says that child labour in Kerala reflects an attitude problem in our society. “We make adult migrants work in exploitative conditions, and treat migrant children the same way. Another attitude is that these children are better off because of the work we give them,” he says.

Activists say that child labour here is not due to lack of awareness, but because children can be exploited easily. They can be made to work for a longer time compared to adults, will not talk back, and can substitute for local labour power that has been steadily declining.

Amongst the local children, there are cases of tribal children being used for work. While tribal boys are employed in cardamom, betel nut and palm fields, girls are used for domestic work. Many are instances of forced labour, says activist Dhanya Raman, who has rescued such children. “Most of such cases are in Wayanad district, which has the highest tribal population in the state as well as has many plantations.”

She narrates the case of a girl who hailed from an isolated tribal colony named Cheepram in Wayanad. The girl was rescued after a year of forced domestic work in the house of a lawyer in Ernakulam district. “She had gone to work for a week, so that she could buy clothes before joining a hostel in 11th standard. She was the first person in the colony to ever complete 10th standard.” The girl’s father had died and mother was unwell. “When we rescued her, she was no more than a skeleton,” says Dhanya.

In the fishing community too, children tend to drop out of school and start working. “In Trivandrum, around 40 children - all aged below 14 years - were rescued while working in bakeries or dry cleaning centres in the last three years,” said Jobi A P, Childline coordinator here.

Julian Teeler, Chief Executive of the South Indian Federation of Fishermen Societies (SIFFS), says that many boys in fishing communities drop out by 7th or 8th standard. “Dropping out is less among girls as parents monitor them more and also because education is considered important now for marriage prospects. There are no coordinated efforts by government and local organisations to target specific children who drop out and put them back in school. Government’s efforts are very generic,” Teeler says.

No protection for adolescents

The newly amended Child Labour Act says that adolescents can work, but lays down some conditions for this - that the adolescent should get a one-hour break after three hours of work, should not work for more than six hour stretches in a day, should not work after 7 pm etc. In reality these conditions are not followed - children are made to work throughout the day, without breaks and for very little pay.

In catering industry, children through the day, work for less than half the pay of an adult. Local children, especially those living in slums and colonies, also do this work. A catering job often lasts through a weekend, during which the children work and stay alongside adults.

George says that these children sometimes are exposed to homosexual behaviour from adults, and to the use of drugs and alcohol. “Children aged around 14 years bunk school on Friday afternoon and go for catering work till Sunday. After a while they start using drugs. If they are found to be trustworthy, they may be used for carrying drugs, and later as informers by sand mafia or even ‘quotation' gangs. Parents start noticing problems only when the child starts showing many odd behaviours.” George says that CWC gets at least one case per week of a child using drugs, and that many of these children were introduced to drugs through catering work.

Antoni of KeCRO says that adolescents also work in baking units which has a high demand for manpower, as well as in painting jobs where they get exposed to chemicals.

A survey in Trivandrum city by the NGO Don Bosco Veedu and Integrated Child Development Services (ICDS) in 2014, had identified 140 street children. Of them, children aged 15-18 years were found to work in timber cutting units, zari units, laundry, garages etc where they earned Rs 100-200 daily. George and Antoni say that children aged 14-18 years are made to work even up to 14 hours a day.

Hardly any cases are registered against employers and traffickers of child labourers, and even in registered cases, they are let off easily. Read part two to find out why.

*Names have been changed to protect identity