A serpent in paradise

The UGC and the Ministry of HRD must rehabilitate a fine scholar persecuted merely for asking that a place of learning focus on the practice of learning, writes Ramachandra Guha.
14 February 2010 -

I have travelled through 23 states of the Indian republic. The state that I visited with the most anticipation was Arunachal Pradesh. For my life was transformed by reading about Arunachal as a student. I was enrolled for a degree in economics, when, in the college library, I picked up a copy of a book called The Tribal World of Verrier Elwin. This related, with uncommon sensitivity and wit, the story of an Oxford scholar who had made his home with India's tribal people. In terms of form and content, the book made a striking contrast to the technical papers that I was assigned to read in my study of the dismal science of economics.

After reading Elwin, I switched fields, from economics to sociology. His works provoked me to dig deeper into the tumultuous and at times tragic history of the adivasis. Elwin spent some 20 years in central India, studying and writing about tribal communities in what is now Chhattisgarh, Madhya Pradesh and Orissa. After Independence, he became an Indian citizen. In 1954, he was appointed adviser on tribal affairs to the North-Eastern Frontier Agency, as Arunachal was then known. Until his death 10 years later, he travelled to every corner of this large, diverse, and impossibly beautiful territory located at the borders of India and China.

The tribes Elwin studied in the Indian heartland were often depressed and demoralised: exploited by moneylenders and landlords, their forests usurped by the State, their culture patronised or disparaged by reformers. On the other hand, he found that the tribes of NEFA had been protected by their remoteness. In control of their lands and forests, and free of missionaries, whether Christian or Hindu, they displayed a strong community solidarity, and took pride in their artistic and musical traditions.

Elwin hoped that an enlightened government would work to integrate rather than assimilate these tribes. To be sure, they needed access to modern medicine, science, and education; but without losing control of their own economic resources, and while continuing to uphold the best aspects of their own culture.

Reading Elwin in university, I resolved that I must, when I could, travel to those parts of India that had left such a deep impress on his mind. In the early 1990s, I visited the villages in the Mandla district of Madhya Pradesh where he had lived some 60 years before. I also went to Shillong, his headquarters in his NEFA years, where I met his widow and her children. My next stop on this interrupted Elwin trail was Bastar, where he wrote some of his best books, and which is now an epicentre of the conflict between the Indian State and the Maoist rebels. I came to Arunachal last, which was not inappropriate, since it was here that Elwin spent the last years of his life.

Exactly two years ago, I drove from Guwahati across the state of Assam to reach Itanagar, the capital of Arunachal Pradesh. I spoke at the university, travelled through parts of the state, and met a cross-section of its intelligentsia. Two Arunachalis deeply impressed me. One was Jarjum Ete, who was then the chairperson of the state's women's commission. Jarjum was intelligent and articulate, rooted in her state yet well informed about the wider world. She would, I thought, make a splendid minister in the Union cabinet. The other was Moji Riba, a young film-maker who was documenting the impact of modern technologies on the culture and lifestyle of the different communities in Arunachal. 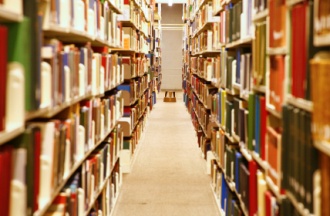 On January 25, a band of thugs vandalized the home of the vice-chancellor of the university in Itanagar, and beat up the VC himself.

I also met two anthropologists who were not 'locals', yet were doing fascinating and important work in their adopted state. These were Sarit Chaudhuri and Sucheta Sen Chaudhuri. Both worked in the Rajiv Gandhi University in Itanagar, teaching in the Arunachal Institute of Tribal Studies. Originally from Calcutta, the Chaudhuris had come to identify wholly with Arunachal and the Arunachalis. They had a close bond with their students, and an extensive knowledge of the state and its people. Shy and understated in a most un-Bengali fashion, this anthropologist couple were fiercely committed to their vocation. Had Elwin lived long enough to meet them, he would, I thought, have been as impressed as I.

My first trip to Arunachal left me asking for more. I promised myself I would come back, to visit places in the interior, such as the monastery town of Tawang, of which Elwin had written so evocatively. Late last month, however, I received some very sad news about the campus, town and state of which I had warm memories.

On January 25, a band of thugs vandalized the home of the vice-chancellor of the university in Itanagar, and beat up the VC himself. This violation of the university's territory and sanctity deeply upset the teaching staff. The next day, Republic Day, Sucheta Sen Chaudhuri issued an appeal urging that the perpetrators of the vandalism be brought to book. For this act of plain decency she was rewarded with a case being brought against her for allegedly violating tribal sentiments. She was arrested from her residence, and granted bail only with the utmost difficulty.

Sarit Chaudhuri and Sucheta Sen Chaudhuri are incapable of wounding anyone by word or deed. Meanwhile, by word and by deed, this gentle and scholarly couple have made manifest their love of Arunachal and its people. That they can be cruelly made scapegoats in a controversy of other peoples' making shows that there is something horribly wrong with our criminal justice system. How on earth could the Arunachal police have arrested a devoted woman teacher on the basis of such a tendentious first information report? And how could the court have entertained the charge?

Verrier Elwin had hoped that by promoting economic welfare and cultural renewal, the state would make the tribals of Arunachal equal partners in the nation. His voice was little heard in his lifetime, and contemptuously disregarded afterwards. State policy towards this still beautiful region has instead focused on the one hand on the exploitation of natural resources, and on the other, on throwing money into the hands of a few well-connected people.

Thus, the large dams being built on the state's rivers inundate lands and forests in order to provide Delhi and Mumbai with more power. Meanwhile, the large offices and campuses being built in the state's towns promote corruption among a previously communitarian society, creating factions and divisions, rivalries and suspicions.

Itanagar is far away from Calcutta, and further away from Delhi. Recent crimes against women in or around the country's capital have attracted much attention in the mainstream media. However, the sufferings of Sucheta Sen Chaudhuri have been ignored by newspapers and television channels operating out of Delhi. Neither have newspapers in the Northeast written about the matter. One trusts that the University Grants Commission and the ministry of human resource development shall not be so insular or callous. They must act to restore peace and the regular routine of teaching in this Central university, and act also to rehabilitate, with full dignity and honour, a fine scholar persecuted merely for asking that a place of learning focus on the practice of learning.

Vulnerable to more than the virus
MORE ARTICLES
on similar topics ...
EDUCATION