The way ahead for women

However imperfect, the National Commission for Women should not be disbanded. Instead, it needs to be debated and held accountable to its original mandate, writes writes Kalpana Sharma.
08 September 2012 -

The monsoon has failed in large parts of India. But so has Parliament, in its monsoon session. With the political gridlock between the government and the opposition, all work has come to a standstill. One of the casualties of this may be the inability of the government to pass the Protection of Women Against Sexual Harassment at the Workplace Bill. Similarly, although the Sexual Assault Bill has received Cabinet approval, it is unlikely to become law just yet. And of course, the Women's Reservation Bill, despite being passed by the Rajya Sabha is likely to remain in limbo forever.

Even if Parliament were to work as it should, and all such laws were passed, would this make a difference to the rising graph of all kinds of crimes against women? Can stronger laws stop these crimes unless the machinery to implement them works?

In the aftermath of the Guwahati incident and more recently the attack on a group of young people in Mangalore by the Hindu Jagaran Vedike, these questions have been asked. Additionally, the effectiveness of the National Commission for Women (NCW) has been questioned. Like the proposed laws, the NCW was instituted to intervene on issues that affect women. Yet, the kind of statements made by NCW members, including its chairperson, after these incidents, makes you wonder whose interests they represent. When you have members who reveal the name of a sexual assault victim, or you have a chairperson who tells young women not to get offended by sexist remarks, and still others in the State women's commissions, instructing women how to dress if they want to be safe, you have to seriously ask whether the NCW can do anything for women. 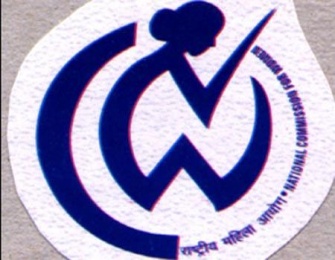 Apart from failing individuals, there is little evidence of the NCW initiating legal changes. Its members rush off to the site of an atrocity, and after that nothing more is heard about what followed.

•  Who defines obscenity?
•  NCW: A gallery of failures

And yet, the NCW is needed. Its future should certainly be debated, but will disbanding it . as demanded by some in the wake of the Guwahati incident . really help? Or is it more important to remind ourselves, and the members of the NCW, of its real mandate and hold it accountable?

In her moving book, They Hang (Women Unlimited, 2006), Syeda S Hameed, currently a member of the Planning Commission, recorded some of the stories of the women she encountered during her three-year term in the NCW, from 1997-2000. She writes, .Our mandate was to make systemic changes so that violence could be killed at its roots, but we ended up fighting individual cases. My own instinct was to bring immediate relief to the sufferers because systemic change is a slow process..

Yet, she says that even this, bringing immediate relief to a few, was difficult and asks, .During my three years as a member, was I able to deliver justice to the women who appeared at my door? Did any State functionary click to attention at my call? I can count on the fingers of one hand the cases which came to a successful conclusion..

Things today are not that different from the times Syeda Hameed describes. If anything they are worse. According to data used by NDTV in its discussion on the NCW, out of 6,700 cases that came before it by May 2012, only 60 had been heard. Apart from failing individuals, there is little evidence of the NCW initiating legal changes. Its members rush off to the site of an atrocity, and after that nothing more is heard about what followed.

The NCW was set up as a statutory body in January 1992, in response to a recommendation first made by the Committee on the Status of Women in India. It was mandated to review legal and constitutional safeguards for women, recommend laws and be an advisory body to the government on all policy issues relating to women.

Two decades later, has the NCW fulfilled this expectation? If people believe it has not, it is in large measure due to the kind of women selected to serve on it, and particularly to head it. The latter is always a political appointment. While political allegiance need not necessarily be a minus point, when it takes precedence over other qualities, then there is a problem.

Before the NCW's credibility is further corroded, by its own actions and the attitudes of its members, the government should set in place a process that ensures that the person chosen to head it is someone with stature who is also independent and competent. It is not difficult to locate such women. This would go a long way to convince ordinary women that the NCW can make a difference to their lives. The second step is to ensure that at least half its members have grass-roots experience of dealing with women's problems.

If these two steps are taken, then there is hope of the NCW becoming an effective body looking out for women's rights, instead of one that sometimes undermines them.