One woman dies every eight minutes due to complications arising due to pregnancy such as sepsis, haemorrhage or obstructed labour. These deaths could be avoided if there is timely medical intervention, writes Kalpana Sharma.
10 September 2010 -

"She gave birth, died. Delhi walked by". This was the headline of a six-column news item on the top of an inside page in Hindustan Times (29 August 2010). Illustrated with four telling photographs, the story was about a pregnant and destitute woman, who lay on the footpath of Delhi's busy and well-frequented Shankar Market, which is adjacent to the iconic Connaught Place. Thousands of people must have passed her, but no one spared a glance at what appeared a bundle of rags covered in a red cloth.

On 26 July, this woman gave birth, unaided by anyone. The cries of the newborn infant caught the attention of some of the shopkeepers and one of them, the owner of a garment shop, picked up the baby. The mother apparently refused help and died on that same spot where she had given birth, four days later. The police came and removed her body and took the child, who had been in the care of the Good Samaritan until then, to a foster home.

This is an item that should have been on the front page of all our newspapers because it illustrates two things. One, the increasing indifference of people who live in our metro cities, who are so absorbed with their own lives that they don't even look around to see how other people survive or die. We have lost our ability to see, to feel. No one wants to get involved. There is a fear that you might be asked to commit more of your time, your resources, your emotions than you are willing to do. So our eyes glaze over, we look the other way and we walk away.

And two, it brings home the reality of maternal mortality in this country where even as we boast of becoming an economic super power and the media celebrates the few Indians who are joining the list of the richest in the world, millions of our women are dying in the process of giving birth to a child. 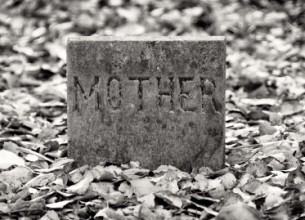 India's current Maternal Mortality Rate is 254 in 100,000 live births. Half of all maternal deaths in South Asia occur in five Indian states - Rajasthan, MP, UP, Bihar and Orissa.

•  A steep price for motherhood
•  Who cries when mothers die?

Of course the story of this woman, whose name we do not know, is one extreme. But it should remind us that this is the reality that we have to address in this country.

One can just imagine with rains and the floods that have taken place in the last months how many more such nameless women there must be on the streets of Mumbai, Delhi, Chennai, Bangalore, a part of the thousands who have no shelter, who have to sleep out in the open. All our cities, particularly Delhi but other cities too, are in the midst of a huge construction boom. This is bringing in thousands upon thousands of people from the surrounding areas. Those who have a skill and find regular work in these construction sites are possibly provided temporary shelter by the contractors. But many more do causal work, as and when it is available. The rest of the time they do what they can to earn a few rupees everyday, sometimes send their children out to beg and find whatever place they can to sleep.

In Mumbai, for instance, the fancy new skywalks that have been built connecting railway stations to business hubs have become temporary homes for these homeless people. It is an eerie spectacle to see these bodies laid out in a row, all ages, men, women and children, some sleeping under mosquito nets strung to the side of the skywalk, somehow catching a few hours rest under the relentless yellow light that shines all night. By morning the skywalk reverts to being what it is meant to be, a pedestrian walkway. No one can complain or say anything because there is no solution. But what happens to the children, especially the small babies, what happens to the women, some of them fairly young who become pregnant and have no recourse to any healthcare?

For the other side of this tragic story from a busy street in our national capital is that one woman dies every eight minutes due to complications arising due to pregnancy such as sepsis, haemorrhage or obstructed labour. These deaths could be avoided if there is timely medical intervention. But such help is hard to come by if you live in a remote area or if you are poor woman in city or village. Even if you get some help, it is often too late to make a difference between life and death.

India's current Maternal Mortality Rate (MMR) is 254 in 100,000 live births. According to the World Health Organisation (WHO), half of all maternal deaths in South Asia occur in five Indian states - Rajasthan, MP, UP, Bihar and Orissa. We have committed ourselves as part of the UN's Millennium Development Goals (MDGs) to bring the MMR down to 109 by 2015, in just five years. Is that possible?

The central government has launched the Janani Suraksha Yojana (JSY) to specifically address the problem. It provides cash incentives to women who choose institutional delivery in the belief that this will reduce maternal mortality. If we believe official data, then it would appear that many poor women are benefitting from the scheme. For instance, according to one report, two months before the destitute died in Delhi's Shankar Market, another poor woman living in an open park near the Nizamuddin Dargah was lucky enough to be found by an NGO that helped her get the benefits under this scheme. As a result, the baby girl she delivered in the park has a chance to live, she has a birth certificate unlike others like her, and the mother too is receiving healthcare.

Sadly, just as the exception in the case of the woman who died on the street does not make the rule, neither does the woman who survived in the park. Cash incentives in this country have usually led to corruption and fudging of data. This is already evident from reports from Bihar and Jharkhand. Also, the media often remains content with reporting official figures without investing in investigating what is actually happening on the ground. The few investigative stories that do appear on healthcare tell a very different story. They inform us of the struggle poor women face to reach a hospital, how they are either turned away or have to wait as there are no trained personnel around. As a result, regardless of new schemes or incentives, they are either too weak to survive childbirth or die because the promised help never turns up.

Maternal mortality means women are dying of causes not related to diseases or epidemics. Their ability to survive something like childbirth is inextricably linked to poverty, malnutrition and the absence of basic healthcare. We can set ourselves all kinds of targets but a realistic plan to improve the survival chances of millions of Indian women is to ensure that our systems of healthcare actually cater to those at the bottom of the economic pyramid, women like that poor, nameless destitute in Delhi.