A fuller picture of ourselves

Kirthi Jayakumar's Game Changers is more than a collection of profiles of remarkable women, and not just joyful reading. It is an opportunity to learn the past and the present of the country in a more complete way, and understand the role women have always played in it, writes Raakhee Suryaprakash.

Authors find inspiration for their works in many different places. For Kirthi Jayakumar, her 9th standard history assignment profiling leaders was one such spark, setting her on a quest to find a woman leader to profile beyond the only two (Indira Gandhi and Sarojini Naidu) whose contributions were noted among many male leaders. She chose to profile Margaret Thatcher, but the invisibility of women in books of our history and that of the world irked. She decided that it should be changed. Many years and a lot of research later comes Game Changers: Untold Stories of Indian Feminists from the Past and the Present, her compilation of crisp biographic profiles of path-breaking sheroes from India's past and present.

With these profiles of 47 feminist leaders from India's pre-independence era to the present who "Fought for Inclusion," "Expanded Law and Policy," and "Broke New Ground in Public Spaces", to quote the three part titles of the book, Jayakumar has uncovered and highlighted lost and misplaced gems of history and put them front-and-centre in this her-story of "narratives that have been talked over, written over, and if at all, presented in the shadow of men." Game Changers also serves as a compendium of the feminist movement in continuum with Indian feminists who "Lit the Torch" and the modern Indian feminists who are "Taking Her Legacy Forward."

The foreword by Anjelica Aribam sets the tone, emphasising the characteristics of the sheroes featured as well as the author, Kirthi Jayakumar herself - Commonwealth Scholar, lawyer, writer and peace educator. Aribam, who describes herself as a "fourth-wave feminist working at the intersection of race and gender", highlights the feminist and intersectional nature of those featured in the book. The stories are from all over India, chronicling the strife, struggles and perseverance of brave Indian feminists who challenged the unfair status quo and created new avenues of progress for Indian women and marginalized sections - thus intersectionally addressing the problems of gender long before it was even a term!

The names of some who have been profiled have become well-known, yet the inspiring facets about them uncovered by Jayakumar make for great reading. For me, this book has been eye-opening despite knowing a few of these wonder women as well as the organisations and movements they're part of. Others are less well known, but their work too has been significant. The breadth of the work also gives the reader a better sense of a how much more there is to be done to clear away patriarchal paths and ensure equity through gender justice, social justice, environmental justice and climate justice, and more. And a lot of this has been achieved against tremendous odds and often at great personal cost.

In a collection like this, we see the fullness of the lives each of these women has led, and learn about those who nourished them too. For instance, Savitribai Phule's contribution to educating girls and empowering women and the marginalised has slowly but surely been revealed. Yet it is nearly forgotten that it was a Muslim woman, Fatima Sheikh, who sheltered the Phules and helped them start their movement to educate and empower others. It’s heartening that her contributions were publicised more widely with the Google Doodle on her 191st birth anniversary (9 January 2022).

We also see how successful leaders spread their impact, by bringing together multiple stakeholders around a problem. The transgender activist Akkai Padmashali's efforts are a case in point. The Ability Foundation, founded by Jayshree Ravindran is well-known in Chennai and Tamil Nadu, but its impact has been much wider, including beyond the country. By highlighting the potential of disabled persons, and speaking up for their rights and inclusion, Ability has helped find jobs for them with numerous employers. With the vital nudge from the foundation, many other institutions - schools, colleges, corporations, and even states - have become more inclusive. 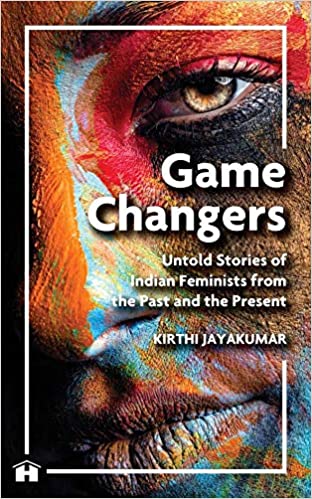 Justice Leila Seth's TED talk urging society to ensure women have inheritances, not dowry, is a popular one, as well known as the fact that she is the mother of author Vikram Seth. Yet there's so much more to the first woman chief justice of a State High Court. Aruna Roy's work in the fields of right to information and right to work have been influential at the very top of policy-making and legislation in India, and benefited hundreds of millions of people. Nirupama Menon Rao's stellar foreign service career was filled with numerous firsts well before she became the Foreign Secretary. She was the first woman spokesperson of the Ministry of External Affairs, the first Indian woman High Commissioner to Sri Lanka, the first woman Ambassador to China. In several of these postings, she broke new ground, not only in service, but also in the work she did.

Many others - Martha Farrell, who wrote one of the first books on workplace sexual harassment in India, Shampa Sengupta's work on gender and disability, Hansa Mehta, who helped make the Universal Declaration of Human Rights' phrasing gender-inclusive (changing the ubiquitous "all men are created equal" to "all human beings are created equal") ... the lives of each of these women should probably be a book by itself. Jayakumar's snapshots of the contributions of these women lives up to the promise in the blurb, "An attempt to acquaint the current generation with the women who changed the face of history and to whom we owe many of our rights and liberties".

Kamla Bhasin's contributions to peace building are well-known. Jayakumar places her work in the continuum of the efforts of activist freedom fighter Anis Kidwai, widowed in the communal riots whose efforts later helped recover women abducted during Partition. Connections like this help the reader gain contextual knowledge of Indian history, and the way struggles have evolved. Sofia Ashraf who went viral with her rap-songs for environmental campaigns, Gaura Devi's link to the Chipko movement, Jamuna Tudu - the Lady Tarzan of Jharkhand - and her Van Suraksha Samiti (Forest Protection Society) are all oxygen to environmentalism in India.

Dr Swarna Rajagopalan's organisation Prajnya holds the "16 Days of Activism against Gender-Based Violence", which I follow annually. Prajnya's 2016 Gender Equality Election Checklist is something I share every election season, yet I learnt so much more about her efforts at the intersection of peace and gender equality from Jayakumar's book. More so when seeing her work as carrying forward the torch-bearing legacy of Ammu Swaminadhan - freedom fighter, Member of Parliament, dalit and women's rights activist who helped shaped the Indian Constitution as well as Indian history.

There are resonances and echoes in the lives of these Indian women leaders that are enlightening. But Game Changers is more than a collection of memories of the women it profiles, and not just joyful reading. It is an opportunity to learn the history of the country in a more complete way, and understand the role women have always played in it. The next 9th standard project on the leaders of India will have a much stronger starting point, thanks to this book.

Game Changers: Untold Stories Of Indian Feminists From The Past And The Present, by Kirthi Jayakumar
(Hay House, 2019), 268pp.