Why voters in Telangana are still puzzled

Days before Telangana goes to polls, Venugopalrao Nellutla examines the lack of exuberance and the dilemmas among people in the region, even as they look ahead to statehood and their own government in weeks from now.

Elections descended on the Telangana region even before the people here could realise completely their dream of a separate state. Voters in the region will be casting their ballot on 30 April -- five weeks before the Appointed Day and the formation of the Government of Telangana, and the jubilation and excitement over the new state has been quite overshadowed by the din around elections.

Clearly, the first election in a state formed after more than six decades of aspiration, four decades of agitation, at least 15 years of militant struggle and five years of hope and despair that claimed over 1500 lives, does not seem to be as enthusiastic as one would expect it to be.

There are a number of reasons for this lukewarm response. The most prominent and basic reason is that the elections are taking place in the united state of Andhra Pradesh (AP) and it is common knowledge that the political parties and leaders of AP have had their roles to play in both the selection of candidates and electioneering in Telangana.

Though the Congress formed separate Pradesh Congress Committees (PCCs) for both the states, it has been widely reported that prominent power brokers from residuary Andhra Pradesh influenced the choice of candidates in Telangana. The Telugu Desam Party and the YSR Congress have both fielded candidates in Telangana but the exercise was driven by their high commands from residuary Andhra Pradesh.

Though the TRS, without any presence in residuary Andhra Pradesh, is an exception to this kind of cross-border dealing, it had its own peculiar problem of allotting tickets to at least 40 per cent of its candidates who were known as anti-TRS, anti-Telangana politicians till a few days back. 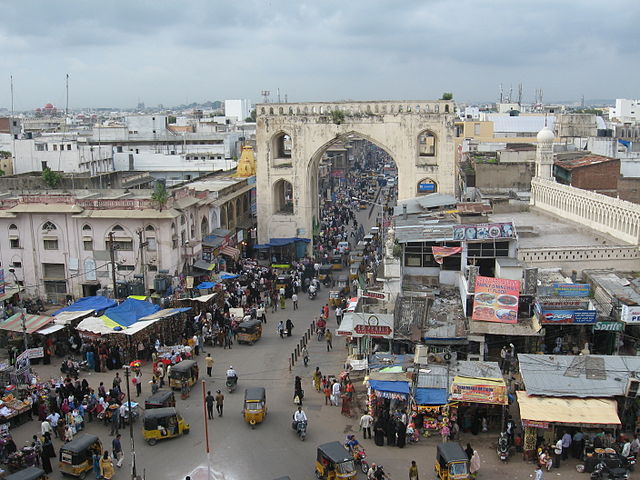 The other reasons causing concern and confusion among voters in Telangana include the lack of clarity on who should get the credit for realising Telangana, whether the Telangana that becomes a reality on 2 June was the one for which they had fought, who would be better placed for reconstruction of Telangana, and whether to base choice on party or an individual candidate. These questions are hovering on the minds of each and every voter in Telangana either directly or indirectly and there are as many answers as possible ranging from ‘depressing negative’ to ‘exuberant positive.’

With regard to the credit for Telangana, this is the first and last chance for a Telangana voter to express his or her gratitude to those who made the new state a reality. Here, there are at least three direct contenders and an indirect contender. The Congress says it has given Telangana, the TRS says it brought about Telangana while the BJP says it helped Telangana gain its separation. The TDP also claims that Telangana became possible thanks to its letter to the Pranab Mukherjee Committee in 2008.

With the electoral alliance between the TDP and BJP, the number of claimant parties in each constituency has come down to three, but there are at least half a dozen real participants who had been part of the Telangana movement for the past many years but who became disgruntled after being denied tickets by their own parties. Those lucky enough to get a ticket in some other party have jumped, but the rest are contesting as rebels or independents.

In each constituency, therefore, there are at least five or six seekers of gratitude, making the voter perplexed. Political pundits say that the Telangana voter is wise and knows the relative contribution of each of these candidates and will vote accordingly. However, there would be only one vote and that too does not allow relative weightage. One can either show gratitude or reject.

Most of the agitators, however, particularly those from various mass organisations, ask why the people from this region should show gratitude at all, given the fact that what has been achieved is not the Telangana they wanted. The Andhra Pradesh Reorganization Act 2014 has at least a dozen provisions that go against Telangana interests. Telangana parties were almost forced to accept the faulty reorganisation legislation in a cornered atmosphere where they were apprehensive of not getting the state ever, if it was not allowed on that last day of the Parliament.

A number of problems have been cited with the Act: Polavaram with its issues of submergence, Resettlement & Rehabilitation, environmental violations, cost and water share is one. Others include unprecedented clauses on common capital, a common High Court, additional powers to the Governor, unfair demographic basis for division of assets and liabilities, common admission process in educational institutions for ten years, and the like.

Another dominant grouse of the people relates to employment options. In the case of bifurcation of other states, state employees were given options to choose the state in which they would like to work. But in the case of Andhra Pradesh, the contention of Telanganites was that the jobs, which should have come to them as per the Gentlemen's Agreement, Fair Share principle and Presidential Order, were taken over by people from Andhra.

These issues are potential triggers of anger among tribals to be displaced due to Polavaram, employees and students denied of their educational opportunities due to ten more years of common admissions, which incidentally form the three sizable sections that participated in the Telangana movement.

Since the parties including TRS and Congress did not accommodate the leaders on the ground while granting tickets to contest, all these loopholes in the Act are now coming to the fore and it seems that even before the physical division of the state, apprehensions over the futility of division are spreading.

These concerns are also leading to a strengthening of the case for reconstruction of Telangana, a slogan that has become very popular these days. The Congress maintains that it alone has the capability to reconstruct Telangana, since it made way for the state and is going to form the government at the Centre. The BJP-TDP combine also stake the same claim. The TRS, however, says that it is the only party with a vision for Telangana and has fought relentlessly for it for 14 years, and hence should be given the say in reconstruction. The TRS also says that if all the 17 MP seats in Telangana return TRS candidates, they can pressure the Central government to get funds irrespective of which team comes to power there.

In this charged atmosphere, most observers feel that the voters are not swayed by any wave favouring any single party and are going by the relative merits and demerits of the candidates. In normal course, the euphoria over the formation a new state should not have left any scope for such individual preference, but in the prevailing confusion, that seems to be the only option before the voter.

On the whole, the mind of the voter in Telangana is cluttered and chaotic and the immediate provocations or attractions are likely to go a long way in deciding the fate of the candidates and parties.

Venugopalrao Nellutla is Editor, Veekshanam, a Hyderabad-based Telugu Monthly Journal of Political Economy and Society, and has seven books on Telangana and Andhra Pradesh to his credit.