For the great majority of us who are far from the Tsunami disaster, the easiest thing to contribute is money. Finding someone who'll take our money is easy. But a recipient's annual report summarising relief transactions is not enough to tell us how our money was used, says Ashwin Mahesh.
13 January 2005 -

Quite often, in the immediate aftermath of a large calamity, we are deluged by requests for funds to support relief work. In many cases, we are ourselves inclined to ask how we can contribute to those efforts without waiting for someone to solicit our help. These are understandable reactions; at a time of great need for many, there must something we can do to alleviate their suffering. For those of us who are far from the epicentre of the disaster (i.e. the great majority of us) the easiest thing to contribute is money. By one measure or another, we arrive at a figure that balances several factors - the need, our means, our willingness, etc. - and we reach for our wallets, net-banking accounts, and cheque-books.

Finding someone who'll take our money is easy. A simple online search for organisations involved in relief work and would like funding support will usually return thousands of results. On the popular search engine Google, my quick attempt to find pages related to 'relief work tsunami India' found about 60,000 pages. Not all of these are relevant. When search methods and inputs are refined, a few hundred or thousand pages will still be found. Apart from these are the many relief efforts that haven't been catalogued by Google at all. With that kind of reception for our money, the only difficulty is selecting the right recipients.

As an editor at India Together, I am in a fortunate position. A number of development organisations routinely engage us, bringing a broad range of public interest issues to our attention. At times of disaster, these are often the entities most likely to take up relief work; they're often well connected to local communities where they work, and usually the best people to respond. Given India Together's routine engagement of such groups, I have less difficulty identifying worthy recipients of money than most people. On the other hand, most readers - and others - must rely on news sources (including India Together) to bring the right groups to their attention.

But familiarity isn't a clinching argument. Even in organisations known to India Together, primary responsibility for working with us rests with one, two, or a few individuals. We don't really know the whole organisation, and we're almost always in the dark about how they use their funds. We may trust that they use their receipts with integrity and purpose, but we can't possibly verify that in each case.

Even NGOs that raised significant amounts of money post-Gujarat were wondering two years later whether the relief funds should simply be merged with their other pools.

True, once people trust a relief fund, there is often no strong demand for verification of its uses, because we believe that the money will be used for the good reasons they trusted the organisation in the first place. So, one might argue that being able to verify the use of funds is simply a transparent step that the organisation can voluntarily take.

But that is too limited a view of trust-building itself. Organisations are trusted not only for their integrity but also for their capability and capacity to deliver donors' expectations. Many of us who contributed to Gujarat relief efforts trust that our recipients used the money well, but to date have had no indication of where the money actually went. We trusted - and still trust - the integrity of our recipients, but that trust hasn't been reinforced by knowledge of what they did with the money.

The sad truth is, very many people of integrity have no capacity for responding to relief needs on a massive scale. Even NGOs that raised significant amounts of money post-Gujarat were wondering two years later whether the relief funds should simply be merged with their other pools. The virtuous compassion shown at the time of the fundraiser becomes wasted if the organisation has no capacity for rehabilitating communities. 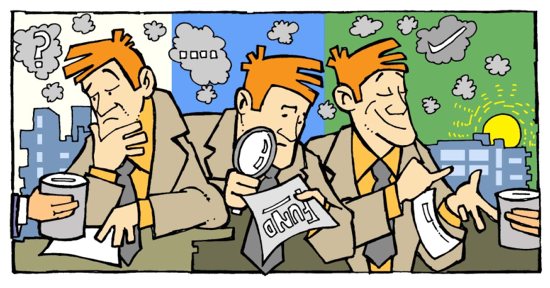 Also, the scale of the destruction moves many to contribute to relief efforts; but some citizens may have previously never known the NGOs they finally supported, and perhaps even never cared for much beyond the security of their own homes and lives. Most rely directly on the mass media for their information.

But some newspapers in India think slum communities along the coast should be 'evicted' from their 'encroachments'; they are now happy to cry themselves hoarse over the suffering of such communities from the tsunamis. This is simply deceitful. Either they care about the poor and the deprived regularly, and alter their reporting to reflect the broad needs of the population, or their sudden burst of compassion is a sham. Any 'trust' that is generated by their passing attention can only be misleading.

Public interest organisations themselves are partly to blame. Even respected ones that do honest work are often not very diligent or transparent in their financial operations. They are extremely good at reassuring you that all your money will be used for the sole purpose for which it is intended, and they are quick and loud with their proclamations of personal virtue - 'selfless', 'sacrifice', 'voluntary'; these words are typical of their descriptions of themselves. But when you actually set out to finding out how your money is used, what you're likely to get is an annual report listing a summary of the transactions the organisation has entered into at the end of each year.

That's not bad, but it's hardly of any use to the average person signing a cheque a day after a massive tsunami hits a thousand communities. Quite simply, public interest groups must do better to assure contributors that their funds are applied with the highest care and sincerity. Recipients of funding must, in the very least (a) provide quarterly accounts, instead of annual ones; (b) allow supporters to make targeted contributions that can only be used for a very specific purpose, and not diverted into or merged with other work the organisations may be doing; and (c) publish the salaries and stipends of their leadership, fellows and important personnel, so that contributors feel reassured that their show of support is not disappearing down the personal coffers of a few people.

While those would make a good start, it is possible to do even better. In recent months, I have begun insisting that organisations that seek my support must, in addition to the above three qualifications, also (d) make sure that no recipient of their funds receives less than the legal minimum wage - at an hourly or monthly rate - in any community that they work in, and (e) stipulate that no person in the organisation can be paid a salary or stipend more than 5 times the salary or stipend given to the least-paid person. My support, like that of many others, is given in pursuit of some social and economic objectives, and I feel no qualms in asking recipients of this support to endorse those objectives unequivocally.

Such insistence has a significant downside. Of the hundreds of organisations whose people and work I have been proud to know, only one has actually taken these steps seriously. And that one is a for-profit company building micro-hydel plants, has not been featured on India Together, and would probably loathe being described as a 'development' organisation. That's not to say everyone else is indifferent to the public good, or corrupt. Far from that. But too often, an organisation's understanding of the public good is not reflected in the practices it has adopted for itself.

A second difficulty with many organisations is a lack of principled focus in fundraising. Numerous organisations are collecting money for relief work, promising to pass it on to the needy. But in many cases, cheques are made out to these intermediaries, rather than the final recipients doing the relief work itself. You can write cheques or make online contributions to organisations that are ostensibly in the business of doing work in education or the environment, but have seen fit to raise money in their own names completely outside those domains.

Some of this is excusable as a necessary response to an overwhelming situation. Still it would be preferable - and more legal too, since the tax-exempt status of many groups requires them to do work within their own domain - if instead of raising funds in their own name, they forged alliances with those directly using the money, and steered the funds directly to them. Without this, unnecessary confusion results.

The government's people leading relief and rehabilitation efforts must be - and be seen as - inspirational figures and capable administrators, not disdained by an disbelieving public. But the reality is quite different.

An important negative contributor in all this is the government - the elephant in the room that no one can ignore. Among the first links India Together added on the 'tsunami relief' page was to the Prime Minister's Relief Fund. The immediate reaction to this was derision - surely we didn't think that the PM's Fund would do any good? More likely, we were told, the PM's Fund and its state-level cousins, the Chief Ministers' Funds, would eat the money, like all government departments in India.

I hope that is not true, but in the absence of higher public information and accountability standards for these funds (i.e. knowing such things as who administers them, what are their backgrounds in development or relief work, is there a running and public record of their finances, etc.) I have no way of disputing such scorn, either.

What is clear is that the government is not seen as a worthy participant in the relief process - with many believing that its involvement will simply add to the distress that is already caused by the natural calamity. That is lamentable. The government's people leading relief and rehabilitation efforts must be - and be seen as - inspirational figures and capable administrators, not disdained by an inbelieving public. But the reality is quite different; newspapers are already reporting government officers demanding bribes to issues 'Presumed Dead' certificates in tsunami-affected areas. If that is any indication of the long-term plans, much distress lies ahead. With the largest player in the field seen as a liability, the battle for relief is nearly half-lost at the very beginning.

An already poor nation with large populations constantly at risk of even further deprivation cannot afford any disregard for its institutions of relief. Civil society organisations and the government alike have a long way to go, before their participation in relief work is seen to be unimpeachable. Amidst wide-spread deprivation, it is always likely that whatever work they do will receive some praise, but this should not blind them - or us - to the larger reality. The public good is a trust; it is served best by those who voluntarily subject themselves to verification of the trusteeship.