Recognising the 'work' in sex work

The Census thinks that prostitutes are not workers, not because they don't work, but because of traditional views that what they do simply should not be counted as work, writes Shoma Chatterji.
25 August 2010 -

The Supreme Court recently signalled strongly to the Census of India that equating homemakers with beggars, prisoners and prostitutes as economically unproductive 'non-workers' is simply not on. This has provided a better-late-than-never impetus to recognising the economic and social important of housewives. In the same breath, however, the court seemed to overlook some others labeled 'non-workers' by the Census, notably prostitutes. This is simply a case of gender bias.

Around a decade-and-a-half ago, social activists and NGOs debated the appropriate way to refer to a prostitute, and following the consensus that evolved then, she is now called a 'sex worker' instead of 'prostitute.' But the Census did not incorporate this change into its definitions, so the sex-worker still remains a prostitute in its logs. But the more glaring omission in the Census is the failure to recognise the economic aspects of sex work. There has never been any doubt that the sex worker provides her services for a fee, and this exchange is her means to livelihood. The Census has failed to recognise this, and even the Supreme Court did not notice this, while it was hauling up the Census for its callous ignorance of the homemaker's contribution.

In any event, this change in nomenclature probably arose to bring these marginalised and stigmatized women within the mainstream. That the status quo of the prostitute has not changed with this change in her nomenclature is common knowledge. It has only vested her with a false sense of self-esteem which she does not really possess.

Who is a prostitute? In Indian law, prostitution is defined as the act of a female who offers her body for promiscuous sexual intercourse for hire, in exchange for money or kind. The two conditions that can define a woman to be a prostitute, according to the Suppression of Immoral Traffic in Women and Girls Act, 1956 (amended in 1987 by the Amendment Act 1986 with the name changed to read "Immoral Traffic (Prevention) Act" and the 2006 Bill are (a) that the female has to offer her body for indiscriminate sexual intercourse, and (b) that she should do so for some financial consideration. This is the legal definition which clearly spells out that she is a productive worker because her work has both use-value and exchange-value. 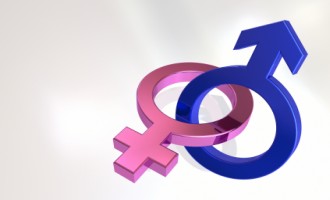 The prostitute is human labour and she is the object being exchanged. But she is usually not the seller. Her earnings are instead appropriated by the system she belongs to.

By social convention, women's sexuality is intended for reproduction within marriage. Given this narrow understanding, other expressions of sex for the woman are regarded as beyond the scope of social norms, and even the law. When women place monetary value and claim payment for work that they traditionally (within marriage) perform for 'free' . out of love, instinct, and other intangible non-monetary rewards - it is viewed as 'betrayal.' Also, in our patriarchal society, 'feminised' professions (and prostitution is clearly one) are devalued. The combined effect of these two stances is that commercial sex is regarded as nothing more than an inferior version of 'real' or free and romantic sex.

Interestingly, the slippages between women who are prostitutes and sell sex for money and women who are not prostitutes because sex is structured into a married relationship are many in terms of theory, argument and practice. Examples that blur the distinctions between the two are . the contractual terms of bourgeois marriage, women's confessions to 'occasional prostitution', sex for favours, sex inscribed into certain professions, describing women who are promiscuous as whores and so on.

Luce Irigary, Belgian feminist and cultural theorist, states that the prostitute's 'value' cannot be categorised either as use-value or as exchange-value (the mother and the virgin respectively representing the female 'types' of these values). She adds that prostitution amounts to usage that is exchanged. Irigary insists that she is only an object of exchange between and among men, the pimp and the client. Shannon Bell, who teaches post-modern theory and sexual politics at York University in Canada, in Reading, Writing and Re-Writing the Prostitute Body, writes that the ambiguous unity in the prostitute body of use and exchange value positions her as a speaking subject which makes her "an active participant who exchanges her own use-value."

Lynda Nead, of the University of London, argues that the prostitute occupies a unique place at the centre of an extraordinary and nefarious economic system. She represents all the terms within capitalist production . she is human labour, she is the object that is being exchanged and she is also the seller, all at once. She stands as worker, commodity and capitalist and blurs the categories of bourgeois economics in the same way that she tests the boundaries of bourgeois morality. In India, there is a twist to this, however - the prostitute is human labour and she is the object being exchanged. But she is usually not the seller. Her earnings are instead appropriated by the system she belongs to.

Does this make her a non-worker?

There is also the cultural angle to be considered. In India, the supply of women from lower castes into the sex trade is driven by the demand for prostitutes, though prostitution itself is illegal. Its very existence and pervasiveness in Indian society is an anomaly in an otherwise conservative country. There is a historic culture of commercial sex, with eroticism enshrined in the myriad religious traditions. Consequently, there is greater tolerance of prostitution in rural areas where it is seen as a continuation of a cultural tradition.

The irony is that there are many others for whom this is no such link to traditional actions, but who are never under the lens as much as the prostitute herself. The large number of pimps, bouncers, self-appointed protectionists within and without the legal machinery, the brothel madams and local thugs - many of them with political links - form an unending link in a chain of middlemen. It is the prostitute's value-in-exchange that helps support these persons, proving quite conclusively that she indeed is a productive worker. But the Census tells us that all these other people are happily 'at work', and it is the prostitute who is a non-worker!

Vulnerable to more than the virus
MORE ARTICLES
on similar topics ...
Topics
✕