Major problems of our time are all interconnected

Recently Darryl D’Monte interviewed the famous physicist Fritjof Capra at the annual meet of Greenaccord international environmental journalists in Italy. Here he reports on Capra’s separate remarks about the environment, along with quotes from his books and blogs.
13 December 2017 -

At the annual Greenaccord meeting of international environmental journalists in Florence and near it in Tuscany, Italy from November 2-5, Fritjof Capra was a major speaker on the theme: “Economy and Finance in a Carbon-Free Era”. He is renowned for his 1975 book, The Tao of Physics, which has sold over 1 million copies. In it, he as a physicist, likened the clash of subatomic particles to the dance of Shiva and drew a connection between Buddhism, Hinduism and modern physics. He is now Director of the Centre  of Ecoliteracy in Berkeley, California.

“The major problems of our time – energy, environment, rising income inequality and so on – cannot be understood in isolation,” he told the conference. “They are systemic issues, which means that they are all interconnected. Correspondingly, they need systemic solutions. 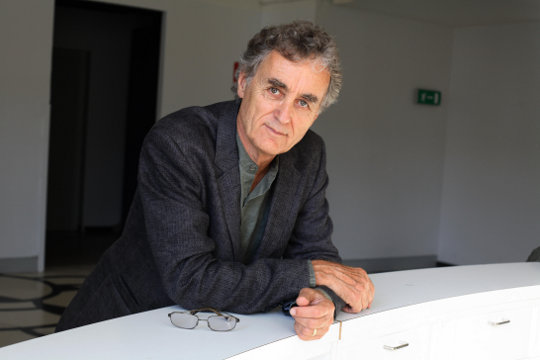 “As Pope Francis puts it [in his Encyclical, Laudato Si’, issued before the UN Paris climate meet in December 2015] our common home is falling into serious disrepair. This is evident from large-scale natural disasters, as well as social and even financial crises, cannot be handled in isolation. It cannot be emphasised enough that everything is interconnected.

“The fundamental dilemma underlying our global problems seems to be the illusion, embraced by our corporate and political leaders, that unlimited growth is possible on the planet. This has been underlined in several presentations at this conference in the first two days.”

Indeed, the US ecological economist Robert Costanza, now at the Australian National University, spoke on “Decarbonising Finance” and the need to curb the world’s “addiction to GDP growth” at the inauguration of the five-day conference. This could prove fatal, which isn’t far-fetched if one considers how the excessive exploitation of natural resources led to the collapse of the Mayan and Roman empires.

“Measure what we treasure” and not vice versa was his prescription. The era of neo-liberal economics began with the Regan-Thatcher Anglo-US regimes. Herman Daly, the well-known ecological economist, advocated therapy for GDP addiction, like one would for any other mental affliction. Three curatives are the implementation of the UN’s sustainable development goals; a redesign of several systems, not excluding the most toxic of all – financial; and an overhaul of the political process.

Mark Campanale, Founder and Executive Director of the Carbon Tracker Initiative, highlighted the risk of investing or, rather, staying invested, in the fossil fuel industry. To limit global warming to 2 degrees above pre-industrial levels, as the UN prescribes, it was necessary to limit CO₂ concentrations to 450 ppm.

By 2040, coal demand needs to be 45 per cent below business as usual (BAU) levels, while oil and gas need to be 30 percent below BAU. If one called a halt to the burning of fossil fuels to keep the world from experiencing cataclysmic climate change, what would happen to those entities that are invested in it? They would simply be stranded.

By plotting the amount of fossil fuel reserves against investments in a country’s bourses, the stock exchanges of London, Sao Paulo, Moscow, Australia and Toronto all have an estimated 20-30 percent of their market capitalisation connected to fossil fuels. The New York exchange had 156 gigatonnes (Gt) of CO₂ invested in it, of which oil comprised 112 Gt. London would account for 106 Gt, with oil comprising half. Russia was far and away the world’s fossil fuel behemoth with 253 Gt, of which coal accounted for 161 Gt. China had 67 Gt, mainly in coal, while India was a small blip with gas.

Bill McGibben, the environmentalist and founder of the movement 350.org headlined an article in Rolling Stone magazine five years ago: “Unburnable Carbon: are the Financial Markets  Carrying a Carbon Bubble?” He writes: “an easy and powerful  bit of arithmetical  analysis first published by financial analysts in the U.K. has been  making the rounds...(it) up-ends most of the  conventional political  thinking about climate change. And it allows us  to understand our  precarious position with .... simple numbers”.

As the Financial Times observed: “Of all the recent ideas climate change campaigners have come up with to convince the world to do more to curb global warming, none has been as potent as stranded fossil fuel assets”. Even the conservative Daily Telegraph in the UK stated that “in the fight against global warming, the real warriors wear suits and ties”, referring to stock exchange operators. It went on to say: “Environmentalists may not like it, but hard-headed businesses and banks are now our best bet against runaway climate change.”

Yet  companies are overstating energy demand, underestimating an increasing role for renewables and ignoring looming changes in energy.

Regulators are taking increasing notice of the risk. Mark Carney, Governor of the Bank of England  notes that the carbon budget of the globe, which allocates the remaining emissions space to countries,  renders the “vast majority of reserves ‘stranded’ –  oil, gas and coal that will be literally unburnable.” The abrupt transition to a low-carbon future is a “financial stability risk”.

Capra made a plea to distinguish between real and virtual wealth and not to measure well-being in millions of dollars. If one was worth $9.5 billion but was sick, alcoholic, with an obsession or addiction to power, that was far from a satisfactory situation.

As Ian Dunlop of the Climate Change Take Force in Australia cited, fossil fuels still comprised 85 percent of global energy consumption in 2016. Oil contributed 33 per cent, coal 28, gas 24, hydro 6.9, nuclear 4.5, and renewables a mere 3.8, so there is a very long way to go, despite all the euphoria about solar and, to a lesser extent, wind.

On December 7 it was reported that despite commitments to help address the climate crisis, the European Bank for Reconstruction and Development (EBRD) awarded fossil fuel projects €4.05 billion between 2010 and 2016 – more than double its support for renewable energy during the same period.

According to Bankwatch’s analysis, fossil fuel projects accounted for the largest share, 41 percent, of the EBRD’s €9.96 billion energy and natural resources portfolio in 2010-2016.

Capra referred to the irrational belief in perpetual  growth as the clash between  linear thinking and non-linear thinking in the biosphere, which constitutes the web of life. Excessive growth is fuelled by excessive consumption in a throw-away economy, generating waste and pollution and depleting the earth’s natural resources. These global problems are exacerbated by climate change caused by our reliance on fossil fuel energy.

In an article in September in the International Journal of Social Economics, Capra and Ove Jakobsen from the Centre for Ecological Economics and Ethics, Nordland University, Norway, write: “We suggest a new conceptual framework for economic theory and practice based on systemic principles of life. We refer to ecological economics using two meanings of the term ‘ecological’.

“Ecological economics refers to an economic system that is consistent with and honours the basic principles of ecology which, ultimately, are identical with what we call the systemic principles of life. In a broader sense ecological economics refers to economic theory and practice that see the economy as operating within, rather than dominating, the spheres of nature, society, and culture.”

Materialism and human greed are the defining motivations of global capitalism. Anthony Giddens argued 26 years ago that we had to look for an alternative worldview to the existing one, which pursues a course of self-destruction. As an example he claimed that “the pursuit of capitalist accumulation could not be carried out indefinitely since it is not self-sustaining in terms of resources”.

The two authors cite Alfred North Whitehead, the British philosopher best known for his work in the philosophy of science, and a co-author with Bertrand Russell, as saying that “a civilized society should exhibit the five qualities of truth, beauty, adventure, art, and peace”.

They discuss “how these principles can be applied to design an ecological economic system that is life-enhancing rather than life-destroying. The corresponding economic practices will differ depending on cultural and natural conditions, just as ecosystems are different depending on environmental conditions. However, the underlying principles are the same; they are universal systemic principles of life.”

“We should emphasize that the recognition of these principles is not restricted to science. Similar ideas can be found, in various schools of Buddhism, and in numerous indigenous cultures. Hence, the systems view of life and the philosophy of organism are unifying visions, uniting East and West, North and South.”