The Age of the aam crorepati

If you are worth Rs.50 million or more, you are 75 times more likely to win an election to the Lok Sabha than if you are worth under Rs.1 million. P Sainath does a different kind of electoral math.
27 June 2009 -

"I think almost everyone will grant that if candidates for the United States Senate were required to possess ten million dollars, and for the House one million, the year-in-year-out level of conservatism of those two bodies might be expected to rise sharply. We could still be said to have a freely elected Congress. Anybody with ten million dollars (or one, if he tailored his ambition to fit his means) would be free to try to get himself nominated, and the rest of us would be free to vote for our favourite millionaire or even to abstain from voting."
- A.J. Liebling, The Wayward Pressman, 1947

Liebling also warned in the 1960s that the business models of newspapers would one day prove their undoing. A prophecy that rings true today for the giants of that industry in his own country. Yes, you've seen his words on voting in these columns before. But the 2009 poll results have made him doubly relevant. "Voting for our favourite millionaire" comes alive with the 15th Lok Sabha. Its 543 MPs are worth close to Rs.28 billion. (Of which 64 Union Cabinet members from the Lok Sabha account for Rs.5 billion). And the links between wealth and winning elections are firmer than ever before.

If you are worth over Rs.50 million, you are 75 times more likely to win an election to the Lok Sabha than if you are worth under Rs.1 million. At least, in the case of the 2009 polls. (Some 23 of 64 Cabinet Ministers whose asset worth is in the public domain fall into this Rs.50 million-plus category. Providing it stability of sorts, I guess. In the entire Cabinet, only one falls into the less-than-Rs.1 million group.) 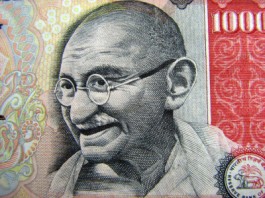 There is little question that big bucks help in our polls. The number of 'crorepatis' in the present Lok Sabha is up 98 per cent as compared to 2004.

Another 29 members of the Cabinet fall in the Rs.5 million-Rs.50 million category. If you are in this bracket, your chances of winning aren't as great as the 50 million-plus, or Platinum Tier, elite. However, you are still 43 times more likely to win than those with less than Rs.1 million in assets (that is, almost the whole of India's population). The remaining Ministers, in case you were losing sleep over their condition, fall into the Rs.1-5 million club, the Cabinet equivalent of BPL. However, there are five years in which to remedy this situation and alleviate the misery of this group.

These are just a few of the insights brought to us by an interim report of National Election Watch on the 2009 polls. NEW is a coalition of over 1200 civil society groups working across the country. Their Analysis of MPs of the 15th Lok Sabha (2009) makes great reading and is the product of fine research and much hard work.

The higher you climb the ladder of lucre, the better your chances. That is obvious. But what is striking is how bleak things are for non-millionaires. Even a modest improvement in your wealth helps. Say, you move from the below Rs.1 million group to the Rs.1-5 million group - your chances immediately improve at a higher rate than your wealth. (Of course, that works only if you are already close to the Rs.1 million mark.) So it's not just that wealth has some impact on election outcomes - it influences them heavily and disproportionately as you go up the scale.

All of a piece with a society that only last year had 53 dollar billionaires (pre-meltdown). One that still has 836 million human beings who "get by" on less than Rs.20 a day. Which ranks 66th amongst 88 nations on the Global Hunger Index (just one notch above Zimbabwe). Which has plummeted to rank 132 in the United Nations Human Development Index (one slot below Bhutan) as our billionaire count has risen. That wallows below Bolivia, Botswana, the Republic of the Congo and the Occupied Territories of Palestine in the HDI rankings. And never mind being worth billions - 60 per cent of adult rural Indians simply do not have bank accounts.

There is little question that big bucks help in our polls. The number of 'crorepatis' in the present Lok Sabha is up 98 per cent as compared to 2004. Then there were 154, now there are 306 - almost double. A healthy growth rate. And there are grounds for optimism that the BPL group in the Cabinet can uplift itself speedily. That's happened to MPs as well as candidates in some of the most troubled parts of the country. The net worth of candidates in Vidarbha rose by over 160 per cent between 2004 and 2009. In the Wardha district of that region alone, the net worth of candidates rose by 1,157 per cent between 2004 and 2009. (Ananth Krishnan, The Hindu, April 14, 2009). The Kalahandi-Bolangir-Koraput region had seven 'crorepati' candidates.

But back to the NEW report. Of the 306 crorepatis in the new Lok Sabha, 141, almost half, belong to the party of the aam aadmi, the Congress. The BJP lotus is a withering second, with 58. The SP, the BSP and the DMK follow with 14, 13 and 12 multi-millionaires. The Shiv Sena doesn't do too badly with nine and the NCP with seven. In the case of these two parties, it means that almost 80 per cent of their elected MPs are 'crorepatis.' The Left bloc fares poorly, scoring just one from among its 24 MPs.

The one-in-three success rate of the Rs.50 million-plus candidates doesn't tell the whole story, though. Often, they have defeated others of their own league. Who might well have fared better against candidates of lower asset castes.

We are also faithful to our role model: the United States, where Liebling's prophecy has worked with a vengeance for decades. One pre-meltdown piece in www.opensecrets.org put it neatly last year. "As Americans worry about their own finances, their elected representatives in Washington - with a collective net worth of $3.6 billion [roughly Rs.172 billion] - are mostly in good shape to withstand a recession." Before the meltdown rained on their parade, it says, members of Congress, "saw their net worths soar 84 per cent from 2004 to 2006, on average." It points out that while US Senators had "a median net worth of approximately $1.7 million in 2006," only about "1 per cent of all American adults had a net worth greater than $1 million around the same time."

So the collective net worth of elected representatives in Washington is Rs.172 billion and that of our own Rs.28 billion. Okay, we're outclassed. But not to feel too bad about it. For one thing, the U.S. figure appears to include both the Senate and the House of Representatives. Ours covers only the Lok Sabha. What's more, our team seems to clock a better rate of growth. And the gap is narrowing. The good rate of growth for second or third-term MPs also holds another lesson. Not only is it easier to get elected if you have money, it is easier to make money if you get elected.

In both countries, money from big corporations helps clinch poll victories. Corporate lobbies like Big Oil have long "owned" Senators and Congressmen. In India, this trend has grown even in terms of individual corporate chiefs. In the U.S., corporate power has been on shameless display during the financial bailouts. The AIGs, the Goldman Sachs et al. unsheathed their massive clout to grab public money. In India, that power was visible to the naked eye in the run-up to last year's trust vote in Parliament. One party even dumped a sworn political stand of eight decades under that influence.

In the NEW report, the wealthiest group of those elected falls into the Rs.50 million-plus category. The ranking within this is intriguing. The average worth of a Lok Sabha MP is Rs.51 million. But there are 74 MPs with serious criminal charges against them whose wealth averages Rs.60 million. That is, they are well entrenched in Parliament's Platinum tier. And the average wealth of a Cabinet Minister is around Rs.75 million. Ah well, it's a hard climb to the top.

P Sainath
27 June 2009
P. Sainath is the 2007 winner of the Ramon Magsaysay award for Journalism, Literature, and Creative Communication Arts. He is one of the two recipients of the A.H. Boerma Award, 2001, granted for his contributions in changing the nature of the development debate on food, hunger and rural development in the Indian media.
HomeTop
RECENTLY IN INDIA TOGETHER