A gross violation of human rights

Manhole is a scathing celluloid indictment on the state of manual sewer cleaners in India, writes Shoma A. Chatterji
20 January 2017 -

Manhole (2016) is a film that is on its way to make history. It deals with the gross violation of human rights by ghettoising an already ghetto group of people by forcing them to clean manholes and sewers manually because they are born into a caste that makes it mandatory for the men to engage in this dirty work for their daily bread. It is not a beautiful film because it is not meant to be beautiful. It makes you turn away because the film pulls you out of your comfort zone where cinema means entertainment. On the other hand, you are held captive by images drawn from a world you have never been a part of, know little about and have never wanted to know at close quarters.

Directed by Vidhu Vincent, Manhole is the first film in the 21-year-old history of the International Film Festival of Kerala to have bagged an award for a woman director’s film. In 2014, Vidhu, a television journalist, made a documentary on the lives of manual scavenging workers titled Caste of Cleanliness. It went on to win several awards. She mused about a feature film and recalled the human stories of inhumanity she came across during her field research. Scriptwriter Umesh Omanakuttan wove the narrative around these stories. “I live in Kollam. Near my house in Kappalandimukku, there is a colony inhabited by workers who scavenge dry toilets and sewers manually while their wives and children work as domestic maids and other low-paid jobs. Though many of them have been absorbed into the municipality and are known as “contingency workers”, they are doing the same job. What keeps them stuck in this ghetto is their caste,” says Vidhu.

The curse of caste

As a visual media journalist Vidhu Vincent always took pains to follow serious topics with social relevance. Hence, when she turned to filmmaking, she could not think of any other genre. “I want to take issues to a larger audience. If you make a news story, however good it is, it will be forgotten after 90 seconds and that is why I switched to films,” said Vidhu. 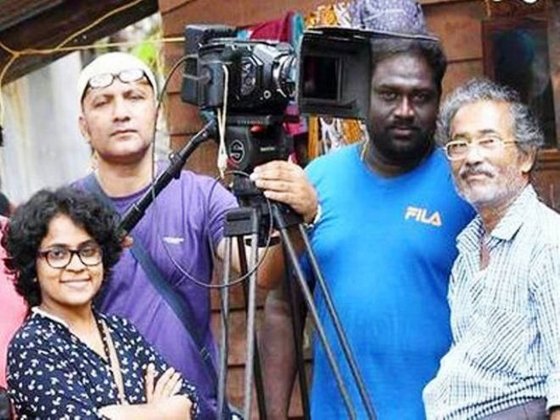 Vidhu Vincent, had been reeling over the human rights violations and the oppression of the Chakiliyar community, which belongs to the Arunthathiyar caste that migrated from Tamil Nadu to Kerala in the 1920s, when dry toilets were still in use. Their profession and the indignity that came with it, which was handed down generation after another, inspired her debut feature Manhole.

Chaitanya Tamhane, whose first film Court (2014) stunned everyone across international film festivals a couple years back, focussed on the scenario of an ordinary court room in Mumbai but the backstory was that  of a manual scavenger’s death inside the manhole while he was cleaning it.

Tamhane was deeply disturbed after reading two articles, Dying in a Black Hole and Life Inside a Black Hole by S Anand in Tehelka. “The articles mentioned that over 22,000 Dalit sewage workers die every year because of lack of proper safety equipment and a general negligence towards their working conditions. I was quite moved by what I read, and eventually I had a breakthrough; the story of a manhole worker’s suicide became the foundation of the court case in the film. Several details from the reports that I had read became important narrative elements in the script of Court,” said Tamhane in an interview with journalist Sachin Unhalekar.

But while the death of the scavenger who was never shown in Court, formed an important sub-plot for the film, Manhole deals with an entire neighbourhood of families of Dalit workers. The film reveals an issue almost invisible to the public - about men who clamber down around 25 feet into manholes to clear human and other excreta. They are illiterate, ignorant and extremely poor. They cannot work in any other field because people from even slightly upper castes will not give them work.

According to the 2011 census, there are 13,000 manual scavenging workers in Kerala, where the story takes place. However, the government looks the other way rather than face the fact and act on it.

Within the Dalit community, there are many divisions and sub-castes. Dalits are divided into leather workers, street sweepers, cobblers, agricultural workers, and manual "scavengers". The latter group, considered the lowest of the low and officially estimated at one million, traditionally are responsible for digging village graves, disposing off dead animals, and cleaning human excreta.

Despite the Manual Scavenging Act, passed in 1993 and amended with a Bill in 2006 that prohibits employment as manual scavengers, sewer holes across the country are cleaned manually, leading to the death of innocent persons (a) due to negligence on the part of the state that (b)  employs them contractually and therefore illegally, (c) does not provide them with adequate safety measures, (d) due to the tragic fact that these men are born into the profession and (e) last, but not the least, they belong to the lowest tier of the caste ladder among Hindus in India. They are considered ‘untouchables’, shunned by the very mainstream which, ironically, cannot exist without their service on a day-to-day basis.

“A poor illiterate man does not know that if a contractor is asking him to go down and clean the manhole, he should be given safety gear. Is it not the duty of the officer concerned to provide the safety gear? At least the officer is educated,” said Sukhram Chauhan, general secretary of Chandigarh Dalit Welfare Association, commenting on eight sewer men who lost their lives while cleaning manholes in Chandigarh in the last seven years. Reason: Negligence of authorities.

As per the Act, manholes should not be cleaned manually; these should be cleaned only with machines. If a person is cleaning the same, he should be provided all the safety equipment. But the authorities do not do so which is illegal.

Vidhu Vincent adopts a no-nonsense approach, style and treatment through an interesting narrative that can be taken to be a blend of the documentary and the feature formats as the graphics in the beginning state that the film is based on several true stories. 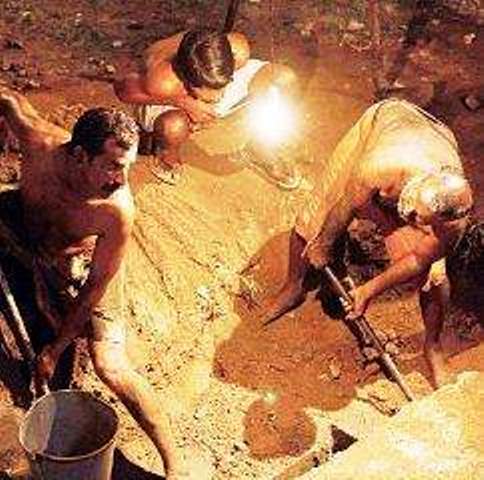 A still from the movie. Pic: Vidhu Vincent

The protagonist is a young girl, Shalini, the daughter of a sewage cleaner. She is a good student with her mother working as a housemaid in a upper-caste family. While studying for her graduation and then law, she works in a shopping mall to support the family earnings. After clearing law, she becomes a legal activist fighting for the rights of scavengers and sewer cleaners in her neighbourhood. But even the Human Rights court keeps putting off dates of hearing one after the other depriving the victim’s families of the rightful compensation that is their right and that will help them with basic survival needs.

The background score by Siddhartha Pradeep is very low-key and mood-centric and sound by Faizal Ahmed keeps rhythm and pace with the serious and sombre mood of this very humane film. It does not once digress into pedagogic verbosity nor does it try to evoke any sympathy – synthetic or real - of the audience.

The film appears to have been shot on actual locations of a Dalit neighbourhood where the residents live a hand-to-mouth existence and at the same time forced to live on the fringes of society, despite the many rights the Indian Constitution lays out for the Scheduled Castes and Scheduled Tribes as well as the Backward Castes.

Saji Kumar’s cinematography wanders across the narrow gullies of the slum neighbourhood where most of the film’s actions take place while at times the screen goes entirely dark, lit by a small metaphor of a light through a small, white, circular motif. Sometimes, the camera invites you to peep into the bottomless pit of a manhole across a dark screen from the top, offering you a tiny glimpse into the darkness that lies within – darkness as a physical reality, darkness tinged with constant fear of danger and death, darkness of ignorance, illiteracy and poverty, darkness of a life minus the brightness of light and the darkness that emerges from human life lived sans the dignity that, like all fellow humans, it rightly deserves.

The film does not resort to either drama or melodrama nor does it seek to pull the empathy of the audience in any way. All it does is state facts as they remain despite the laws in place. It informs and educates and hopes that this raises our hackles even if it is for a little while but it does not entertain.