A stimulus package for farmers?

With 60 per cent of India's population directly engaged in agriculture, and another 200 million landless workers indirectly banking on farming, the real stimulus to the economy can come only if the focus shifts to agriculture, says Devinder Sharma.
21 December 2008 -

Buried under the whole array of angry reactions following the Mumbai terror attacks is yet another and perhaps more violent disaster. A terribly shocking and startling news - that should have shaken up the country's screaming elite - has instead not even been perceived by the electronic media as worthy of being covered even fleeting in the usual 'breaking' news. That 16,632 farmers had committed suicide in 2007, with Maharashtra topping the list, has been simply brushed aside.

The reason is obvious. They did not belong to the Taj-is-my-second-home class.

While the serial death dance in the countryside continues unabated, with an estimated 182,936 farmers - as per the National Crime Records Bureau (NCRB) - taking the fatal route since 1997 to escape the humiliation that comes along with growing indebtedness, the government is on a bailout spree. Since September, the government has provided a fiscal stimulus of Rs.5000 billion by way of liquidity and other budgetary provisions. Another stimulus package is awaited, on top of this.

The stimulus package has so far gone to sectors that erred. The proposed interest rate sops to housing loans of Rs.20 lakh is one such economic misadventure. Forcing banks to reduce interest rates on housing so as to create more demand is completely unwarranted. Why should the government even consider a bailout for people who can afford to pay an EMI of Rs.25,000 a month? Why should the government bail out the real estate sector which has fleeced the society? In the past four years, the prices of flats have risen by an estimated 450 per cent.

Indian banks needed liquidity inflow to jumpstart the economy. That is what we were made to believe. The Reserve Bank of India moved in swiftly. Through a series of measures, including a cut in repo rate, opening a special lending facility for the banks, and cutting cash reserve ratio, RBI has pumped Rs.300,000 crores into the banking system since mid-September. And look what happened. The banks are putting the money back with the RBI as safe deposits. Between 1 and 8 December - in just eight days alone - banks have deposited Rs.327,000 crores back with RBI at a nominal interest of 6 per cent, which was further lowered to 5 per cent.

The fiscal stimulus is expected to control the economic slump to some extent. In effect, the guiding principle appears to be to appease different lobby groups keeping an eye on the forthcoming elections. Exporters, for instance, have twice received a stimulus package. First when the rupee/dollar exchange rate had slumped to 37, the textile and garment exporters had pitched for higher support. The government had moved in swiftly pumping in over Rs.1400-crore. Now when the exchange rate is 50, the industry has again managed a second dose.

Not to be left behind, Indian cotton ginners and exporters are also demanding a bailout. They want the government to bridge the difference between a higher minimum support price for cotton, and the world prices. Citing a 95 per cent drop in exports, the industry is demanding a rescue package. When the MSP was low and the international prices were higher, the same industry never asked the government to compensate the cotton farmers!

Amidst all the doom and gloom, the only sector that has emerged unscathed to a large extent is agriculture. Whether India was shining or sinking, agriculture truly remained the mainstay of the economy. Complete apathy and neglect of the farm sector drove farmers to commit suicide, and also to quit farming. Facilitating the demise of agriculture are the government policies that are now forcibly enforcing land acquisition, and bringing in polices for corporate takeover. 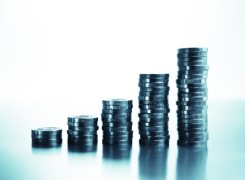 With 60 per cent of India's population directly engaged in agriculture, and another 200 million landless workers indirectly banking on farming, the real stimulus to the economy can come only if the focus shifts to agriculture. When I say agriculture, I don't mean a bailout package for the tractor industry or the food processing industry. This would be counter-productive. Nor would it be cost effective.

What is urgently needed is a radical shift by stimulating the farm sector. This is a sure recipe for revitalising the economy. First, the package should be for regenerating agriculture, providing sops for organic farming systems that can restore soil health. The Rs.1.20 lakh crores fertiliser subsidy should be given directly to farmers so that they can make an informed choice of shifting to natural farming systems. And finally, the package should focus on farmers' welfare. A fixed monthly income based on the principle of direct income support is what the beleaguered farming community needs.

In addition, the National Rural Employment Guarantee Act 2005 (NREGA), which guarantees a minimum 100 days employment every year to rural workers and promises a moderate minimum wage per day, should have the upper cap of 100 days immediately removed. Rural workers need to be given employment for 365 days, like all of us in the organised sector. This in turn will generate demand that is expected to kick-start the economy. At the same time, there is an urgent need to link NREGA with agriculture. This is the recipe for all around growth. And not only limited to those who consider the Mumbai Taj to be the national icon.