ECONOMY / LESSONS FROM THE SEZ EXPERIENCE

Why easy land is no guarantee of industrial growth

It’s like a scam unnoticed: even after access to over 45000 hectares of land, with massive tax exemptions and holidays, the SEZ experience has been a sorry story. Devinder Sharma discusses the flaws in the government’s economic reasoning and insists on accountability.
09 February 2015 -

I still remember vividly. Several years back, the former Prime Minister Manmohan Singh was presiding over an annual corporate awards function organized by a business newspaper. After Manmohan Singh’s address, the floor was set open for some questions from the audience.

Industrialist Anand Mahindra got up and asked a question to the Prime Minister on what a young graduate from an Indian Institute of Management (IIM) could look up to, in the not-so-attractive business environment that prevailed then.

To this, Singh gave an answer, the gist of which was: “We are determined to set up exclusive export zones providing required incentive and support for the young entrepreneurs. The Special Economic Zone (SEZ) is an idea whose time has come.”

True to the sentiment, the SEZ Act was passed in 2005.

There was so much excitement all around that all farmer protests over land grab were simply brushed aside. I remember being dubbed a ‘naxalite’ when I joined a farmers’ struggle against their land being forcibly acquired for a petro- SEZ coming up in Mangalore. Posters appeared outside the hall where I was speaking, labelling me a ‘Maoist’ who is opposing ‘development’.

Seven years later, the SEZ turned out to be a misplaced idea. According to an economic newspaper, it was an idea long past its expiry date. With more than 50 per cent land allotted for SEZs remaining unused, and with no significant role in creating employment and boosting exports, most of the SEZs that have been approved have turned into real estate havens.

Having failed to meet the intended objectives of spearheading a manufacturing revolution, these SEZs were effectively used by the IT companies to avail tax incentives as they shifted their offices into these zones.

In June 2007, a Parliamentary Standing Committee had estimated a revenue loss of Rs 1.75 lakh crore from tax holidays granted between 2005 and 2010. Findings from the performance audit of the SEZ operations between 2007 and 2013 by the Comptroller and Auditor General (CAG) reveal the magnitude of the SEZ scam. Of the 576 SEZ projects approved, 392 were notified and only 170 are operational. While less than 48 per cent of the existing SEZs are engaged in any export activity, only 3.8 per cent exports came from these zones in 2013-14.

“Out of the 45,635.63 hectares of land notified for the development of SEZs, actual operations took place in only 28,488.49 hectares or 62 per cent of the land acquired,” the report states. In a scathing comment, CAG says “Acquisition of land from the public by the government is proving to be a major transfer of wealth from the rural populace to the corporate world.” With 50 per cent land lying idle, many developers had put the land to other industrial uses or used it for building real estate hubs and even mortgaged it to raise finances. [For more on the report, see SEZ today, gone tomorrow]

Interestingly, the Commerce Ministry has turned a blind eye to the gross mismanagement and violations of the SEZ Act. In fact, it is now considering allowing developers of SEZs to throw open apartments, schools and hospitals to people who live outside these zones. Land has also been used for setting up residential complexes or used for other industrial activity, not permitted under the SEZ Act.

Just to give you an idea of all the kinds of tax exemptions that were accorded, here is what I had written in an earlier article The New Maharajas: The SEZs were given complete exemption from excise duty, custom duty, sales tax, octroi, mandi tax, turnover tax, as well as an income tax holiday for ten years. Also spelled out were the provisions for 100 per cent foreign direct investment, exemption on income tax on infrastructure capital fund and individual investment, and an assurance of round-the-clock electricity and water supply. The SEZ promoters were also given a waiver from an Environment Impact Assessment.

Some of the financial enticements included permission to indulge in commodity hedging and external commercial borrowings up to US $500 million without any maturity restrictions, freedom to bring in export proceeds without any time limit and make foreign investments from it, exemption from interest rate on import finance, and setting up off-shore banking units with income tax exemption for three years and subsequently 50 per cent tax for another two years.

Furthermore, if these SEZ units were to sub-contract production to local manufacturers outside the princely estates, there would be duty drawbacks, exemption from state levies and income tax benefits. 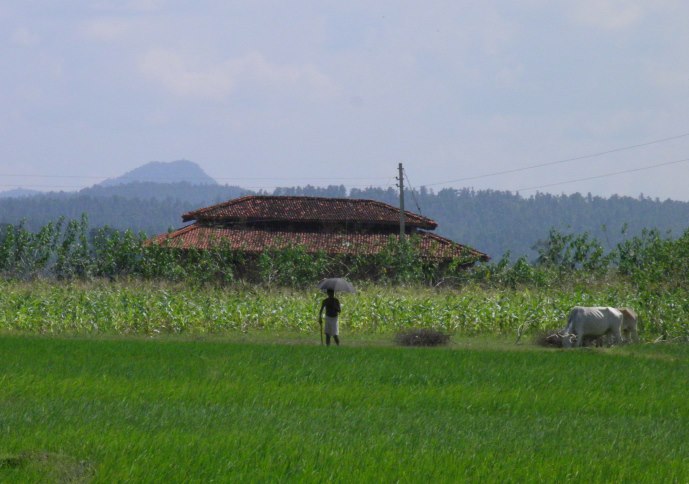 With these kinds of generous tax exemptions, and with huge tracts of land being made available, I fail to understand why the SEZs did not perform. This assumes significance at a time when a Land Acquisition Ordinance has been brought in to overcome delays in acquiring land for industries. If industry has failed miserably to perform even after access to 45, 635 hectares of land with practically no obligation for paying taxes, what is the guarantee that more land for the industry will usher in a manufacturing revolution?

It was certainly a badly conceived idea. The undue haste with which the SEZ Act was passed in Parliament, and the swiftness with which the Ministry of Commerce drafted the rules and implemented the Act was unprecedented. At a meeting I had with then Joint Secretary in charge of SEZs, I was told that I was the only one who was questioning the role of SEZs. “Everyone I meet is all praise for this great opportunity for boosting export growth and creating jobs,” I was told.

This only illustrates how economic policies and frameworks are put into practice in the country. The Ministry of Commerce had gone ahead in its wisdom to aggressively promote SEZs without first assessing whether it would work or not. Nor did it care to have widespread consultations or any social and environmental impact assessments. This myopic approach led to a massive scam. Massive land resources were misused, and resulted in huge revenue losses.

To ensure that such a scam is not repeated, I have two suggestions: First, the then Commerce Minister and the concerned officials should be held accountable for the SEZ scandal and underperformance. Good governance can never be enforced without holding ministers and bureaucrats responsible for their decisions.

Secondly, the erring companies must be penalised for the failure to perform and land and other resources recovered from them with penalties. The industry must be made to understand that there are no free lunches. Such a step will send the right kind of signal to the industry. It must perform or perish.