The Centre, mulling over the Delhi High Court verdict on Section 377 of the IPC, should recognise a basic principle of democratic freedoms - we are free when others are free. The India Together editorial.
08 July 2009 -

The Delhi High Court ruling overturning the ban on consensual homosexual behaviour has been met with a flurry of political opposition. Pretty much every party - predictably the right-of-centre BJP, but also surprisingly a 'rational' party like Lok Satta - has expressed reservations agains the ruling, saying that it runs counter to Indian society and culture. The UPA Government is mulling its response, amidst calls for overturning the ruling by legal or political means. All of this is plain wrong, and not to forget, stupid.

A different kind of moral policing

First, let us get the facts straight. Consensual gay sex cannot be a crime, without gay orientation itself being a crime. The Indian Penal Code's Section 377 has always illogically ignored this disconnect, whereby we're outlawing a behaviour which is really the outcome of an orientation which is itself not illegal.

Coming to orientation and 'Indian-ness': Those who engage in homosexual conduct are 'Indian' too, so there is no question of arguing that their conduct is not Indian. If we begin to apply percentage yardsticks for what constitutes Indian-ness, there will be no end to it. If 80% of India is Hindu, does that make the other 20% 'not Indian'? Why is it that even those who would reject that view outright if applied to religion are callous in applying it to sexual minorities?

The 'tyranny of the majority' is why we need constitutional protections. If everyone engaged only in popular conduct (or speech) there would be no need for a constitution guaranteeing any of their rights. Ultimately, we want a society in which the imposition of the views of the majority on the minority is opposed as 'not Indian'. 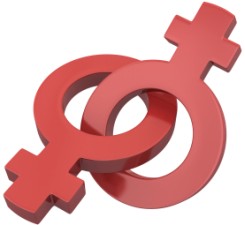 Our politicians are candid and loud in telling you what 'bad sex' is. But they don't talk much about 'good sex', because one of the rules of this 'good sex' is that you cannot talk about it, especially in public.

•  Articulating gender rights
•  The ideas of the Indians

This fundamental understanding of protection for unpopular things is totally absent in Indian culture, steeped as we still are in traditional identities of community, hierarchy and 'social order'. Not surprisingly, this reflects in our governance too, and hence we repeatedly witness politicians and even judges referring to cultural mores of the majority in under-pinning their arguments for or against unpopular things.

The second thing to remember is that eventually, the ghosts of our battles will come home, and then the walls will really crumble. It is much easier to tell strangers how their rights should be curtailed, than to repeat that view to friends and family. If there is one reason why the gay rights movement has continued to gain ground in every free society, it is this. Here is the former US Vice-President Dick Cheney, mastermind of the right-wing takeover of America during the Bush years, speaking about marriage rights for gays: "Freedom means freedom for everyone. I think people ought to be free to enter into any kind of union they wish, any kind of arrangement they wish."

The secret of this strange mix is simple: his daughter is gay, and he loves her very much. All the other arguments can go to hell.

Too often, we pretend that we ourselves will never be put in situations that others protest. We smugly think that the activist shouting in the street, "2-4-6-8, how do you know your children are straight?" is carrying things a bit too far, because we imagine that our own social and personal lives will never be like that. We pretend that no one we know or love will make such choices, and that no one we care about will be subject to the kind of name-calling that flows easily in conversations among homogeneous groups.

But this is a limited freedom; it makes us feel free without giving others the same luxury. And it always breaks down. When those who are very close to us - sons and daughters, siblings, even friends - become the butt of such characterisation, we can't afford that kind of separation between 'us' and 'them' anymore.

There is a third point that is often lost in the noise about sexuality. Namely, that those who demand equality are usually more vocal than the rest. This is understandable; they have a lot to lose from the status quo, and are therefore naturally loud in protesting it. What is more intriguing is the other half of this asymmetry - why are so many others silent?

The usual answer is that they are indifferent. I.e. they keep quiet because it does not matter to them which way the debate turns. They don't know anyone who is gay, and they don't expect to encounter any such person either, so they simply keep away from 'all this nonsense'. But that is only half the answer; it hides a more important truth.

There is at least one other reason for the silence of the majority. Because they too have been subjugated by the same expectation of conformity, and many of them are simply afraid to discuss it, much less articulate in the public realm. Keep in mind, we have a society in which heterosexual conduct itself cannot be discussed without embarrasment. How can we even think of joining the debate with gay activists? So the silence is consensual. People agree its best not to talk.

This is also the reason the Section 377 of the IPC was overturned in a court of law and not amended by popular will in Parliament, as it ought to have been. But then we would be getting ahead of ourselves -- our politicians have long considered themselves guardians of our culture. Ironical as it may seem, an IPC drafted by our colonial rulers has lived through relatively untouched in India even as its sections contradicted a Constitution framed by the native leaders of our own freedom movement. Luckily, our courts are the guardians of our Constitution, not culture.

It was natural then that our homegrown liberal demons would eventually knock the doors of the judiciary. And so it came to pass that a court ended up striking down the violative sections and not Parliament.

Fourth, this 'asymmetry of noise', in the long run, has a profound impact. No group, however large its majority, can be unaffected if the only loud noises are all from the opposing view. The only way to counter this is for the majority too to make some loud noises. This is what we're seeing now - politicians who normally do not talk much about sexual issues suddenly taking up the cause of the moral majority. Now the battle is more even, it appears - 'majority noise' versus 'minority noise'.

But there is an important difference. The majority's noise-making threatens its own self-policing. When Sushma Swaraj or Lalu Yadav speak out against the Delhi High Court judgment, they have to be careful what they say. They are quite candid and loud in telling you what 'bad sex' is, but they dare not talk much about 'good sex', because one of the rules of this 'good sex' is that you cannot talk about it, especially in public. So, for a few days they will make some noises here and there, but eventually the asymmetry of silence will take over. It's a lose-lose equation: if you talk about sex, then the old rules of silence will break down, but if you don't talk about sex, then only those demanding sexual rights will be heard.

Politics being what it is, we cannot rule out an appeal of the current verdict by the Centre in the Supreme Court. That may buy the Centre's politicians some breathing room, to contend that they too are trustees of Indian culture. But if the SC were to uphold the Delhi High Court's view, then that would be curtains for this debate all over India. Even without that, the Delhi court's ruling will give a fillip to demands for more rights to gays, and our hierarchical culture is simply not prepared for challenges to the 'order. No wonder the Centre is 'mulling' over the matter.

There is nothing to think about. The only consistent repsonse, the only affordable response, the only one that will overcome the lose-lose calculus, is to recognise the basic truth. A free and unthreatened minority is the truest measure of the safety of the majority too. We are free when others are free.