The courts and the police have cracked down on intense noise from motorists' honking in Mumbai's traffic, and the city has recently declared a big chunk of its territory off-limits to road noise. Darryl D'Monte reports.
20 March 2009 -

Mumbai appears to stealing the thunder over other cities in cracking down on noise pollution, thanks in no small measure to the indefatigable efforts over six long years of Sumaira Abdulali, who runs the Awaaz Foundation. In February, the city designated as many as 1113 silent zones where honking is prohibited. About a fifth of these are in the commercial district of south Mumbai itself, which is most congested during the day. The World Bank recently declared that Mumbai is now the most crowded city in the world. Indeed, as much as 40 per cent of Greater Mumbai, which covers some 438 sq km, will be covered by the law.

In the last two months, without making too much of a noise about it, the traffic police have silently booked as many as 36,000 drivers, which means that they have got into the act without waiting for the silent zones to be declared. Offenders can be fine Rs.1000 and their licenses temporarily confiscated. Some 983 drivers have also been fined for using noisy or musical reverse horns, which are also banned, unknown to many users. The police have earned a windfall of Rs.42 lakhs in the crackdown, which only goes to show that anyone who has the will can do wonders. This should make a case for the department to hire more traffic cops, who will penalise motorists for parking offences as well. The fines alone should pay for their keep!

In Mumbai, Harish Baijal, Deputy Commissioner of Police in charge of Traffic, has been most proactive and working closely with the Awaaz Foundation, in sharp contrast to other official agencies. On 7 April last year, he designated a No Honking Day, with the help of many citizens' organisations. It had very limited impact; many citizens went about the day as if were like any other, but it set the ball rolling: old habits die hard. What is more, although relegated to a single day, the drive and education campaign lasted for the next three months.

The current crackdown is by no means restricted to the silent zones. The police can penalise anyone honking too loudly and insistently anywhere, which has left some motorists puzzled. As is only too well established with other driving offences, any latitude on the part of the traffic policeman in interpreting rules leaves the door wide ajar for money to change hands. One motorist interviewed by a newspaper had the temerity to state that the first priority of the police was to regularise traffic, whatever he interpreted that as meaning. "If you want to drive in Mumbai, you have to honk," he added for good measure.

This hits the nail on the head: motorists think they have the right to blow their horns; some might even think it is their duty, in order to avoid running into pedestrians or other vehicles. The damage that noise does, not least to hapless pedestrians and residents of arterial roads, is virtually ignored. Abdulali, in her writ petition before the Bombay High Court in 2007 notes: "The Petitioners state that Respondent No.1 [the Maharashtra government; others are the police and Transport Commissioner] has been charged with a statutory duty under the Noise Rules to ensure that noise levels are kept within the prescribed limits. However traffic noise in Mumbai and in all large cities in the state has reached alarming levels, much beyond the limits prescribed under the Noise Rules and the measures taken by the Respondents, if any, are wholly inadequate. Mumbai is said to be the third noisiest city in the world. The ill effects of noise are well established but however not known to most people as they are not immediately visible or discernible. The Petitioners seek directions from this Court for the strict implementation of the provisions of the Noise Rules and other statutory enactments..." 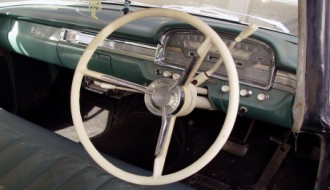 The current crackdown is by no means restricted to the silent zones. The police can penalise anyone honking too loudly and insistently anywhere.

•  Noise pollution and the law
•  Festival of noise

The court finally passed an order on 26 February earmarking the silent zones, which the municipal corporation has promptly put into effect. It is bound to have a salutary effect on drivers - particularly of the older, decrepit taxis and auto rickshaws - who will for the first time after several years be reminded that honking is an offence around schools and hospitals. In time, this will hopefully educate all drivers that the horn is a device to be used only in an emergency, and not as a method to alert others of one's impending arrival.

Hardly anyone is aware of the health impacts of excessive noise. In an interview last November, the well-known Mumbai-based health activist Dr R K Anand (one of his earliest campaigns was to promote breast-feeding and discourage infant foods in the country) recounts going to a birthday party at a restaurant for a five-year-old and finding that fathers found it impossible to speak to each other because the music was turned on far too loud. I can cite a different experience from my own son's wedding some 15 months ago. I had grave misgivings that the reception would be a crashing bore because my son had banned all forms of music (or any amplification, for that matter!). However, in the end, everyone complimented us for being able to meet friends and actually talk to them, for a change.

As Dr Anand states, "It is little known that continuous exposure to such settings can cause temporary or permanent deafness in children. Loss of hearing due to extreme noise is well established. Young children and adults should know that if they cannot talk to a person two metres away, the background noise level is downright unsafe. This level of sound is not uncommon in birthday parties, dance floors and rock music shows. Noisy toys, certain fireworks, marriage bands and loud speakers during festivals only make it worse.

"The ear does not distinguish between different types of noise. All noise exposure is addictive. Sumaira Abdulali is very concerned about this issue. She studies the level of noise with a proper instrument. Sound exposure below 78 decibels (dB) is safeâ¦ Birthday parties using loud speakers often record unsafe noise levels. The levels during the final day of the Ganapati immersion varies from 90-100 dB. The noise levels increased through the use of loud speakers, especially when powered with generators, film music, bands and firecrackers. Children often participated in these processions. Some mothers had crying infants in their arms. Noise from most 'light based' crackers, used during processions and Diwali exceed 100 dB.

"Sound exposure above 78 dB should alert us to possible danger. Sounds above 85 dB may cause temporary hearing loss, as after one rock show or a birthday party, but the loss may worsen and become permanent with frequent exposure to noise. Sudden extreme noise of more than 140 dB due to a bomb or other source can cause permanent loss of hearing even after one exposure. Of course, there is a known individual variation in susceptibility to hearing loss induced by noise."

What Dr Anand doesn't add is the stress on the nerves which constant honking causes. When Mumbai autos went off the roads some weeks ago over some dispute, the silence on the city's streets was palpable (the noise caused by their engines is of course a much bigger contributory factor). While Bajaj and other two- and three-wheeler manufacturers have been pilloried for delaying the introduction of four-stroke engines and poisoning the atmosphere as a consequence, they have been let off the hook so far as their din is concerned. The ill-effects of air pollution or excessive heat or poor sanitation have been computed, but the full health and economic costs of stress due to noise haven't. We have become inured to this level of nuisance and take it for granted, so much so that when one goes to the West, one wonders whether there is a curfew in place or another ban on vehicles.

In her petition Abdulali cited the international norms: "The World Heath Organisation in its Report published in 1995 prescribes a safe noise level for a city as 50 dB. For the purpose of illustration, the sound of a bird chirping generates a reading on the sound meter of about 20 dB while the sound of an aeroplane is at about 130 dB. While the threshold of hearing is anything above 0 dB, the threshold of pain is at about 120 dB. While most people are familiar with the notion of loud noise causing harm, not many are aware that continuous exposure to low levels of noise over a period of time can also cause loss of hearing."

While enacting and enforcing laws is one part of the solution, education is surely another. Children, who now have to study the environment as part of their main curricula, ought to learn about the impact of noise on their well being and that of others. Consider that only 4 per cent of Mumbai's commuters - as distinct from the total population of 16 million - use private cars and another use 9 per cent taxis and autos, this minority of 13 per cent imposes a very heavy (dare one say deafening?) burden on pedestrians and residents. Needless to add, the longer-term solution is to encourage public transport and deter motorised transport of all kinds, not least because of the very harmful impact on the climate.