Harapriya Nayak and Santosh Dora share their experience of working with the tribals of a small village in Odisha, who were suffering because of heavy mining happening in their area and how they brought about a change.
18 October 2017 -

There is a saying, “The tiger has devoured the past”. Earlier people were eating leafy vegetables and lived for 100 years, but at present they die before they are 60. We have been facing the problem for the last 10 years. This is what Sukri an elderly woman of Purunapani village says about the dust problem in their area.

Dust and only dust could be seen everywhere, giving an ominous portent of a disaster. This is an apt description of Joda and Jhumpura blocks of Keonjhar District of Odisha. The district is mineral rich and is known as the land of riches, though its inhabitants, primarily tribal communities like Kolha, Santali, Bhuyan and Juang, have lost everything - the forest and their habitat. The forests and farmlands of the area had nourished them for generations, and today much of it is lost. 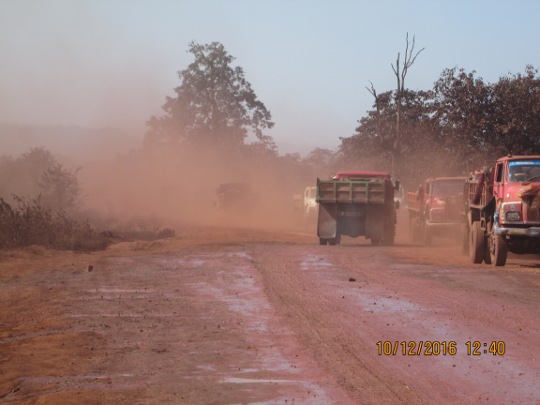 The Supreme Court had appointed the M.B Shah Commission in 2010 to investigate the mining projects in Keonjhar. Since the investigation, 32 mining projects have been shut down, but there are 88 mines still in operation. The commission had come out strongly against a range of illegalities in mining operations that included gross violation of Environmental Clearance and Consent to Operate procedures.

Justice M.B.Shah in his report of June 2013 clearly pointed out that all along the roads which are passing from and to the villages, on both sides about 150 meters, there is widespread dust pollution and thereby the trees are covered with dust particles and matching with the colour of minerals.

From this situation, one could imagine the fate of the villagers who are residing in these areas.

The entire stretch from Keonjhar to Joda, Balani and Guali has a noxious combination of dust and country liquor making (known as handia). More than 1000 trucks and dumpers are used to transport minerals every day. These minerals are also transported, without any safeguards, through 13 Railway Sidings or in simple words, loading and unloading stations. The minerals are transported to industries like Kalinga Steel, Paradip port of Jajpur District etc. Accidents are a common occurrence in the district, as the movement of vehicles is completely unregulated.

With the mine operators completely disregarding the Rule of Law and carrying on despite strong recommendations of the Supreme Court appointed committee, was there something that could be done to turn the tide?

As part of the collaborative action research project of Keonjhar Integrated Rural Development and Training Institute (KIRTDI), Keonjhar and the CPR-Namati Environmental Justice Program, we began taking a few steps. The first was to understand the kinds of impacts people were facing due to the mining related dust and the extent to which the environmental safeguards were being violated. As part of our initial investigation we realized that more than 5 lakh families are being affected by such activities, nearly 1800 people of which were in the Purunapani, Naibuga, Loidapada, Jalhori villages that are in the study area.

What also came to light was that most of the Plants and mines in Joda and Jhumpura block of Keonjhar District do not comply with the mandatory environmental conditions like sprinkling of water to control dust on the roads, dumping yard, and the mine overburdens. While black-topped or concrete roads and water sprinkling are not enough, it can certainly reduce the amount of dust reaching people’s homes and farmlands. The same applies to covering the trucks carrying iron ore or manganese with tarpaulin. These requirements are clearly laid in the Consent Orders issued by the State Pollution Control Board and Environment Clearance granted by the environment ministry.

This is the story of Purunapani, a tribal inhabited revenue village of Jhumpura block, known to be in existence for nearly 200 years. Earlier ensconced in dense forest, the village presently has 37 households with a population of 172 people, of which majority are tribals.

The village is located in Jhumpura block at a distance of 4 kilometers on the road from Palaspanga to Bamaberi. The village is bestowed with enthralling natural beauty. It is surrounded by forest on three sides while river Baitarani flows on the western border of the village. The inhabitants have kept their traditions and customs intact. Earlier agriculture was their primary occupation and that apart they had collected forest produces to eke out a living, but neither agricultural nor forest land is available at present. 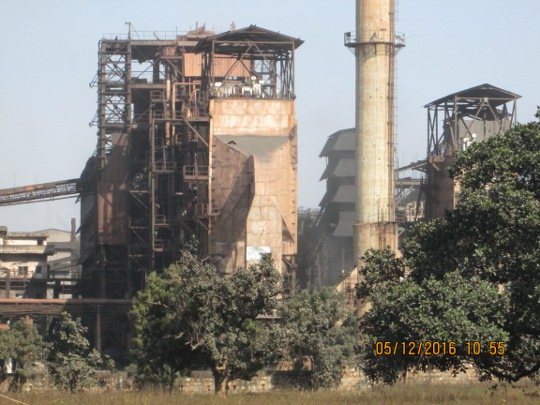 The road has dense forests on both sides with hardly any passer bys and potholes full of water that is black in colour. When we first travelled to the area, we had doubts whether there was anybody living in the village. But Purunapani did exist and the first sign I, Harapriya, saw there read “Pattanaik Steel and Alloys Ltd”. Next to it was a village and just behind its operations, flowed the Baitarani River. Five tribal households are located on that side of the village.

I visited the home of late Durga Majhi. His wife did not seem mentally stable and there were five children living in a dilapidated house. Their 18-months old child appeared severely malnourished. There was no possibility of a discussion on what went wrong. 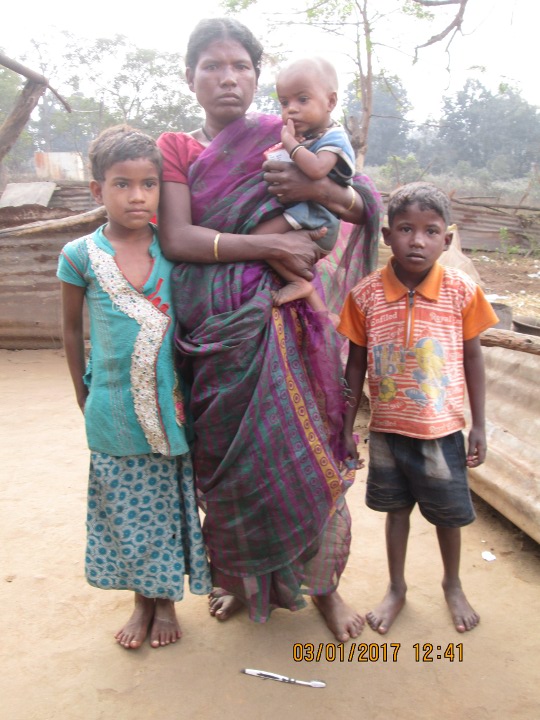 The villagers shared that Durga Majhi was a worker in the Pattanaik Steel and Alloys Plant and they also claimed his health was severely affected by working in the Plant. The company did not take any responsibility or pay compensation after Durga Majhi died. Even a visit to the bigger city hospital in Cuttack could not save him. The first six months after his death there was food in the house and then things just became worse. Today Durga’s wife has no access to government schemes or any pension.

This pushed us even more to work with the villagers to address the problem of dust pollution in the area.

When we interacted with the villagers, especially women they said in Purunapani “There would be more money when there is more dust on the road.” They laid out all the impacts and effects of mining for us ever since Pattnaik Steel Plant has been in operation. Loss of agricultural land, risks due to the movement of heavy duty vehicles, muddy water during rains, dark smoke from the Plant especially at night, were all listed. Some villagers they say have gotten money in return of these losses and damages. 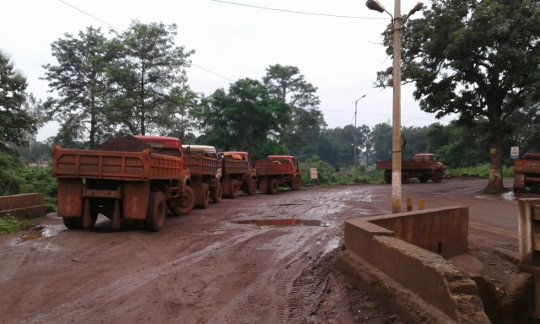 Minerals being transported without the covering of tarpaulin. Pic: Lalit Patro

But the level to which the people had accepted this reality was telling. Mayurika Mahanta, a resident of the village said, “There will be smoke and dust since there is a Plant, nothing can be done about it, we have got habituated to it and it seems as if nothing has happened. There is  benefit on one hand and loss on the other and this is nothing new”. Many men work in the Plant, he added.

Some villagers did approach the Panchayat as well as the Plant management with complaints but to no avail. And as they were not aware of the law they didn’t have strategies to address the issue.

After a series of interaction and orientation on the legal hooks to resolve the dust pollution issue, ten women from the village came forward to find a way out of this mess. We were able to have detailed discussions on what could be done using law. That the effects of mining were occurring due to the violation of conditions of Environmental Clearance and Consent to Operate was not known. When it was evident that the law was on their side, the decision to file a complaint was easily made. The women understood the risks, since their men folk worked in the Plant, but they were united in addressing this issue which impacted them the most.

In their letter to the Keonjhar regional and state office of the Pollution Control Board (PCB), the women highlighted that Pattanaik Steel and Alloys Ltd was violating Air Prevention and Control of Pollution Act (1981) through emission of smoke and generating dust in transportation of minerals without covering the truck load with tarpaulin. Due to massive scale of transportation on the village road, the condition of the road was very bad which led to more dust and impacted the agriculture fields on both sides of the road. 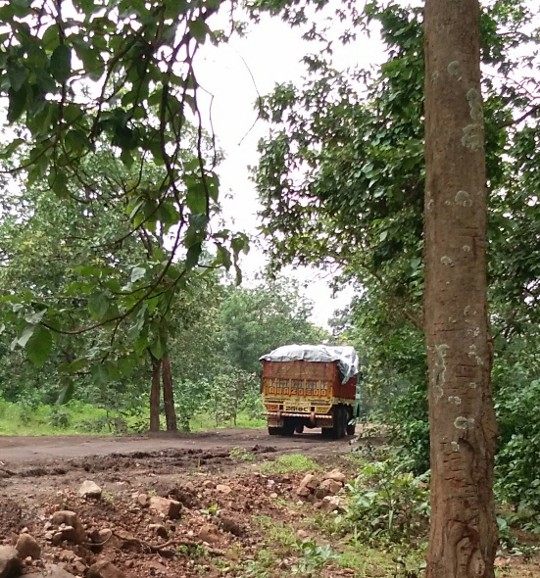 Following the complaints and the site visit by the PCB, a Smoke Management System (SMS) has been repaired and a pond of larger size has been created in the Plant by the mining company. The company has been instructed to control the smoke, black-top the road and sprinkle water on the road regularly. The company has purchased a 7 acres of land at Hatimara, a place located at a distance of 7 kilometers from the Plant to dump its waste and will establish a fly ash making unit. As per the compliance letter, the work is ongoing.

Mayurika Mohanta and the ten women who came forward to file the complaint say they are quite happy to see the changes. Residents of Naibuga, the neighbouring village of Purunapani, are now following in the footsteps of Purunapani’s women.