One acre forward, two back

The decision to repeal and replace the 1894 Land Acquisition Act is welcome, but many provisions of the new Bill are so vague that they will only perpetuate past mistakes, writes Shripad Dharmadhikary.
01 September 2011 -

The Ministry of Rural Development (MoRD) on 27 July 2011 released the draft of the National Land Acquisition and Rehabilitation and Resettlement Bill, 2011 for pre-legislative comments and discussion. Land acquisition - or rather, compulsory acquisition of land by the Government - has assumed importance in recent years with people's struggles around land reaching greater intensities than ever. Though this Bill, which seeks to replace the colonial Land Acquisition Act of 1894, has several important positives, it does not seem have learned any lessons from the issues many movements and struggles have raised.

For the first time, the government has brought together in law the related issues of land acquisition on the one hand and the rehabilitation and resettlement (R&R) of affected persons on the other. Until now, these two have been seen as separate. Under the Land Acquisition Act, payment of cash compensation is considered adequate, full and fair consideration for the land that is taken away from an owner. There is no legal requirement that anyone should be rehabilitated.

The new Bill proposes to change that, by bringing together the processes of land acquisition and R&R in a common legislation, and providing for R&R to be mandatory when land is acquired. In fact, for areas of 100 acres or more, the Bill also mandates R&R when a private company secures land by direct purchase with the consent of sellers.

Secondly, it introduces to some extent the idea of "no forced acquisition". In enabling the Government to acquire land for private companies it requires that at least 80 per cent of the affected families give their consent to the acquisition, before the rest can be forced to part with their holdings.

Thirdly, it enshrines the notion of a Social Impact Assessment (SIA), to be carried out when the acquisition exceeds 100 acres. This SIA has to assess, among other things, the nature of the public interest involved, the nature and extent of the impacts due to the acquisition, whether the land proposed for acquisition is the bare minimum required, and whether less or non-displacing alternatives are available.

Fourthly, it also provides for a Committee to recommend the acquisition, which can be read as a sort of mandatory prior authorisation. The Committee has to give this recommendation based on the SIA, the report of the Expert Group's examination of the SIA, and other relevant documents. It requires that the Committee's recommendation is guided by "the principle of minimum displacement of people, minimum disturbance to the infrastructure, ecology and minimum adverse impact on the individuals affected".

However, there are problems even in these positive features due to the way they are structured or the way their implementation is to be carried out.

Firstly, while the provision that direct purchase of more than 100 acres by a private company would necessitate rehabilitation and resettlement according to the act is an important provision, the floor of 100 acres is problematic and should be lowered.

Secondly, the logic that consent of 80 per cent of the affected families is required only in the case of acquisition carried out for private companies is difficult to follow. Why shouldn't the same principle be followed for acquisition by the Government? Does a dam built by a private company have more impact than one built by the Government? Moreover, in these days of divestment, what happens if a Government agency acquires land (and does not therefore need the consent of the affected people), and thereafter the project is divested to a private company? Clearly, this artificial separation must go.

The SIA is a very useful tool, but to require the SIA to assess "whether less or non-displacing alternatives are not technically or geographically available" is really meaningless. The assessment of various options needs to be done at a much upstream stage of project planning. When the process comes to a stage where the land required has been identified and an SIA is being done, the project clearly is at an advanced stage of development. Even if the SIA finds a better alternative, it is unlikely to make any difference to the project. Moreover, the team conducting the SIA may not be the best qualified to do such an assessment.

The resettlement provisions themselves are highly inadequate. A detailed critique of these provisions would require separate treatment. But a few issues need to be mentioned here. 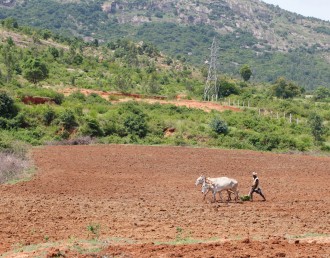 Considering that the Government itself decides on acquiring land, it is a conflict of interest for the Government to also decide appeals against such acquisition. That should be done by an independent regulator.

The whole thrust of resettlement is on payment of cash. Land-for-land provision is made only in case of land acquisition for irrigation projects, and here also the minimum allotment is of only one acre. Important principles enshrined by decades of the struggles against displacement, like fishing rights to the people displaced by reservoirs, resettlement as a community etc. have been recognised but rendered toothless by making them optional with the use of words like "may be allowed" and "preferably".

But these are not the major problem with the Bill. These lie at the very core of the Bill - the definition, or rather, the absence of a proper definition of what constitutes a public purpose for which land is to be acquired.

The founding rationale of the Land Acquisition Act is to allow the Government to acquire lands compulsorily if they are required for a public purpose. Hence, what constitutes such a public purpose is at the heart of the Act, and this has also been the target of intense criticism by movements against displacement. It is on this count that the current Bill is most problematic.

Under this definition, practically any endeavour - a shop, a bank, a mall, a film theatre, a hotel - anything is a public purpose as its "benefits would accrue to the general public". Such a broad definition defeats the very purpose of applying the Act, as its use then becomes entirely discretionary. In fact, by giving the Government the power to designate as infrastructure "any other public facility as may be notified ... by the central government", there is further discretion introduced - any infrastructure project is deemed by the proposed Act to serve a public purpose.

What is essential in the Act is a far more rigourous, more legitimate, more justifiable and sharper characterisation of public purpose, and a well defined process to establish the same. Let us look at another dimension of this. Among the public purposes is infrastructure. Infrastructure is defined in the Act and includes electricity, water, roads, irrigation and many other categories of projects. This raises an important question: Does every such project serve a public purpose?

For example, a recent report by the Prayas Energy Group in Pune points out that "A massive expansion in thermal power generation in India is on the anvil. Environmental clearances have already been granted to about 200,000 MW of thermal power projects and capacity totalling to another 500,000 MW is in various stages of securing environmental clearance." The report shows that this capacity is far in excess of the near and long term demand projections well into 2032. (I am a co-author of the quoted report).

When much of the planned thermal power capacity is in excess of the country's power needs, can it then be said to serve public purpose? If not, then the Land Acquisition Act should not be used to acquire lands for such projects.

However, the current Bill has no means to make a distinction of this sort or to assess which projects are required in public purpose and which are not. It just assumes that every power plant, every road, every dam, every airport, every mine is serving a public purpose. Unless this weakness is rectified, the Bill will become self defeating. It will just confirm that its purpose remains diversion of land to support the blind push for high economic growth which benefits mainly the elite and supports private super-profits.

Another weakness of the Bill is that there is hardly any space to meaningfully challenge the acquisition. Section 11 of the Bill allows any person with interest in the land being acquired to object to the extent and choice of the acquisition, to the justification of public purpose and to the findings of the SIA. However, this objection is to be heard by the District Collector, who will forward his/her recommendation to the Government. The decision of the Government is final in the matter.

Considering that it is the Government itself that has determined that the land needs to be acquired, and has accepted the purpose as a public purpose (under Sec. 9), it is very unlikely that the Government will uphold any objection, especially a fundamental one challenging the public purpose. There is a direct conflict of interest in this situation as the Government, an interested party as it has in the first place decided to acquire the land for a particular public purpose, is called onto decide on the objections to it. There needs to be an independent mechanism to hear objections to the acquisition.

Last, but not the least, the Bill is a continuation of the current approach to development, where the common person is only a passive object of the development process. She has little say in not only the how, and what of development of which she is to be a beneficiary, but in the case of acquisition and displacement, even in the process of her own resettlement.

It is true that a single Bill cannot address this larger issue, but it can most certainly take cognisance of the principle of deep rooted participation and create spaces for the participation of the people at every possible level. This includes the shaping of the development project and the structuring of the resettlement. The requirement of consent of 80 per cent of the people for acquisition by private companies is only a start. There needs to be a greater role - greater than just giving them a public hearing - and at a more upstream level, for the gram sabhas and the affected people.

The public should not just be "consulted" but need to be a part of the decision making process related to how their resource are to be used, the options assessment, choice of developmental options, doing the SIA / EIA and in the acquisition and resettlement. Only then will the Bill move from becoming just an instrument to divert land to the needs of industrialisation and urbanisation, to one enabling participatory development.

BACK TO SCHOOL : Meaningful restart of education is critical
MORE ARTICLES
on similar topics ...
DISPLACEMENT