Too risky to tolerate

The seed producer Monsanto India Ltd has sought regulatory approval in India to sell its genetically modified (GM) corn that is tolerant to herbicides. Herbicide tolerant (HT) crops are genetically engineered crops which contain genes that allow them to resist the application of herbicides - the chemicals that kill weeds as well as all other plants except the ones that are genetically engineered. The logic of creating HT plants is to have crops that will remain unharmed when chemicals are applied for weed control.

Controlling weeds by using chemicals like herbicides becomes necessary in the large-landholding, labour starved agricultural conditions in industrial countries. In developing countries like India weeds are controlled manually. Farm operations like weeding, sowing, harvesting, threshing and winnowing are the key sources of rural employment, especially for women.The herbicide tolerance trait is essentially a labour saving and hence also a labour displacing trait . In a labour-surplus country like India, it will have disastrous economic implications. The Agbiotech Task Force chaired by M S Swaminathan has warned against introducing labour displacing technologies like herbicide tolerance.

The HT trait must also be seen in the context of how 'weeds' are perceived and used in India. They are not considered useless plants as in the west but have several useful functions critical to the well being of rural communities. Plants collected as weeds fulfil two important nutritional roles. They are largely nutritious leafy greens, like Chaulai, Bathua and Sunsuni saag which are a valued and free source of nutrition in the family's diet. A typical rice field in India (or Bangladesh) would yield at least twenty to thirty types of leafy greens over the cropping season. This access to free nutrition is one of the reasons why nutritional status is better among the rural poor than among the urban poor who have to buy all their food. 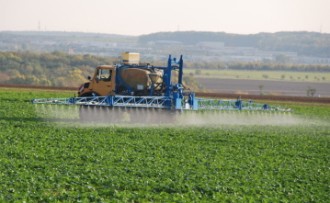 Those plants that are not eaten by the family, serve as fodder for the livestock that rural families maintain as additional income sources. India is a fodder starved country and has a very large livestock population. Free range grazing and fodder from fields is a great support to maintaining livestock. If rural families had to buy all the fodder they needed to maintain their animals, many would not be able to afford livestock and would have to forego the extra income.

In addition to the supplementary food and fodder that they provide, so called weeds are also the medicinal plants that rural families depend on for the health and veterinary care needs of themselves and their animals. The introduction of herbicide tolerant crops with accompanying herbicide use would kill the surrounding vegetation and deprive rural communities of the medicinal plants which form the basis of indigenous healing traditions. It is acknowledged by the World Health Organisation that over 80 per cent of rural communities across the world are dependent on medicinal plants and indigenous systems of medicine. Destroying the vegetation around crop fields would deprive village communities of crucial health care opportunities especially in a situation where the formal system does not adequately address their health and veterinary requirements.

Apart from this, using herbicide tolerant crops would make it impossible to plant crops on the fields' borders and the raised bunds, as is done in many parts of India and Asia for additional food and for increasing farm incomes. Typically, farmers will grow crops like yams, ginger or vegetables on the bunds surrounding rice fields. Thus two or three kinds of produce are available from the field in the same season. This advantage would be lost if the package of herbicide tolerant crop varieties and tailored herbicides would be implemented.

In addition, the practice of intercropping and mixed farming would suffer a setback. Traditionally farmers plant more than one crop in the field. Sugar cane for instance is interspersed with lentils or mustard and it is not uncommon to find farmers planting mustard along with wheat, to be harvested one after the other or linseed together with lentils. Mixed cropping is widely practiced, with differing combinations of crops depending on the region.

Destroying useful biodiversity so that Monsanto can plant its proprietary GM crop goes against the interests of the rural community. But the big corporations like Monsanto have no business interest in this biodiversity, so they do not care if it is destroyed while they are pushing their own seeds. The rural community, however, stands to lose from crops that will entail the killing of all the biodiversity in the vicinity of HT crop fields.

The socio-economic impact of introducing herbicide tolerant crops in India is negative. HT crops offer no advantages to consumers. As for farmers, losing risk minimising options like mixed cropping or bund planting, will affect farm families adversely, as will the loss of wage labour from weeding. Losing useful flora as food and fodder will add a financial burden if these have to be made up from the market.

The loss of surplus income from livestock or the loss of health care options resulting from the loss of medicinal plants that are used for home treatments and veterinary care will have an impact on the conomic status of the family. Less money may mean pulling out a girl child from the school, less money for school books or fewer clothes. This is why small farmers do not put all their eggs in one basket. They have developed a diversified economy that distributes risk and allows them to harvest different things from different sources . Heribicide Tolerant crops strike at the very root of such valuable and proven strategies relying on diversity.

Suman Sahai is president of Gene Campaign, based in New Delhi.