Public memory is famously reputed to be short-lived and what better proof of it than in a country as ours, where scams surface every other day, seriously jolt and shame national consciousness, create a furore and then slowly but inevitably get sucked into the morass of acceptance and resignation.

Around the middle of 2011, a Comptroller and Auditor General (CAG) draft report bearing the results of an audit of the Production Sharing Contracts related to on-shore and off-shore oil and gas blocks was widely reported by media. It brought into the open concrete evidence of a dubious nexus between government and big private players, most prominently Mukesh Ambani-led Reliance Industries Ltd.

While the glare of electronic media and the general feeling of outrage have since characteristically subsided, the conscientious can now look forward to a detailed exposition of the murky realities behind the government's deal with the Reliance Group involving extraction of natural gas from the Krishna-Godavari (KG) offshore basin. Backed by years of research that took roots long before the CAG report became public, veteran journalist and academic Paranjoy Guha Thakurta delves into the unholy world of crony capitalism in his forthcoming book tentatively titled Gas Wars: Ambani brothers and the fight for India's natural resources, co-authored by Subir Ghosh, a journalist and author with over 20 years of work experience. The book will be published by HarperCollins and is expected to be released sometime in the second half of 2013.

In 2004, two years after iconic entrepreneur Dhirubhai Ambani died intestate, the rivalry between sons Anil and Mukesh Ambani erupted out of the boardroom and into the open, generating significant public and media interest, scorn and power-peddling. The common view was that the ugly sibling clashes were an inevitable outcome of the tussle over ownership of the huge empire that their father had carved; however, it was only a discerning few  such as the author  who actually grasped that the key bone of contention was the control over the mining and marketing of India's natural resources, more specifically the unexplored gas reserves in the Bay of Bengal off the south-eastern Indian coast. 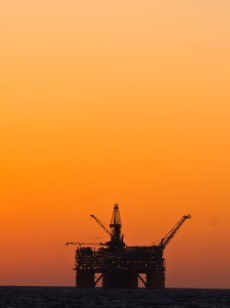 Guha Thakurta discloses that the edition will feature a last interview with former chairman and managing director of the government-owned ONGC, the late Subir Raha, as well as an exclusive, unreported speech made by a former Union Minister for Petroleum with reference to the cloud around the administered price of gas set by the EGoM.

•  Gas clouds over the government

In May 2010, much to the chagrin of younger brother Anil Ambani, the Supreme Court of India awarded the control of these natural gas resources to Mukesh's Reliance Industries. This set the context for the ensuing exploitation of public resources in connivance with top government officials, who not only condoned, but actively created scope for subverting fair and equitable distribution, the dynamics of which is what the volume highlights, says Guha Thakurta.

Guha Thakurta is a seasoned and informed observer of India's political economy. Describing the book in detail, he says he uses the draft CAG report as just one of his reference points to raise critical issues that highlight the loopholes not just in this contract in particular, but in the overall framing of rules and procedures that encourage a culture of favouring a few at the cost of many. The author also gave a talk about the book at the Indian Institute of Management, Bangalore, in November 2012.

From a conversation with the author, it emerges that several questions may be raised based on the damning findings of the CAG that clearly show how the Production Sharing Contract (PSC) with Reliance is deeply biased in favour of the private operators and actually provides an incentive for them to inflate capital costs resulting in a dent in the government's share.

To cite a few:

Satarupa Bhattacharya is a Bangalore-based journalist. She wrote this article based on material released to India Together by the authors of the book.