The Supreme Court in a landmark judgment has allowed passive euthanasia, thereby giving succour to terminally ill patients and their relatives, but is India culturally ready for this move? Ramesh Menon reports.

There can be no dignity in life if there is no dignity in death. It is this philosophy that underlies the recent landmark judgment of the Supreme Court in allowing passive euthanasia after years of protracted legal battle by activists. They had fought for allowing terminally ill patients to have the right to determine whether to die peacefully and put an end to their pain, trauma and suffering.

Passive euthanasia entails withdrawal of medical treatment to expedite death of a terminally ill patient. Active euthanasia, on the other hand, consists of using a lethal dose to end life and is illegal in India. The five-judge Constitution bench headed by Chief Justice Dipak Misra also permitted terminally-ill patients to draw out a “living will” if medical experts felt that there was no cure in a case and which would allow doctors to withdraw life-support systems under certain laid-out circumstances. 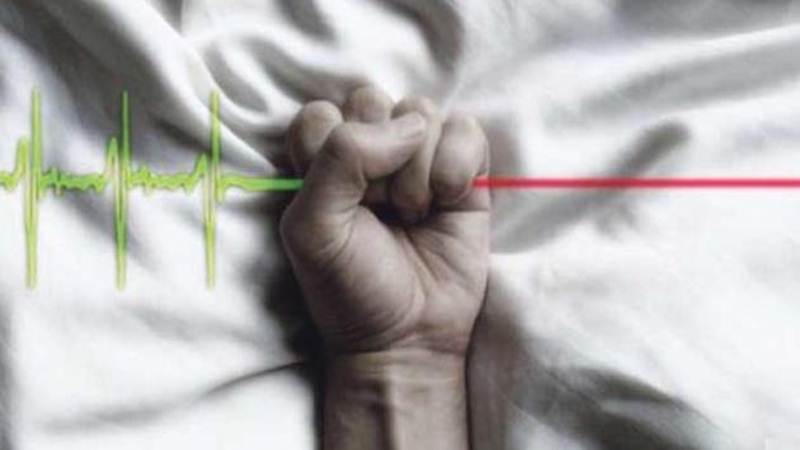 A living will is a legal document where a patient can categorically give consent in advance to doctors and relatives to take off life support or end treatment in cases of terminal illness.

This move by the apex court will bring relief to thousands who are on the brink of death and alleviate the suffering of their helpless relatives too. Chief Justice Misra remarked that terminally-ill patients need to be allowed to die with dignity and death for some could even be a moment of celebration as their suffering ended. The chief justice quoted Epicurus'-- “Death is nothing to us, since when we are, death has not come, and when death has come, we are not”. He said the fundamental question that puzzled the Court was “whether the Hippocratic oath should prevent us from entering the dark tunnel of death with dignity.”

Chief Justice Misra remarked: “A patient in a terminally ill or persistent vegetative state exercising the right to refuse treatment may ardently wish to live but, at the same time, he may wish to be free from any medical surgery, drugs of treatment of any kind so as to avoid protracted physical suffering. Any such person who has come of age and is of sound mind has a right to refuse medical treatment.”

Justice DY Chandrachud, who was one of the five members on the bench, said that the right to decide to die without suffering is the last vestige of dignity. He said: “We are in a state of flux, change being the norm. To be is to die.” He added: “There is no antithesis between life and death. Death represents the culmination, dying is the process.”

The judgment laid down elaborate guidelines (see Box 1) to ensure that this would not be exploited by scheming relatives or vested interests. A system of checks and balances has been suggested to make it a transparent process. It is bound to place a huge burden on the treating physician and the hospital. These guidelines will be in force till the Parliament passes the necessary legislation.

The stringent guidelines will now put pressure on both the treating physician and the hospital as they will have to follow elaborate procedures. The doctor will be responsible to ascertain how genuine and authentic the living will of the patient is. Once the doctor is convinced of the fact that there is really no cure, the doctor will act upon the will after briefing the close relatives and guardians of the patient on whether there are alternative methods available for treatment and the ultimate consequences of stopping treatment.

After this, a medical board will have to be constituted of experts from various fields who have an experience in critical care and have a standing in the profession of around 20 years. (See Box 1)

But how will this new ruling pan out in India which has a host of social, ethical and cultural issues? There are no easy answers. But, one thing is certain. It is not going to be as easy as it sounds. Looking after the elderly, ensuring that they get healthcare, prolonging their life even if they are in a vegetative state are all realities that envelope our society. But this is just one part of the dilemma.

The other is the fear that greedy relatives eying the wealth and property of their sick kin would try and use this new ruling to achieve their goals. There have been numerous such instances in the past. However, the court has drawn an elaborate process in its judgment on how a living will or an advance medical directive could be drafted. (See Box 2)

The debate over euthanasia has been going on for many years among patients, relatives and the medical fraternity. It has been a long battle. It came into sharp focus in the case of Aruna Shanbaug, a 24-year-old nurse from Mumbai who was brutally raped and strangled by a hospital employee with a dog chain, cutting off blood supply to her brain. This happened in 1973 and she remained in coma for 42 years till her death.

Pinki Virani, who wrote a book on her tragedy, filed a case seeking euthanasia to end her suffering. However, nurses at KEM Hospital who had diligently looked after Shanbaug, said they would not permit it as they were there to look after her. She ultimately died of a cardiac arrest.

The 241st report of the Law Commission had said that passive euthanasia should be allowed with safeguards. As law-makers work on a proposed euthanasia law, they will have to ensure that the provision to free patients from misery is not misused by unscrupulous relatives in collusion with doctors.

Ramesh Menon is an author, journalist and documentary film maker. He got the Ramnath Goenka Award for Excellence in Journalism for writing on pesticide poison spreading in India for indiatogether.org.

BACK TO SCHOOL : Meaningful restart of education is critical
MORE ARTICLES
on similar topics ...
CULTURE