Why are so many elderly men killing themselves?

While any act of self-killing is tragic and worthy of attention, one cannot help wonder why the proportion of male suicides in the country steadily rises with age. Take a look at the stark and sustained picture revealed by the data published by the NCRB.

A few months ago, young Bollywood star Jiah Khan killed herself. While questions were naturally raised about her suicide and the pressures on actresses and women in general, the reality is that Indian men kill themselves at nearly twice the rate of Indian women. According to data from the National Crime Records Bureau (NCRB), about 65 per cent of suicides are committed by men, compared to 35 per cent by women. 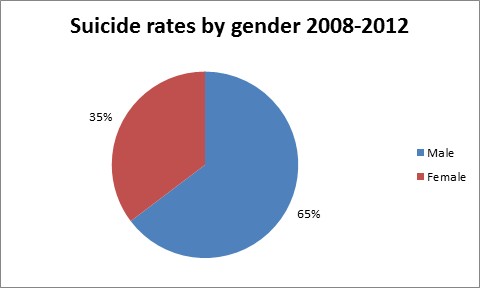 In absolute terms, for the years 2008-2012, the number of deaths for men and women stood at over 4 lakhs for men, and 2 lakhs for women. Every death is a tragedy that leaves devastation in its wake. Nonetheless, the data throw up the question . why are men killing themselves at almost twice the rate that women are? 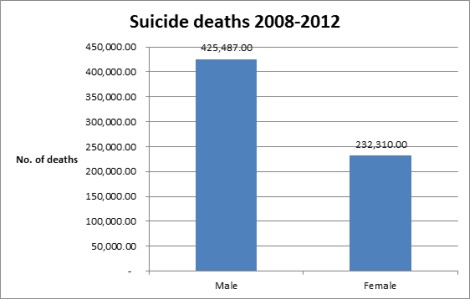 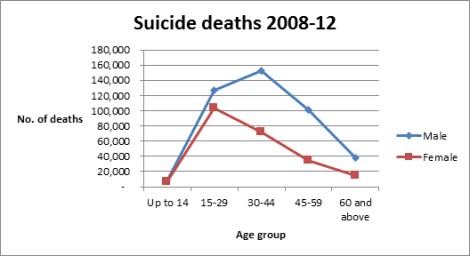 Rates in elderly men are highest 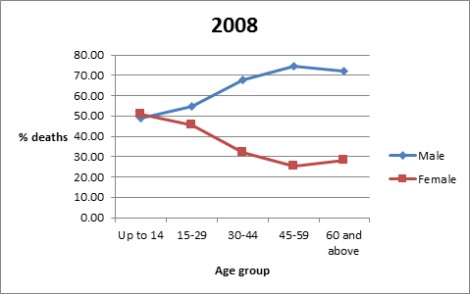 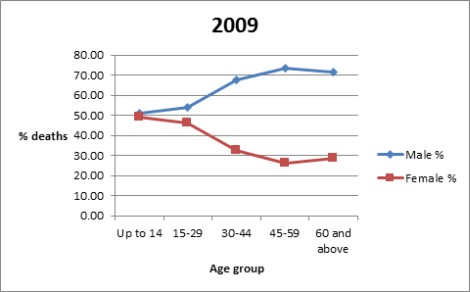 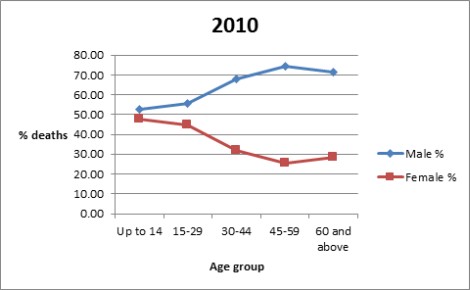 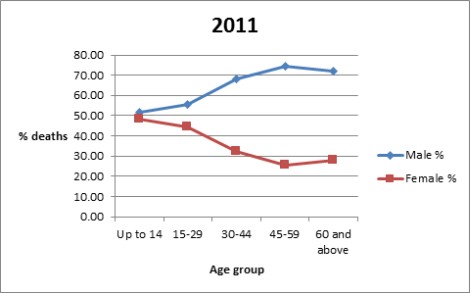 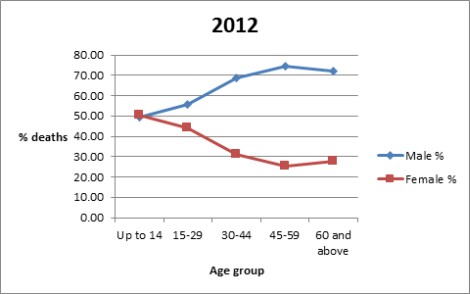 This trend becomes very clear once we take a look at a graphical representation of the numbers. The pattern is so clearly visible and so entrenched over the years, that it raises the question, "What's behind this trend?"

There don't seem to be any clear answers about why this is happening. We can only speculate because the causes themselves are quite wide-raning - heartbreak, domestic troubles, and financial problems, and much more. Disaggregating and understanding these by age, however, is clearly important, given that the rates of suicide for men and women appear to be evidently connected to age.