15 years, and hardly any lessons learnt!

Successive audits of irrigation projects in Karnataka over the years, starting with a report from the CAG for the year ending 31 March 2001, have repeatedly pointed to missed targets, wasted expenditure and negligible benefits. Himanshu Upadhyaya presents the findings from the most recent audits.

Two recently-tabled CAG audit reports in Karnataka assembly, a performance review of numerous irrigation projects by three irrigation corporations* and an audit of Command Area Development Projects point out that the deficiencies plaguing these projects ranged from faulty survey and design, erroneous estimates, irregularities in tendering, violations in land acquisition processes and tardy execution of works.

The Command Area Development and Water Management (CADWM) programme is being implemented as a state sector scheme since 2008-09. The scope of the programme was enhanced by the Government of India (in July 2010 and December 2013) by including new components based on evaluation and impact assessments, although the basic objective remained the same.

A performance review of such development was carried out by the CAG of India by accessing records pertaining to four CADAs – namely Belgavi, Munirabad, Mysuru and Shivamogga – and a review of records of the Directorate of CADAs and Secretary, Water Resources Department over the period 2009-10 to 2013-14.

The review activities covering the period 2009-14 showed that a gap of 4.10 lakh hectares existed between irrigation potential created and utilised, as of March 2014, due to non-construction of field irrigation channels. At the end of March 2009, this gap stood at 5.65 lakh hectares.

Audit scrutiny revealed that none of the test checked CADAs had prepared a comprehensive scheme or long-term perspective plan as prescribed in the Act, although annual plans had been drawn. This was clearly in violation of what was envisaged under section 12 of the Command Area Development Act, 1980: that any scheme so prepared shall specify the phases in which the area is proposed to be covered, the phasing of the scheme, a sketch plan of the area proposed, the survey numbers to be covered, works to be executed etc.

Further during the scrutiny of the annual plans, CAG auditors observed that the annual action plan/integrated plans were prepared in a routine manner, without considering the extent of the survey completed, which resulted in unrealistic targets being fixed for OFD works. Data shown in progress reports furnished by the Secretary, Water Resources Department exposed significant shortfalls in terms of achieving physical targets in respect of all activities except training. 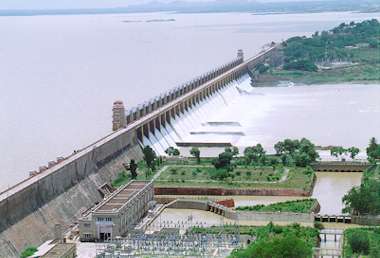 It is also interesting to see how these defaulting CADAs responded to the audit findings. In a reply dated June 2014, CADA Munirabad sought to argue that “consolidated proposals for survey and planning had been taken up and were in its final stage”. In contrast to this, CADA Mysuru stated in a reply dated July 2014 that “preparation of comprehensive master plan for the earlier stages of the project does not serve the purpose”.

In two separate replies dated July and October 2014, CADA Shivamogga and CADA Belgavi accepted that the comprehensive surveys had not been conducted.

However, at an exit conference where CAG auditors presented the draft performance review report, the additional chief secretary, Water Resources Department sought to blame the huge shortage of manpower for difficulties faced in implementation of CAD activities.

The performance audit of CAD also noticed that the objective of Participatory Irrigation Management (PIM) – to ensure farmers’ participation in irrigation management and maintenance of command area – remained unfulfilled, as water management was not being carried out by the water users’ cooperative societies.

This concept had emerged to provide a safeguard against Command Area Development activities being implemented in a top-down manner characterised by centralised decision making and was made mandatory from June 2000 onwards. With effect from June 2000, the formation of the following four-tier structure was mandated:

Audit scrutiny revealed that out of 76 projects under CADA, PIM is being implemented only in 33 major and medium irrigation projects. The reasons for not implementing PIM in the other 43 projects were not furnished to CAG auditors.

The details of Water Users Cooperatives (WUCs) targeted, the number of WUCs actually formed, the MoUs executed and water management handed over as on March 2014 revealed significant shortfall, too. Against a total command area of 22.50 lakh hectares under these 33 projects, the target had been to extend irrigation to 16.51 lakh hectares only, of which only 6.81 lakh hectares got eventually handed over to the 2831 WUCs that were formed.

During the audit process there also emerged contradictory responses to audit findings on the issue of failure to hand over water management to the WUCs. When auditors pointed out the instances, the administrators of three CADAs – namely Mysuru, Kalburgi and Munirabad – in a reply dated July 2014 accepted the finding.

However, in a subsequent reply dated September 2014, the Secretary of Water Resources Department sought to argue that 3.37 lakh hectares under these three CADAs had been handed over to WUCs. But after taking these replies on record, the performance review observes that “No records relating to actual handing over of water management to WUCs, was made available to audit”.

When history keeps repeating itself

The above also shows a brazen disregard for performance audits of irrigation projects by the Water Resources Department, especially since the slow progress in formation of WUCs and handing over of water management had been indicated earlier in an audit report for 2011.

Audit paragraph 2.4.7.4 in the CAG audit report on Karnataka for the year ending March 31, 2011 was taken up for discussion by the Public Accounts Committee (PAC) of the 14th state assembly. PAC in its third report tabled in July 2014 had taken cognizance of this significant shortfall and recommended that “formation of WUCs be made mandatory for better water management”. Yet, all the audit findings and PAC recommendations seem to have been brushed under the carpet with impunity.

Furthermore, an audit report for the year ending 31 March 2001 – pertaining to a performance audit by the CAG of six major and medium irrigation projects that received financial assistance from NABARD in 1995-96 – brought out that the Departmental Officers and the Government had failed to ensure proper initial investigation, planning, effective execution, proper co-ordination and financial discipline in the execution of the NABARD-assisted irrigation projects.

This led to large scale irregularities, huge wasteful expenditure on works and purchases, avoidable extra cost, unintended benefit to contractors and unwarranted delay in execution of works. Consequently, in spite of Rs. 537.54 crore being spent on six projects, no benefit flowed from these, except marginally from one project. The monitoring committees neither monitored timely completion of projects nor did anything to prevent wasteful expenditure.

So many years down the line, as we look at the CAG’s report on irrigation projects and command area development, one cannot but question what lessons Karnataka’s irrigation department has learnt in the last 15 years!