Ring the bell against violence

One out of three women faces violence behind closed doors, but even a very small intervention can help in overcoming this. A brilliant audiovisual campaign called Bell Bajao! (Ring the Bell) urges men to take a stand against domestic violence. Ring the bell and intervene in a situation of abuse - the campaign's premise is that this simple act is all it takes to bring domestic violence to a halt.

Bauddhayan Mukherji is the man behind Little Lamb Films, founded in 2008. The firm makes advertising films and is deeply involved in public service advertising. Among its memorable assignments is a film for a project called Friends Without Borders where kids from India and Pakistan write letters to each other. "Some of these have won awards as well but that is not what keeps us going. The motivation comes from the work itself," says Mukherji. He is currently in the limelight because his Bell Bajao! series of one-minute films on domestic violence has not only won numerous prestigious awards, but has also been screened at Cannes 2010.

One film from the series was screened in Cannes 2010 last month as one out of six short films chosen for a section called "Speak Out Against Domestic Violence" Short Films Contest with entries from the Netherlands, Mexico, the UK and the US. It has won a gold and a silver at Goafest (2009), two golds at the Indian Documentary Producers Association Awards, a Spikes Asia Gold, a Community Engagement Award at the Media That Matters festival in New York, a special jury mention at the Expression En Corto Film Festival in Mexico and the Best Public Service Advertisement award at the UNFPA-Laadli Media Awards, India, 2009.

The Bell Bajao! campaign was launched by Breakthrough in August 2008, in collaboration with the Ministry of Women and Child Development. Breakthrough is a New York-based NGO working in India. The campaign is an entire series of brief films, each one featuring a man, who, alerted by a woman's screams, walks over to the house and rings the bell on a variety of pretexts such as asking for a cup of milk or retrieving a lost ball. The campaign asks men to make sure they do their part to ensure women live a violence-free life.

"Before Bell Bajao, I had worked with Breakthrough on their previous campaign for HIV AIDS and Women. It was critically acclaimed, won awards and by the end of the project we had developed a kind of comfort level working together. Bell Bajao happened next. Breakthrough had briefed its agency Ogilvy on the campaign. They worked very closely together. The concept came from the Ogilvy team. Each project has equilibrium. At times we reach it, at times we fail. On Bell Bajao, I think everything just fell in place. A rare occurrence I must say," says a happy Mukherji. 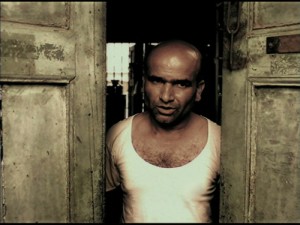 The campaign looks at domestic violence from the sensitive man's point of view. It is an awareness and intervention campaign.

•  Breaking the silence
•  What policies can inspire men?
•  Men and rape prevention

These films are almost without dialogue, with powerful visuals that strike home instantly. The man's shouts rip through the neighbourhood that could be yours or mine. As he screams at and thrashes a woman, the character played by actor Boman Irani can't take the injustice of domestic violence, and he walks over and rings the bell. Under the pretext of requesting to use the telephone, he drives home the point that he knows the shameful secret of the husband who opens the door: the man is a wife-beater. As Irani walks away, you get the feeling that one bell and a severe look will make sure it was the last time the man raised his hand on the woman.

The campaign looks at domestic violence from the sensitive man's point of view. It is an awareness and intervention campaign. The second season of the campaign is now on, and is also done by Bauddhayan Mukherji. How does it differ from the first season? Mukherji says, "One shows an old retired man coming to a neighbouring door with the excuse of delivering a wrongly delivered letter. It is just an excuse for him to ring the bell. What he comes up with is a blank postcard. That is when the penny drops for the abuser, whose realisation is now explicit - he knows that the old man knows!.

"Season One was the initial campaign. Post-release of the same made the entire nation stand up and watch Bell Bajao! People actually walked across and rang the bell. Season Two picked up three real life incidents and reconstructed them. These were chosen from the hundreds of 'excuses' we received in the mail," explains Mukherji.

The campaign echoes the sentiments of a small section of men who feel they have a role to play in addressing violence against women. In India, traditional efforts to tackle violence against women have concentrated on empowering women to assert themselves and prevent violence. This approach excludes men from the process of transformation and binds them to their patriarchal mould. There is a lack of safe, non-threatening platforms for men to talk about problems that lead to violent behaviour including issues of gender and sexuality. There is the need for positive role models among men, who assert a gender sensitive society and can engage other young men in the discourse.

"The campaign asks you to take a stand. It eggs men on to kill the 'It is not my business' mentality," explains Mukherji. Sonali Khan, Director, Creative Communications, Breakthrough, says, "Ending violence against women has been a focus of women's organisations because women are both victims as well as survivors of violence. Women have agency. Women have voices. This story needs another chapter where men act against violence that women face. Men need to support women who face violence. Men talk to other men. Men act as role models. Men need to stop being at the fringes."

The campaign hands men the responsibility of a proactive role. Bell Bajao is the title of this chapter that aspires to break the silences that hound male inaction and inability. It uses the power of popular culture, media, and education to transform public attitudes and promote values of equality, justice and dignity.

Sonali did fret for a while over whether this was taking away from women a chance to raise their own voice. "I realised that when it comes to violence faced by women, men too need a voice. They experience violence and imbibe violence as a behavioural norm. This vicious cycle has to be broken." That's why the campaign makes men the natural allies of violated women. It is for "the silent men, who are not violent themselves but hesitate to take action. What if they take a stand? What if they start ringing the bell?" Well, they would save many, many women from being thrashed behind closed doors.