The CAG recently suggested that there may be huge losses to the government from improper allocations of coal bocks to companies. All eyes are now on the next set of allocations to be made. Kanchi Kohli reports.
31 March 2012 -

The Comptroller and Auditor General (CAG) draft report on coal block allocations in the country suggested that the practice of allocating blocks without bidding results in significant loss to the Treasury. This has rocked the ongoing parliament session in the last week, and received significant attention in the media too. The Government, in turn, claimed that most of the CAG's concerns have already been taken care of by an Empowered Group of Ministers (GoM) examining them, and by other government processes.

Meanwhile, a number of decisions pertaining to allocation of coal blocks are pending before the GoM; no doubt this is being watched carefully by a lot of interested groups, in light of the CAG's report.

One of the pending decisions is the allocation of Mahan coal block in Singrauli district of Madhya Pradesh to Mahan Coal Ltd., a joint venture company of Essar and Hindalco. It is important to note that Essar and Hindalco's power plants - which will use the coal - are already under construction in the area and the companies have put forth this fait accompli argument to seek the forest land diversion for 1182 hectares. Arguing that an investment of Rs.3600 crores has already gone into the existing plants, it is claimed that the Mahan coal block linkage is urgently required if the plants are to start producing power.

The Mahan coal block is to produce 8.5 million tonnes of coal per annum by an open cast mining system. But its allocation will also mean the felling of 512,780 trees in the area. There are also many villages in the area that directly or indirectly depend on the Mahan forest for non-timber forest produce. 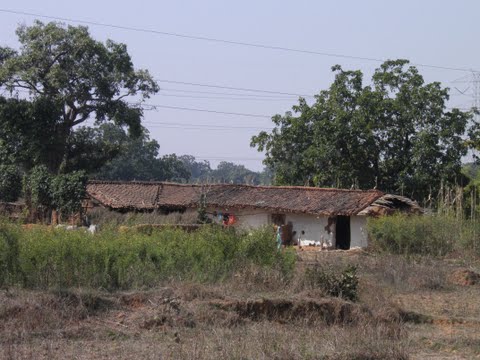 Villagers from Piderwah and other places who depend on the forests of Mahan have sent in a representation to the Ministry.

•  Singed by coal and power
•  Here a plant, there a plant

In July 2011, the then Minister of Environment and Forests (MoEF), Jairam Ramesh made public an explanatory note highlighting factors that weigh in favour of and against the grant of forest clearance to Mahan. The note highlighted that the Forest Advisory Committee (FAC) - which appraises proposals for forest land diversion for non-forest use and gives its recommendation to the MoEF - had looked into this project four times, and it had been unable to arrive at a decision due to the complexity of issues involved. The FAC's sub-committee which had visited the region in mid 2011 had found that the quality of forest and the tree cover was much higher than what was being claimed by the companies.

According to the MoEF note on Mahan, a range of factors go against the allocation of this area for coal mining including its richness of biodiversity. The note has the former environment minister saying that he is not clear why such a good quality forest area should be broken up for such a partial requirement. With this the ministry recommended that an alternative coal linkage be provided for the power plants rather than grant approval to the Mahan coal block. Following this, the decision is pending consideration of the Empowered GoM mentioned above.

At the last meeting of the GoM in the first week of March 2012, the environment ministry was asked to revisit the decision of Mahan - and also Chhatrasal, another coal block in the Singrauli coalfields which has linkage to the Reliance Sassan coal plant. Following this an MoEF committee visited the area on 14 March 2012 and their report is perhaps already doing the rounds of the decision making quarters.

Meanwhile. a group of villagers from Amelia, Suhera and Piderwah villages who also depend on the forests of Mahan have sent in a representation to the Ministry. This letter dated 15 March 2012, submitted to the local Divisional Forest Officer (DFO) has representatives of the villages contending that they have individual and community forest rights over the Mahan area which are yet to be recognized under the Scheduled Tribes and Other Traditional Forest Dwellers (Recognition of Forest Rights) Act (FRA), 2006.

According to MoEF's own July 2009 circular, no forest land can be diverted till the processes under the FRA are complete. However, the people are yet to a receive a response to their letter which was also forwarded by support groups to the environment ministry.

With the decision due any day now, there remain unresolved questions around whether the FAC will be asked to step in again or a decision will be taken only by the environment minister and the GoM? How will the letter of the villagers be responded to and will the 2009 circular be upheld? And if once again a coal block is allocated in exactly the same manner that the CAG raised questions about, what is the message such a decision would send - that the government is unconcerned about losses to the Treasury?

This is another example of a common problem in discussions about industrialisation today. In the quest to make India a developed country, the Government seems to be in a hurry to bypass the very norms that development should uphold. Can India become Mahaan this way?