Darryl D’Monte looks into why World Bank through its affiliates continues to fund coal power stations in India despite its claims to contrary.
01 November 2016 -

India figures as the lead story in a report this October by a little-known United States of America organisation, Inclusive Development International (IDI), titled Outsourcing Development: Lifting the Veil on the World Bank Group’s Lending Through Financial Intermediaries in October.

It questions how the World Bank, contrary to its affirmations to the contrary, has through its affiliate, the International Finance Corporation (IFC), funded coal power plants in India and other developing countries.

The study has been co-authored by three other organisations, including the Bank Information Centre, which scrutinises the World Bank’s operations for violations of environmental and other laws. 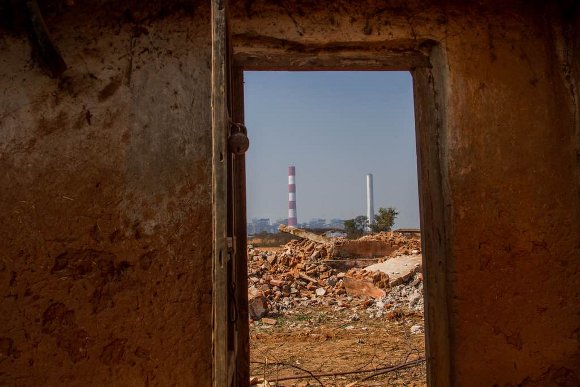 Sub-titled Disaster for us and the planet: how the IFC is quietly funding a coal boom, the report begins with the case study of an impoverished farmer, Lalshah, in Singrauli district of Madhya Pradesh.

The district is known as the Energy  Capital of India due to proliferation of thermal power plants and coal mines which blot the landscape. It accounts for a full tenth of the country’s thermal power capacity. Emissions and dust from the 1,200 MW Mahan power plant near Lalshah’s home have affected his health, his fields and crops.

The power plant is built by Essar Power, which resumed generating power in May this year after a 17-month hiatus due to people’s protests. Essar received “substantial financing” from two Indian financial institutions, ICICI and IDFC, to build the plant.

The IFC channelled money into the Mahan plant despite claims from the World Bank that it is no longer funding such projects. In 2013, the Bank made history when it pledged to get out of the coal industry for good, except “in rare circumstances.”

After decades of funding coal, the environmental consequences of continuing to do so – catastrophic global climate change, rapid deforestation, air and water pollution – were just too severe, states IDI.

This May, World Bank President Jim Kim was unequivocal in his remarks. Building more coal plants, in particular in Asia, where there has been a boom, would lead to catastrophe. “That would spell disaster for us and the planet,” he said.

According to the report, the World Bank continues to be a major funder of the coal industry, and the ramifications extend far beyond India’s Singrauli district.

It says,"..Billions of dollars in IFC funds have quietly flowed into new coal projects around the world through multi-layered financial transactions that exist beyond the scrutiny of the public. The IFC is funding coal through its highly opaque support for commercial banks and private equity funds. These financial intermediaries received $40 billion in IFC funding between 2011 and 2015. They now represent over half of the IFC’s lending portfolio, a proportion that has steadily increased over the past decade."

Thanks to the IFC, these financial institutions have gone on to fund many of the largest and dirtiest coal projects and companies in the world. The IFC does not publicly disclose the details of most of these transactions, but IDI was able to follow the trail of money during  months-long forensic investigations.

According to IDI, IFC supported financial institutions have funded at least 41 new coal projects – either the facilities directly or the companies that own them – since the World Bank announced its coal ban in 2013. The investigation tackled only a small portion of the IFC’s sprawling financial-sector portfolio. As such, there are doubtless many more projects yet to be uncovered.

In total, these projects account for 56,137 MW of new coal capacity. Adding fuel to the fire, these projects have also decimated some of the world’s forests. Coal plants, and the mines that feed them, are a leading cause of deforestation globally, further contributing to climate change. 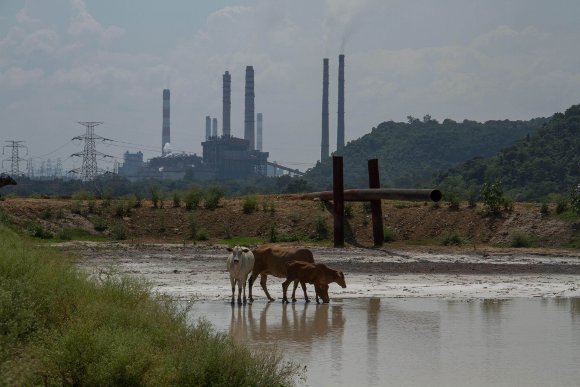 IFC’s support for the Mahan power plant is “a microcosm for how it funds coal around the world”. In 2005, the IFC loaned $50 million to IDFC in order to help meet its “growing needs for disbursements in infrastructure projects as well as to diversify its borrowing sources,” according to publicly disclosed project documents.

At the time, IDFC and ICICI were major players in India’s infrastructure and industrial sectors. The IFC loans, and the resulting prestige conveyed by a World Bank Group investment, put them in an even better position to fund the kinds of mega-projects they have been financing for years.

The IFC’s support for the project did not end there. Essar, in need of a source of coal to fuel the plant, entered into a joint venture with Hindalco, owned by the Aditya Birla group, to establish a mine nearby. The companies received approval from the government to establish the project, even though environmental groups warned that the mine would destroy one of the largest and oldest indigenous forests of sal trees.

In addition, Greenpeace found that the mine would displace or otherwise harm 50,000 people who lived in the forest or depended on it for their livelihoods like Lalshah, whose dilemma begins the report. “Without the forest, we would lose our major income source. It would be like living as a dead person,” he says.

Also in 2014, when Essar faced cost overruns on the project, it secured another massive loan from five banks, including ICICI and IDFC, for the plant. In total, these two IFC-supported banks provided approximately $1.9 billion in financing to build the Mahan coal plant.

Axis Bank, after receiving a $100 million investment in an infrastructure bond from the IFC in 2014, participated in a $1.5 billion syndicated loan to Hindalco. Yes Bank, another recipient of IFC funding, underwrote $570 million in Hindalco bonds.

The company was free to use the capital from these transactions any way it chose, with no strings attached, including to fund the Mahan mine project.

Mint reported on October 26 that Axis Bank recorded  a 71 per cent rise in quarter-on-quarter bad loans and there was “more pain in store”. Some Rs 7,288 crores of assets had turned bad in the three months ending September. The list of bad debts is “dominated by the power sector, which comprises 41 per cent”.

According to Greenpeace, company representatives began surveying and demarcating land for the mine without the consent of people living in or depending on the forest, a clear violation of India’s Forest Rights Act and the IFC Performance Standards.

Local residents quickly organized themselves into a resistance movement.  The situation came to a head in 2014, when activists formed a human chain around a survey team. “We were fighting for our constitutional rights. Our forest was not for sale,” Lalshah said. As a place of spiritual importance, losing it was unthinkable. “Our gods live in that forest,” he said. 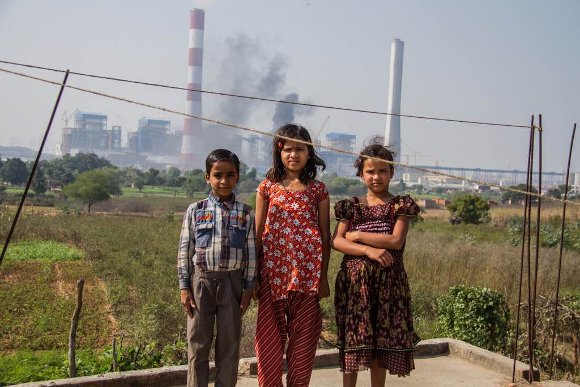 Local residents are suffering from the air and water pollution caused by the coal plants. Pic: Joe Athialy

Following the protest, Lalshah and other activists were arrested. He spent 28 days in jail. Despite these setbacks, the movement made an impact. Facing bad press in India and abroad, the government cancelled clearance for the mine – though not the power station - in 2015, only the second time in history that it had done so. It was a major victory for the activists.

The IDI report comes precisely the same month as a Greenpeace India study which reveals that India would be wasting Rs 3.23 lakh crores to build 62 gigawatt (GW) of idle coal power plants by the year 2022.

Overcapacity appears to be endemic and the banks are partly to blame for lending funds to projects which are environmentally and financially unviable.

By contrast, Chinese leaders have called a halt to construction work on 30 large coal-fired power plants with a combined capacity of 17 GW — greater than the UK’s entire coal-powered stations. This unprecedented move indicates just how serious the Chinese authorities are about bringing the country’s coal power bubble under control.

Another 30 large coal plant projects in China, for which transmission lines were already under construction, are being axed. Spending money to complete these unneeded coal plants would have been even more wasteful— it would likely have cost well over $20 billion.

On October 25, Business Standard  reported that the demand for power in India had reached a new low. Some 30 power generating companies which have been contracted to purchase 400 million tonnes of coal from Coal India are sourcing far less. Some were only buying 4 per cent of their commitment and were facing penalties.

The two adverse reports also come at a time when bidders for solar power projects are quoting Rs 4.30 per kilowatt hour (kWh), cheaper than electricity from coal!