Every piece of information/data furnished and/or collected at every stage of the process is expected to be wholesome, free from any twist or turn in order to truly aid the correct appraisal of the potential impacts of the project. (National Green Tribunal)

The power plant, for which 875 acres of land was already acquired, was at the final stage of being transferred to the Adani Power Corporation from the project proponent M/s Welspun Energy (U.P) Pvt. Ltd. The estimated cost of the project when received the environmental clearance in August, 2014 was shown as Rs. 7,500 Crores. 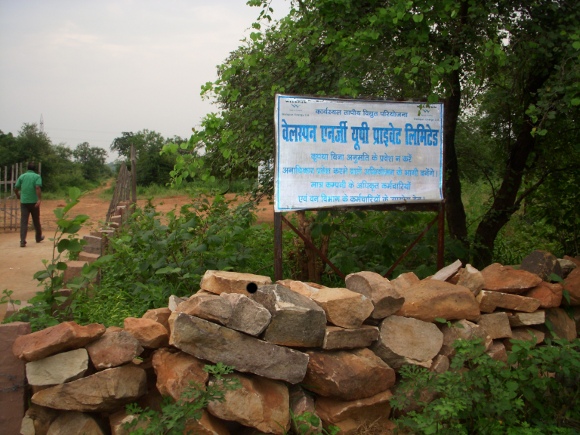 With projects involving such high stakes, it is imperative that critical checks and balances are in place to ensure sustainability of a project in long term. Environmental Impact Assessment (“EIA”) is one such exercise that scientifically analyses the costs and benefits associated with a project. This also forms the benchmark for safeguards that a project shall undertake to minimize or restore any damage arising out of it. The EIA notification of 2006 outlines a series of processes which must be followed in order to obtain environmental clearances, which is given by Ministry of Environment, Forests and Climate Change (MOEFCC) based on the recommendations of it’s Expert Appraisal Committee (EAC).

There were several facts which were suppressed and wrongly presented by the project proponent in this case. A plea was filed by environmentalists Debadityo Sinha, Shiv Kumar Upadhyay and Mukesh Kumar alleging that Welspun Energy had suppressed facts to obtain environmental clearance and the provisions of the 2006 EIA Notification had been violated. One of the major arguments raised by the petitioners was with respect to non-disclosure of involvement of forests in the project and the absence of assessment of impact on the wildlife by the project components like construction of railway, road, water pipeline and transmission lines.

While declaration of presence of forests in the project area is a mandatory requirement to be revealed in application form (Form-1) itself, the project proponent maintained that majority (~98%) of the land involved in the project is ‘barren land’ and that there was ‘no forest land involved’.

Except an area drainage report, all other EIA documents submitted by the company indicated that the project area is mostly barren. The muddled site visit report prepared by Regional Office of MOEFCC, Lucknow concluding that the concerned area is devoid of identified ‘forest-like area’ complicated the issue further. The Google Earth images shown by the petitioners were disputed by the respondents citing an earlier Supreme Court decision that had decided against the use of google imagery as a standalone evidence for identification of forest areas. Apparently, both the parties in the present case seemed to have their own set of evidences for land classification of the area concerned. 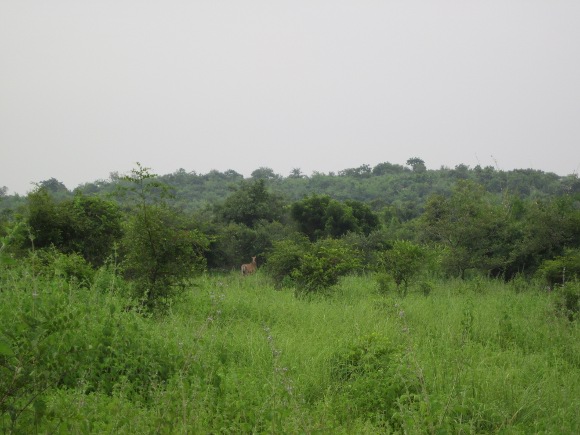 Deciduous forest and wildlife in and around the thermal power station site. Pic: Debadityo Sinha

However, the court concluded that the land is ‘not barren’ based on two major evidences – one, the revenue records of the site indicating it to be mostly ‘fallow land’; and second, the land-use map from Government of India owned remote sensing portal - Bhuvan depicting the project area as mostly deciduous forest with some agricultural activity. The project site was also found to be surrounded by several reserved forests in its vicinity with official records of several Schedule I animals like Sloth Bear, Leopard, Bengal Monitor, Blackbuck, Chinkara, Mugger Crocodile etc.

Finding flaws in the manner the MoEFCC had appraised the project, the Tribunal reasoned:

Pertinently, we do not find any collection of ground data in relation to forest density in the area inspected by site inspection team. This leaves us in wilderness of assumptions and presumptions with no categorical answer as to the nature of the area based on ground data collections.

From the facts noticed herein above, it is evident that the project is surrounded by forest and involves ‘Parti Bhumi’ (fallow land) thereby signifying least anthropogenic activity at or around the project site and, thus the issue of wildlife in the area deserves serious consideration.

Facts revealed before us do not show that any member of the EAC or Expert member of WII conducted any site visit of the project to assess the gravity of exception taken to the project upon the issues raised in relation to the forest and wildlife. Appraisal of the project in this regard, therefore, becomes questionable.

Another major violation was found in relation to the manner in which public consultation was conducted. The video recording of the public hearing indicated the presence of armed-men and supported the claim of the petitioners that the local villagers were prevented from raising issues against the company during the hearing. In an ideal scenario, such public hearing could never have been termed as a legal one. But the same public hearing was not only personally supervised by Additional-District Magistrate-Mirzapur and Regional Officer of U.P. State Pollution Control Board as required by law, but was also successfully appraised and given a clean chit by the EAC and MOEFCC respectively. Click here to see the video recording of the public hearing.

Public consultation is perhaps the only legally binding step in the EIA process where concerns of public must be duly addressed by the project proponent. This cannot be ensured under threat or coercion. On this point, the Tribunal observed that:

‘...it was necessary for policemen on duty to have dis-armed them before they entered the venue of the public hearing. Arms like guns are bound to strike fear in the hearts of men around and dominate their free will. It is, therefore, difficult to call this public hearing as a free and fairly conducted public hearing.’

There was also an ongoing opposition from Banaras Hindu University (BHU) regarding siting of this project near its Mirzapur campus. The project proponent made a submission before the MOEFCC in March, 2014 stating that all of the issues have been resolved with BHU in a meeting. The said meetings were also disputed in written by students and few faculty members of the University claiming it to be not authorized by BHU.

However, despite these representations and letters, the project proponent’s declaration was accepted absolutely, without any single query by the Ministry. On this issue, the Tribunal observed that:

‘Significantly, the minutes of meeting do not disclose what exactly the discussions were in the meeting for thrashing out technical issues involved in the major topics purportedly discussed. The EAC also did a lip service to the process of appraisal by merely recording its nod to the presentation made by the project proponent…’

The court has pointed out the inefficiency in decision making, poor monitoring by bureaucrats and to large extent the failure of the Ministry in meeting its own objectives of ensuring ‘sustainable’ development of the nation. This judgment written by the bench of Justice U.D. Salvi and Expert Member Ranjan Chatterjee highlights not only the importance of each steps of the EIA process, but also the necessity of providing true and complete information.

The biggest responsibility is now on MOEFCC which must strive to uplift the existing framework to improve the quality of the environmental clearance process. To the contrary, the Ministry of Environment had even sought for review of the judgment, which the court dismissed very recently. This is perhaps a very unfortunate step from the authority which is entrusted with protection of the environment but has chosen to give uncanny support to a coal power company.

A copy of the full judgment can be downloaded from here.

Debadityo Sinha is an Environmentalist and founder of Vindhya Bachao Abhiyan. He is presently working as Senior Resident Fellow at Vidhi Centre for Legal Policy, New Delhi. He is also a petitioner in the case discussed here in his independent capacity.