India is well on its way to a low-carbon economic future, but its global image suffers because we lack the public discourse to bolster our argument, unlike China and the Western countries, writes Darryl D'Monte.
25 October 2009 -

The mean temperature at global climate negotiations is rising sharply, mirroring the thermometer in many parts of the mostly developing world. The UN Framework Convention Climate Change (UNFCC) has, in a carefully timed release for the forthcoming negotiations over the extension of the Kyoto Protocol in Copenhagen this December, shown how industrial countries have in fact been increasing their emissions.

It says: "Data submitted to the UNFCCC show that greenhouse gas emissions of the 40 industrialised countries that have reporting obligations under the Convention rose by one per cent from 2006 to 2007." Yvo de Boer, Executive Secretary of the UNFCCC, says, "The continuing growth of emissions from industrialised countries remains worrying, despite the expectation of a momentary dip brought about by the global recession. ... The numbers for 2007 underscore ... the urgent need to seal a comprehensive, fair and effective climate change deal in Copenhagen in December."

One of the most unfortunate developments in the build-up to Copenhagen is Western countries' antipathy to India's so-called obduracy in not being pro-active on this issue. Witness a recent article in the Economist, reflecting conservative elite opinion in Europe: "India says that it will accept only a limit on emissions per person that matches rich countries. That is so easily satisfied that it is no condition at all." All very well for the smug condescension of this weekly, but they need to be reminded that the average Indian emits only 1.3 tonnes of carbon dioxide per year, while the world average is 4.4 and the average American is responsible of 20 tonnes per year. What cuts have rich industrial countries accepted in the first place?

Environment Minister Jairam Ramesh's letter to the PM, which the media exposed this week, clearly indicates that India should pull out of the Kyoto Protocol, which the US hasn't ratified, although it has signed the UN Framework Convention on Climate Change along with 190 other countries. The first phase of the protocol, a convention instrument, ends in 2012. He also proposes that India should undertake voluntary cuts without first demanding funding and technology for such actions, as the protocol specifies. The protocol imposes emission cuts only for industrial countries and penalties for violations.

All these shifts are in direct contradiction to India's oft-repeated policy of insisting that, as the UN agreements specify, there ought to be 'common but differentiated responsibility' for taking action on mitigating climate change. Indeed, at least during the Earth Summit in Rio de Janeiro in 1992 and till recently, India articulated this position on behalf of G77 countries. 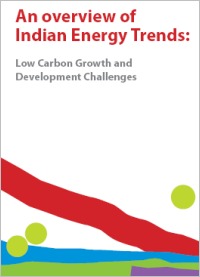 One reason for the poor international image of India as a deal-breaker is the absence in the public discourse of analysis to bolster India's argument, unlike China which has gone to town with its pledges to cut the carbon-intensity of its economy (though not by how much). A welcome departure in this regard is an "Overview of India's Energy Trends: Low carbon Growth and Development Challenges" bought out by the research and analysis group Prayas in Pune in September, with Indian collaborators in Stanford University and IIT Madras.

At the outset, it sets the problem in context: "India's contribution to climate change presents a daunting challenge for development. India is the fourth largest emitter of global greenhouse gas (GHG) emissions after China, the United States and Russia, contributing about five per cent of total emissions in 2007. But it is also home to a third of the world's poor ... Even by 2020, with almost a fifth of the world's population, its share is expected to rise to only 7 per cent, according to the International Energy Agency's Reference Scenario. The Indian government has been uncompromising in its aversion to allowing climate considerations to slow its economic growth. Yet, within the country, growth has largely benefited the middle and upper classes, with hundreds of millions remaining in poverty."

Among its main findings:

It is revealing, to see why India is already pursuing a low-carbon path in comparison to both the US and China:

In the three sectors Prayas reviewed - industry, transport, and housing - industrial energy intensity is a declining. Energy use in housing and transport were found to have relatively low intensity in comparison to the US, EU and China. This is driven by a number of factors, including structural shifts in the economy towards less energy-intensive activities, and efficiency improvements in energy-intensive industries. Because of the rapid growth of services at a rate well above industry growth and overall GDP, its contribution to the economy has grown from 44 per cent in 1990 to 52 per cent in 2005. 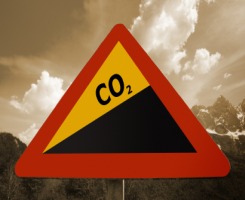 "If growth in services continues to outpace that of industry," notes Prayas, "energy intensity will continue to decline. Relatively high industrial energy and electricity prices have also disciplined energy growth, resulting in a steady reduction in the energy intensity of industries."

It cites how households in India have one-third the energy intensity of American households with the same expenditure - adjusted for purchasing power parity (PPP). The high density of urban spaces forces people to live in small homes, which take less energy to build and to cool. Twenty nine percent of India's urban population lives in homes of less than 540 square feet. Despite growing meat consumption, India's aggregate meat consumption is a mere fraction of that of the US and China. The carbon impacts of the meat industry are known to be significant; the Food and Agricultural Organization (FAO) estimates that direct and indirect emissions (including land use change) from the livestock sector contribute 18 percent of global emissions.

How do all these indices dovetail with India's development dilemmas? Of the 1.2 billion of the world's poor in 2005, over a third live in India, who comprise 40 per cent of the country's population. "Raising the living standards of almost half a billion people to decent levels, let alone to those enjoyed by middle income families, remains a daunting challenge," observes Prayas. Almost half of rural India lives in houses made from biomass, mud or unburned bricks, with little or no sanitation and poor access to drinking water. Over 70 per cent of India's population relies on traditional fuels (such as biomass) to cook.

"Over 40 per cent of India's population lacks electricity access and use kerosene for lighting. Only one-sixth of those using electricity consume over 100 kWh per month, compared to the average US household consumption of over 900 units per month. The per capita consumption of electricity of India at 481 kWh is less than a fifth of the world average of 2596 kWh. Widening access and meeting other development goals will, therefore, entail a substantial increase in generation capacity, even with improvements in utilization efficiency.

"India's emissions mirror its average income level. Despite being the second most populous country in the world, India has less than a quarter of carbon dioxide and total greenhouse gas emissions of the leading emitters of the world, China and the United States, in both annual and per capita termsâ¦ The electric capacity required to provide India's 450 million poor with the basic electricity services share of this minimum is less than 8 per cent of the US electric supply."

Given the common perception that India has a low-cost economy, it may come as somewhat of a surprise to learn that retail prices of petrol (gasoline) in PPP terms have been about more than four times those of the US and almost double of those in China. Diesel prices in PPP terms were about three times those of the US and almost double those of China in 2006. Diesel prices have been on the rise since the government phased out the Administered Price Mechanism (APM), which subsidized diesel, and replaced it with the Market Determined Price Mechanism. Even in market exchange terms, the Super Gasoline prices in India in 2006 were about 1.5 times higher than the US and China prices.

It is high time that instead of going on the back foot, as so many of our politicians, experts and negotiators are doing in the climate negotiations, or simply foot-in-mouth, as Jairam Ramesh is guilty of, we should simply make these facts better known, so that we have every reason to be proud that India is already well on the way to a low-carbon path.