If public health systems are failing on account of certain causes, the solution should lie in fixing them. However, it appears instead that the state seems to be looking for an escape route from the problems of its own inefficiencies, says C V Madhukar.
21 August 2008 -

When I first heard of the recently launched Rashtriya Swasthya Bima Yojana (RSBY) - a health insurance scheme to provide cover to Below Poverty Line (BPL) families - my first reaction was to feel happy that there is such a scheme. RSBY is an idea that has its origins in the Ministry of Labour, and is designed as yet another way to provide social security to people below the poverty line. Under the scheme, BPL families (up to a total of 5 members per family), will get insurance cover of up to Rs.30,000 per person per year.

It is well recorded that in India, those people who are economically below the poverty line or are at the margins need just one prolonged illness or hospitalisation to be pushed to the verge of bankruptcy. But a little more thinking about RSBY and our health sector, made me ask some questions: Why do we need an insurance scheme for BPL families?

Is it because we do not have adequate government medical facilities or trained doctors that people can access? Or is it because many government-run health care centres simply do not run the way they are supposed to? Or, could it be that, people have so little faith in our public health facilities that they simply do not go there even though they might become bankrupt paying for private health care? Or is it because there is an explicit policy statement in which we have said that we must encourage private provision of health care, because we have come to the conclusion that government facilities are beyond redemption?

Our opinions on the role of RSBY will vary, depending on the answers and explanations to these and other similar questions. In any event, the scheme is symptomatic of a larger problem. The health ministry has failed to deliver essential health care services to the population through the government health care system, and to overcome this failure, a different ministry wants to provide insurance to a section of the population so that they can access private health care.

How fruitful will the Ministry of Labour's labours on this front be? That remains to be seen. But one thing is clear - for the first time, the government has signalled to a large percentage of the population (over 20 percent) that they should access health care offered by private providers and that the government would be willing to work with insurance companies to finance this arrangement. Already, around 85 million people are covered under schemes such as Employees State Insurance Corporation, Central Government Health Scheme, etc. That number is a relatively small fraction of the total population. With RSBY, the push towards privately provided care will receive a much bigger boost.

There are parallels to this in other sectors, notably education. RSBY is like saying that all children of BPL families will get an education voucher that will pay school fees (up to a certain limit) for children who wish to go to private schools. Education vouchers allow children to choose the private school they wish to go to depending on their perception of quality of the school, and any other relevant factors. The government gives a voucher to the child which she can present in the private school as her fees. The school then exchanges that voucher with the government for cash.

People vote with their feet. The hollowing out of government schools in urban areas, and increasingly in semi-urban areas and rural areas is a good example of this. If people believe that private schools provide better education, then they will be willing to pay for them and attend them. In many urban areas, children who go to government schools often have little choice, for they belong to the poorest of families, and in several instances, their parents have had very little education.

It is interesting to note that while we, as a nation, seem to be less than receptive to education vouchers as a policy intervention but in stark contrast are embracing health insurance as an option. Arguing that education and health care are two different kinds of public services would be missing the forest for the trees. The broad questions in this comparison are still relevant.

Interestingly enough, the 2004 General Election manifestos of the Congress and the BJP both explicitly state that they will start an insurance-based health security scheme if elected. The Common Minimum Programme makes a similar statement. It would seem logical that before making an important choice like this one, it would be necessary to evaluate various existing and possible new approaches to addressing the problem from the point of view of effectiveness and costs, and then make an informed policy choice.

Our health care sector is at a stage of evolution where we can still make better choices - how much private provision would we like vis-a-vis government provision of health care services? In simpler words, what percentage of people would we like to depend on government hospitals as compared to private hospitals for treatment? This is a question we ought to ask now, given the relatively small scale of organised private health care. If the government actively promotes private provision of health care now (through programmes such as RSBY), then in two or three decades from now, it would be too late to ask how much private healthcare should our country have. 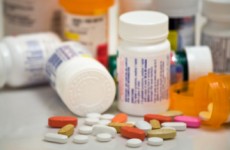 The international experience in such cases can provide useful comparisons. With the exception of the United States, in most other developed countries, the vast majority of health spending comes from public sources. It is noteworthy, therefore, that in the United States, health care expenditure (both public and private) as a percentage of GDP stands at over 14 per cent, compared to about 8 per cent in the United Kingdom and about 10 per cent for France.

This is by no means an ideological stance, supporting government efforts and criticising the private sector. Rather, it is about short-term benefits and losses, and the likely long term impact. This debate is about asking these important pragmatic questions early enough, so that the choices and their implications are fully understood.

In the short term, the BPL families who benefit from RSBY will greatly appreciate the programme, despite the scheme's imperfections and shortcomings. It does in fact make better health care more accessible for those who might otherwise have had to spend significant amounts of money despite being unable to afford it. In the short term, given that our demographics are slanted towards a younger population, the insurance premiums that the government will need to pay will also be relatively low. As our population ages, the cost of such payments to insurance companies will naturally increase.

Under these circumstances of massive structural changes sweeping the sector, it would be pertinent to examine the kind of debates taking place. There are two kinds of conversations that dominate the discourse. One set of people are deeply concerned about the implementation of various government health schemes such as the Janani Suraksha Yojana (that attempts to promote institutional deliveries), or such other important programmatic interventions that will have a direct bearing on health outcomes. There is another set of people who are talking about health financing, and what options exist to make the necessary finance available to the health sector - be it government funding, raising private resources, insurance mechanisms, etc.

The National Health Policy 2002, talks about a number of things, but falls short of articulating a national vision for the structure of our health care system 10 years from now.

The Report of the National Commission on Macroeconomics and Health submitted in 2005 has some very high quality papers. This Commission chaired jointly by the Health Minister and the Finance Minister identifies some important issues facing the health care sector. In a candid assessment of the health care sector in India, the report says: "The principal challenge for India is the building of a sustainable health system. Selective and fragmented strategies and lack of resources have made the health care system unaccountable, disconnected to public health goals, inadequately equipped to address people's growing expectations". The reasons for failure can be attributed to three broad factors: poor governance and the dysfunctional role of the State; lack of a strategic vision; and weak management."

It would seem that if the health sector is failing on account of these three causes, the solution should lie in fixing them. However, it appears instead that the state seems to be looking for an escape route from the problems of its own inefficiencies by conceding a bigger role for the private sector.

In discussing the role of the private sector in health care delivery, the report goes on to say: "... the trade-offs in terms of welfare implications however cannot be ignored. It will raise the overall cost of health care in the country and generate pressures for increased budgetary allocations for government hospitals to stay competitive."

And then the same report while discussing the 'way forward' goes on to recommend that in order to improve the quality of health care, the country should "Gradually shift the role of the State from being a provider to a purchaser of care."

This stance raises some elementary questions: what is the likely impact on equity, cost and quality of services as a result of this shift in the medium to long run? What are the projections of the costs 10-20 years down the line? How sensitive are these numbers to any changes in demographics, or a mid-course change in policy? These questions have not been discussed in depth in policy circles, let alone in public debates across the country.

If there is one question that we need to ask now, it is this: have we as a nation reflected on the policy choices that we are faced with now? If we are unable to answer this question with enough conviction, we may end up losing another generation to poor quality health care for the majority of the people in the country. Is that something that we can afford?

C V Madhukar is based in Delhi and researches public policy issues.