Eleven years after journalist Rina Mukherjee was fired following her allegations of sexual harassment against a senior, the West Bengal Industrial Tribunal passes an order against The Statesman, offering hope of redress for other victims. Navya P K reports.
05 April 2013 -

Sexual harassment is pervasive across workplaces, but there have been very few court cases, and even fewer judgements favouring complainants in such cases. Last month, in a ruling that is probably the first of its kind, a journalist got an order against a media organisation for firing her when she had complained of sexual harassment.

Dr Rina Mukherjee got the order against The Statesman Ltd, from the West Bengal Industrial Tribunal on 6 February 2013. The Tribunal ordered that the company should reinstate Rina, and pay her full wages with retrospective effect from the time she was fired in October 2002.

While this order did not address the harassment angle itself, it was a clear ruling on the way the company acted.  The Statesman Ltd - a Calcutta-headquartered company that publishes the English daily The Statesman - like most other media organisations did not have a sexual harassment complaints committee when Rina complained in 2002. Her complaint was not investigated either. This was a blatant violation of the Supreme Court’s Vishaka guidelines of 1997 that called for compulsory Complaints Committees to probe accusations of sexual harassment in all government and private companies.

Lawyers say that Rina’s case could set a precedent for sexual harassment cases in workplaces. Moreover, the order has come at a time when parliament has passed the Sexual Harassment of Women at Workplace (Prevention, Prohibition and Redressal) Act, which also mandates complaints committees and prevention of harassment.

The verdict trashed the argument that Rina had filed the complaint as an afterthought. It specified that instead of making an issue out of the delay, the management should have at least sought an explanation from the accused.

•  Starting the battle
•  No space for women

For Rina, the order came after a long wait of around 11 years. In June 2002, Rina joined The Statesman as a senior reporter under probation. She had 15 years’ experience in journalism at the time. She alleges that her boss and news co-ordinator Ishan Joshi started sexually harassing her from the start. When she ignored his advances, Joshi retaliated by giving negative appraisals and refusing to publish her stories.

Rina also says that she complained about the harassment to the senior management, especially  Managing Director Ravindra Kumar. Soon, within five months of her joining, in October 2002, the company fired Rina, saying that she was incompetent. Rina maintains that she was fired only because she had complained against Ishan Joshi.

Three months after the termination, she sent a written complaint to the company about Joshi’s harassment, with the help of an NGO. But the management ignored the complaint; Ishan Joshi was, in fact, promoted over the years.

Rina then got support from NWMI (Network of Women in Media, India) - a collective of women media persons. Though the Bengal chapter of the NWMI wrote to the management asking for investigation of Rina’s complaint and setting up of a complaints committee, the company ignored this again. It said that the NWMI had no authority to ask them to constitute any such committee. 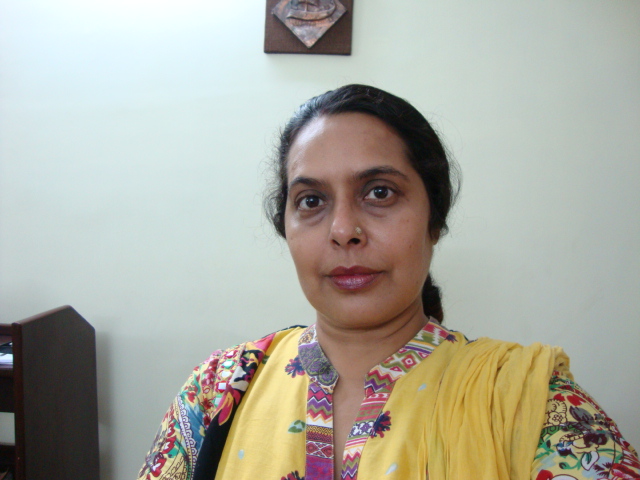 The Statesman has consistently said that Rina’s complaints were baseless, and that she was fired only because of her incompetence. They termed her complaint an ‘afterthought’, as she had filed it three months after her termination.

Rina had filed complaints with the police and the Bengal Women’s Commission post termination, but nothing had come out of these. Based on her complaints, the state Labour Department set up a series of conciliation meetings between her and the company. But the issue was not resolved in the meetings, and so the department referred the case to the Industrial Tribunal.

Throughout this time, Rina got both support and scorn from different quarters, including from other journalists at The Statesman. Rina says that she also had difficulty finding lawyers, especially since the case was against a media house. “Senior lawyers were unwilling to try their hand in a case that was difficult and without precedence.” Finally, the lawyers’ collective  Human Rights Law Network (HRLN) took up her case.

The issue before the Tribunal was whether The Statesman was justified in firing Rina, and if she should get any compensation.  The management claimed that Rina had been fired because of incompetence, but they had not given any written notice to her about her performance.

In the Tribunal, they did produce a letter sent to Rina by their Chief Reporter then, on her performance. But the Tribunal said that this letter did not raise any major issues related to her performance - it only mentioned some weaknesses that she had to correct, and was primarily motivational. Rina was terminated some 15 days after she got the letter. The Tribunal also expressed surprise that she was fired in such a hurry. Though she was under probation, she was not guided to improve her performance; instead the letter was used as an opportunity to fire her, it said.

The verdict trashed The Statesman’s argument that Rina had filed the complaint as an afterthought. It specified that delay in reporting does not matter in civil cases; instead of making an issue out of the delay, the management should have at least sought an explanation from the accused. Also, according to earlier judgements, those under probation can be terminated only for reasons such as misconduct, which was not the case here.

Another aspect that went against The Statesman was that it sent a letter to the police station investigating Rina’s sexual harassment complaint. The letter was signed by all journalists in the company. On this, the Tribunal said that a newspaper should not try to influence an investigation by gagging its staff.

Based on these, the order said that Rina was apparently punished only for complaining against her higher-ups, and so she should be compensated with full back wages and reinstated in the company.

Naina Kapur, lawyer and equality consultant, says that this is a landmark order in that it can be cited in similar petitions in future. Naina is a member of sexual harassment complaints committees in  government and private segments. “Women can show this order in their companies and compel them to set up complaints committees as well. If the company doesn’t do this, employees can even take them to court. Vishaka guidelines are legally binding as they come from a Supreme Court order.” Now that the Sexual Harassment at Workplace Act is passed, companies are expected to set up these committees anyway.

The verdict may also help the case of Akhila S, a news anchor/producer in Sun TV, whose ordeal appears to be very similar to that of Rina. Akhila has accused Sun TV’s Chief Editor V Raja of sexually harassing her. There was no complaints committee in Sun TV as well, and Akhila filed a police complaint. Raja was arrested, and is out on bail now. On the other hand, Sun TV suspended Akhila from work and has constituted an enquiry against her, saying that 15 other women employees have complained against Akhila.

NWMI member Rajashri Dasgupta, who has been associated with both Rina’s and Akhila’s cases, believes that Akhila has a strong case. Drawing parallels between the two cases, she says that while Rina was fired during probation, Akhila was a confirmed employee; both Statesman and Sun TV had not constituted complaints committees. “The timing of Rina’s termination notice reeks of prejudice. Rina while working for The Statesman had published a number of stories, some major ones. Typically, the timing of Akhila’s suspension order, coming so closely after her complaint of sexual harassment against Raja, is suspicious and again reeks of bias,” she says.

For Rina, the fight is far from over as two cases against her are still pending. These were defamation cases - one civil and one criminal - filed by The Statesman and Ishan Joshi against her, for writing against them. One case is going on in Delhi and another in Kolkata. The Tribunal order may have an impact on these cases, but they may still take time to conclude. For Rina, this has meant shuttling between two cities, leaving her little time for work. She says that she was forced to take up and leave several jobs.

India has seen several cases similar to that of Rina’s. A report in The Hindu on 8 March describes the case of a senior employee in the accounting firm KPMG who was fired when she complained of sexual harassment in 2006. This company, too, did not have a complaints committee and no action was taken against the accused. She is still fighting a court case on the harassment.

Another Hindu report on 7 March refers ro the victimisation of female employees at AIR (All India Radio), which does not have a complaints committee either. After women presenters in AIR, Delhi, complained of persistent harassment, the Information and Broadcasting ministry set up a committee, even though complainants feel that the scope of this committee is limited.

According to Rina, victims often don’t complain because of the social scrutiny that follows. She says that even if laws are passed, education of women about their rights and media advocacy are critical. “Vishaka guidelines assumed fair play. It aimed at making organisations a little more conscious of sexual harassment, and to have such cases solved without the interference of courts. This has not happened in my case.”

Naina says that complaints committees are only for intervention, and that companies should ensure a good working environment which is every employee’s constitutional right. “Even the new Act is lacking in many respects. For example, complaints committees can be effective only if they have trained, skilled people. But the Act does not mention anything on this. The Government does not want to invest in skilling people,” she points out.

Navya P K is a senior staff journalist at Oorvani Media, publisher of India Together and Citizen Matters.

CHANGEMAKERS : A fuller picture of ourselves
MORE ARTICLES
on similar topics ...
GENDER VIOLENCE