Indian policymakers must take heed and ensure that the DNA profiling system in India has well-guarded limits so that it protects human rights, writes Sujatha Byravan.
06 September 2009 -

The DNA Profiling Bill of 2007, which is pending in Parliament, is expected to be considered and become a law sometime in the near future, perhaps even in this legislative session. If this were to happen, all convicted criminals across the country will have to undergo mandatory DNA tests.

DNA testing is an extraordinarily useful tool that can and ought to be used for solving crime. Readers may have heard of rapists being caught because of a match between a suspect's DNA and that in the sperm left behind in a victim. Or, as is often the case, an innocent person may be released because her DNA does not match that found in a crime scene. In fact, as a result of the significant number of innocent people found on death row, a non-profit legal clinic called The Innocence Project in the United States is dedicated to exonerating wrongfully convicted people through DNA testing.

Yet, it is critical that we use this technology appropriately, after reflecting on the experience we have gained from its application in other countries including in the UK, across Europe, and in the USA. In most of these places, as in India, a DNA database was set up at first with the intention of only including DNA from convicted criminals. But over time, what critics refer to as "function creep" overcame the system. This is an expansion and wider application of the technology without clear thinking on the potential social, ethical and other implications and hence without any safeguards to protect against possible adverse effects.

Recent scientific results indicate that DNA evidence can be planted in a crime scene. According to the lead author of the paper that appeared in the online journal Forensic Science International: Genetics, any undergraduate biology student should technically be able to carry out what is necessary to implant false DNA evidence. Although every criminal will not take to planting DNA evidence, it highlights some of the problems if one were to rely too much on DNA databases in the criminal justice system.

With improvements in computer technologies, it has become increasingly easy to store, search and analyse large amounts of data, and this in itself has promoted an increase in the amount of DNA information that is gathered. Some people think that DNA is like a fingerprint, but they are not similar.

A fingerprint is the impression of a finger and nothing else, but DNA contains information that raises much broader privacy and other civil liberties concerns. It can tell investigators about ourselves, our family members, diseases we may have inherited, our physical attributes, mutations and broad ancestry. Genetic information can be used in all sorts of discriminatory ways. Important changes therefore need to be made to limit the development of DNA databases, safeguard privacy and rights without compromising the use of DNA in fighting crime.

Eroding the presumption of innocence

In the US, the Federal Bureau of Investigation (FBI) has a DNA database referred to as CODIS - Combined DNA Index System, which allows local, state and federal officials to enter, store, search and share DNA profiles electronically. In the current post 9/11 climate of fear, conditions for the gathering of DNA from a person have been progressively relaxed. 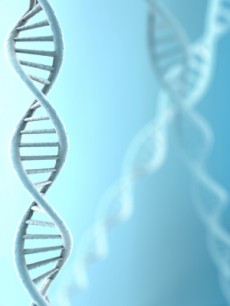 Some people think that DNA is like a fingerprint, but they are not similar. A fingerprint is the impression of a finger and nothing else, but DNA contains information that raises much broader privacy and other civil liberties concerns.

In early 2006, George W Bush signed into law the DNA Fingerprint Act, which allows the collection and retention of DNA from individuals who are merely arrested, that is, under suspicion even prior to trial or conviction, or from non-US persons who are detained under federal authorities. This Act also allows states in the US to upload DNA profiles to CODIS; it therefore has the effect of encouraging even states that do not now collect DNA from those who are arrested, but are innocent, to move in that direction. Consequently, it undermines the very principle of presumption of innocence.

Thus, over the last fifteen years or so, many innocent people's DNA is now part of CODIS. Similar changes have taken place in the UK's Police National DNA Database. The DNA from many juveniles is currently part of the system. On occasion people volunteer their samples with the intention of assisting the police. Innocent persons arrested on suspicion but not charged or found guilty are also included. The police sometimes gather DNA from an entire community through a DNA dragnet and at other times tens of thousands of innocent people give up their DNA "voluntarily". All these situations provide opportunities for the police to collect DNA from innocent people and store the information in their database.

DNA information remains in the system and is not deleted once an investigation is completed and a person is found to be innocent. Thus, a presumption of guilt remains. Every time a search is run, it includes the DNA of the many innocents. As has been found in the UK including many innocent people in the database does not improve the chance of solving crimes. Instead there are now more false matches and errors in addition to the clogging of laboratories that have been set up for DNA testing. Such a backlog could be eased if only the focus was on the guilty rather than the innocent.

Various civil rights and liberties are trampled upon by the system for DNA use in criminal justice. Samples of the bodily fluid or tissue are typically retained, which means that the government, the police, private companies, foreign governments and any other party interested in having this sample can obtain access to it. In fact, this has happened as a matter of course in most places. There is often no clear language in the legislation that prevents access to this DNA for other purposes, including for research.

Such research on DNA from so-called 'criminals' continues to build on the flawed science that seeks to find specific genetic links to criminal behaviour. While the results of such criminal DNA research have been proved repeatedly to be false, the fascination with this subject has not waned.

Whose DNA is included in the databases? It is largely that of African Americans and other minorities in the US. The criminal justice system is deeply biased against black Americans, and thus a disproportionately large number of them have their DNA in CODIS. In the UK, according to GeneWatch UK, about 30 per cent of the black population have their DNA profile in the database. The proportion is much higher for young black men. It is believed that three-quarters of the young black male population would soon be in the DNA database. Thus the biases and prejudices of those who gather the DNA are expressed in the system.

In India one might similarly expect that the DNA profiles gathered would largely include those of the poor, religious and ethnic minorities, the homeless and people who look like they are migrants.

What limits should we place?

The Council for Responsible Genetics in Cambridge, Massachusetts recommends a number of limits to DNA collection and use within the criminal justice system. (Full disclosure: The author is a former President of this council, and continues to serve as a Board member). Informed consent should be required before taking or testing the DNA of a person who has not been convicted of a crime. Surreptitious taking, testing or storing of DNA from suspects or their relatives is a violation of a person's privacy and should be prohibited.

DNA databanks should be limited to DNA profiles from persons who are convicted of serious crimes. Innocent suspects and non-suspects should not have their DNA included in a forensic DNA databank. The biological samples of those who have comitted offences should be destroyed so that the encoded genetic information cannot be mined for purposes beyond identification, such as gene-behaviour linkages, ethnic information etc. Crime scene samples should be analyzed only for purposes of identification. Law enforcement should generally be barred from looking for rare alleles that are associated with genetic diseases or other traits that are not central to identification.

In a landmark ruling in December 2008, the European Court of Human Rights agreed that there need to be limits with DNA use and ruled that law enforcement agencies cannot keep DNA samples from people who have never been convicted of a crime and that keeping the samples is in violation of people's right to privacy. Indian policymakers must take heed and ensure that the system in India has well-guarded limits so that it protects human rights.