Warding off the water woes

The new Bureau of Water Efficiency should push for Central laws that can be adopted without dilution by the states, and work with specific industry segments to address their water deficits, writes Chandrashekar Hariharan.
02 January 2011 -

It was in the offing. With shortages mounting across the board for water as they are for energy, it was only inevitable that the Central government would be stirred into starting a Bureau of Water Efficiency (BWE), much like the Bureau of Energy Efficiency (BEE) that was launched some years ago.

Early reports suggest that the draft norms for various sectors consuming water will be created by the BWE soon. The alarm bells have been ringing for some years now. Water availability per capita in India has fallen from about 5 million liters in the 1950s to 1.3 million liters in 2010 - that's a staggering 75 per cent drop in 50 years. Nearly 60 per cent of India's aquifers having slumped to critical levels in just the last 15 years. At the rate at which borewells are being plunged in every city with no law to ban such extraction, groundwater tables have depleted alarmingly.

The BEE's efforts in the last seven years have only been cosmetic. The bureau has looked at efficiency rating systems for white goods in the domestic sector, and has not paid attention to the massive consumption of energy in metals manufacture, paper, and textiles. These sectors are very intense in both energy and water consumption. But very little attention has paid to the water and energy used per tonne of steel or cement or aluminium that we buy, and without significant changes in these areas, the overall situation is unlikely to change.

Use of water is inextricably interlinked with energy. The one doesn't exist without the other. The BWE should steer clear of the early mistakes of BEE of focusing on the 'softer targets' in the domestic sector. Nearly 80 per cent of fresh water is used by agriculture, with industry coming a close second. The domestic sector's consumption of fresh water is in single digits. So the BWE's priority should be to look at measures that will get farmers and industrialists to follow good practices in water use.

Water has to be seen as part of the national heritage. Water resources have to be made by law to be an indivisible national asset. The protection and withdrawal of this resource, as well as its sustainable development are of general importance and therefore in the public interest. This will mean that individuals and organisations may own land but not the water or other resources that lie below the first 20 meters of the surface of those lands. Drilling of borwells into such 'national assets' will have to be banned, or at the very least they must be regulated.

What should the BWE do?

The launching of BWE will be accompanied by the usual, ceremonial round of meetings. More committees and research organisations will be commissioned to start talking to various stakeholders in industry, state governments, various departments, and NGOs. More sinecures will be created to add to the complex labyrinth of service officers. It will be a long-drawn process and the inevitable question on whether public and private action at homes, offices, and industries should be driven by voluntary compliance or by law will be debated for some more months. If we go by the example of the BEE, this debate will go on over years. 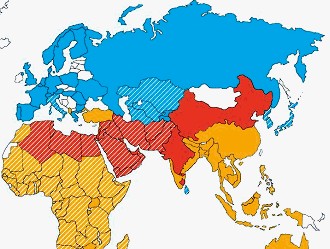 What would be more sensible for the new water bureau to do would be to look at some of the low-hanging fruits that can be plucked, and pretty quickly, with laws that can emanate from the Centre, without the risk of either dilution or inaction from state administrations. The other tactical approach that the BWE can adopt, if empowered, is to devise a policy that addresses the serious water challenge in industry segments across a swathe of companies: this will be easier than taking on the more disparate domestic sector which hurts the water crisis less than industry.

Implementing a law is more feasible when the concentration is dense, identifiable. Industry offers this advantage more than the domestic or the commercial sector of hotels and offices. The Ennore industrial area outside Chennai has tariffs of up to Rs.18 per unit of energy consumed in peak load hours, and consumers don't mind paying. There's a cue to be taken from such local, autonomous practices of water boards that should drive BWE's policy directions.

As for agriculture, though the country's water requirement is as high as 80 per cent, the growing of water within the loop in agriculture derisks the challenge of any perceived deficit. Rice, wheat, sugarcane are crops that need water-logging, which ensures groundwater restoration. Surface water evaporation doesn't amount to any more than 7-8 per cent and only strengthens precipitation and rainfall. Agriculture and water need is not quite as much a threat as industry and domestic sectors that account for the rest of 20 per cent.

The primary challenge in industry and the building sector is that no conscious legal measures have been enacted that stipulate 'growing your own water' with measures that will 'put all water in a loop' in any residential or commercial building. This involves treating all used water to a grade that it can be 'upcyled' for use in flush tanks and for gardens across all our cities with the polluter owning the responsibility for treating and for identified reuse. The drop in fresh water demand can be dramatic with such upcycle, reuse, and recycle of treated water.

Water by itself in industry and the domestic sector, is not as much a challenge as pollution of water. Not enough measures exist yet for ensuring that such polluters shift the water back for reuse.

The issue therefore does not lie in wasting more time on policy measures. If the Ministry of Water Resources and the MoEF can immediately strengthen the hands of the Central Pollution Control Board in a way that the quality of water treatment is far higher than is currently legally stipulated; if legislation can ensure that water is treated and reused for specific purposes within industry as well as in the domestic sector, this will make all the difference to the crisis on fresh water. The National Capital Region alone, for instance, will save up to 3 billion liters of water a day.

A listing of such correlations of water used by every product that we use in our daily lives will make much better sense than any elaborate rating system from the newly formed BWE. Such sensitising with concerted awareness campaigns that the new Bureau drives will impact the urban consumer more than all the research findings that experts can present. What is important for us is to understand the life-cycle impact in a way that we see the connect between a product that we use and the resources it utilises upstream to the point where we bring the visible connect to destruction of natural resources of our ecosystems.

Great past civilisations like the Babylonian one had powerful water managers working directly with the kings and governors of provinces. The Hammurabi Code invited death by capitation for anyone cutting a tree. Yet the civilisation perished in less than a hundred years eventually for its complete disregard of its forests and rivers. The Indus Valley and an entire civilisation that inhabited nearly two-thirds of today's Indian landmass disappeared without a trace in less than 60 years. There's no fury that matches the wrath of a woman scorned, they say. Mother Earth is no exception.

Chandrashekar Hariharan is CEO of Biodiversity Conservation India, the Bangalore-based pioneer of green buildings. (Full disclosure: Ashwin Mahesh, co-editor of India Together, is a member of the Board of Directors at BCIL