How can biodiversity be protected?

In biological diversity, India is one of the richest countries in the world. But widespread destruction has already taken place and this is continuing. Urgent measures to reverse the damage are both necessary and possible. Ramesh Menon sounds the wake-up call.
30 April 2006 -

Worldwide, experts look at India with wonder as there are little parallels elsewhere that can boast of such rich biodiversity in terms of mountain ranges, forests, grasslands, water bodies, rivers, marine wealth and deserts. On one hand you have the dry stark deserts of Rajasthan and on the other you have the cold desert in Leh. Imagine the beauty of the rain forest in the Silent Valley of Kerala and the dense untouched forests in Arunachal Pradesh. Or the vast Chilka lake in Orissa that pans out for nearly 1,14,000 hectares that supports numerous forms of marine life apart from catering to thousands of livelihoods. The extent of micro-organisms has not even been assessed. India may have only 2.4 per cent of the world's area, but it has over eight per cent of the world's biodiversity. 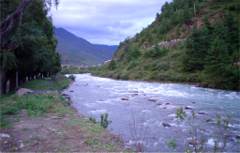 India has one of the largest networks of protected areas in the world. Its wildlife sanctuaries and national parks take up around 1,12,274 square kilometers. India has more than 50,000 varieties of rice, over 5,000 varieties of sorghum, 1000 of mango and as many as 500 varieties of pepper.

•  Development and biodiversity
•  Mothers of the Earth
•  Restoring endangered bioreserves

Biodiversity must be protected not only for purely ecological reasons but because it sustains livelihoods. Biodiversity in agriculture helps millions eke out a living. It helps people get food, jobs, nutrition, bio-pesticides, traditional medicine, housing material, fodder and fuel. That is not all. It helps stabilize the climate, improve rainfall and enrich the soil and water table. Life cannot go on without biodiversity.

But the future of Indian biodiversity is in danger. The Sariska wildlife Sanctuary in Rajasthan today does not have even a single tiger. As reported in earlier articles (see sidebar on the right), India's biodiversity has started dwindling due to reasons ranging from poaching to rampant, unplanned and unsustainable development activities. Agriculture is now caught in the pincer of a genetic collapse. Monoculture has replaced inter-cropping which had scientific logic behind it. Hybrids have taken over. Aggressive marketing has brought in pesticides and chemical fertilizers to ruin soil quality and costs. Adding to this are destructive trade practices, poor remuneration for indigenous food grain and cereals, and demographic changes. And while these factors are aiding biodiversity loss, bio-piracy has led to the theft of bio-resources and traditional knowledge. Suman Sahai of Gene Campaign points out that if the government was alert, bio-piracy could never happen.

Is there a way out?

One evocative path from the past is how our forefathers declared some areas as sacred groves. Hundreds of years ago, they had the vision of how important species of plants and animals would be destroyed if they did not devise some ingenious way. So, they declared such areas rich in habitat as sacred groves. As it had a spiritual value, it got cared for and protected. Naturally, the groves strengthened the ecological needs of the area. Over a hundred years ago, D Brandis, the first Inspector General of Forests in India, who traveled into various sacred groves remarked that these sacred forests were never touched by the axe and it saw an axe only when wood was required for religious buildings.

In Kerala today, there are sacred groves in the backyards of numerous traditional houses where a large part of the land is used for growing trees, vegetables and fruits. An area called the Kavu is segregated where a lamp is lit almost everyday and the trees around are left undisturbed as it has tremendous religious significance. Reptiles move around undisturbed or unharmed. So do birds and animals. These sacred groves do not just protect the trees. They preserve the whole eco-system: the birds, the reptiles, the animals, the insects and microorganisms. Religious folklore in Kerala has many references the groves belonging to the Gods and this type of protection. Kerala's sacred groves may be just around 0.05 per cent of the state's land area, but they shelter more than 800 species of flowering plants. Many of them have medicinal value and are rare and endangered.

It is not just Kerala. Meghalaya's Khasi, Jaintia and Garo Hills had plenty of sacred groves where undisturbed natural vegetation thrived. For generations they have protected rare species. Small tracts of land in Meghalaya of just one hectare could contain over 100 woody species. That is the magic of sacred groves: concentrated wealth of biodiversity. Today, in numerous sacred groves of Uttaranchal, Meghalaya, Kerala and Tamilnadu, many important tree species have been preserved, and they are seen as "temple trees". Over 17,000 sacred groves in the country have managed to save a lot of biodiversity that would otherwise have been destroyed.

Even today, many of these practices are in vogue in the mountainous areas like the Himalayas, the Western Ghats and central India. They must be encouraged to continue as they are India's priceless treasures of great ecological, biological, cultural and historical value.

Protection in the present day 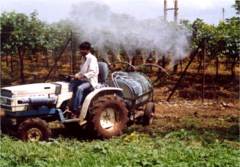 One way may be crop-diversity and returning to organic farming. In the district of Warangal in Andhra Pradesh where pesticides worth over 700 million rupees are pumped in annually by over 13,000 pesticide dealers, a substantial number of farmers are seeing the logic of returning to organic farming. They see it as the only way to get health and productivity back into their fields as the chemicals have destroyed both land and their health.

Organisations like Modern Architects of Rural India are now working with them teaching them sustainable practices that have been pulled out of traditional knowledge. R Murali, secretary of MARI in Warangal says that they are now getting farmers to use traditional seeds as it is more pest resistant. "We encourage diverse crops so that pests of one crop do not survive when the next cycle comes up. We get them to use bio-pesticides which they make by grinding different seeds, using cow urine and neem." Murali expresses satisfaction with the results and says it is encouraging to see that "we have created models of how farming can become pesticide free."

The Deccan Development Society led by P V Satheesh in Andhra Pradesh has also set an example. DDS has trained women into storing and distributing diverse crop seeds from seed banks. Satheesh says that the best thing to do is to allow rural communities that have tremendous traditional knowledge to protect biodiversity. Satheesh who works with communities in Andhra Pradesh, points out: "Women, for instance, know all about seeds and how to preserve them. They must be assisted to do so and we must give them the space and freedom they deserve if our biological wealth has to be preserved. Women have to be got into the middle of biodiversity protection."

Ashish Kothari of Kalpavriksh, an environmental activist group, says that one way to preserve biodiversity is to give communities the right to look after it. He feels that they need to be made stakeholders where they stand to benefit in terms of livelihood and recognition. Their knowledge needs to be updated and they should be sensitised into protecting it from being stolen by outsiders for commercial purposes.

For example, forest guards at the Silent Valley in Kerala which is a protected rainforest watch visitors with an eagle eye so that they do not steal any herbs or plants. They know the wealth the forest holds. As there was a public campaign in the late seventies to save the Silent Valley from being cut down for a hydro project, people are even now staving off government efforts that promise them more electricity. Public protests have underlined that they would rather live with power cuts as they want the unique eco-system to be protected. Ujjwal Kumar, a policy analyst with Gene Campaign in New Delhi, feels that communities developed their knowledge system to use bio-resources as raw materials to make useful products while also conserving biodiversity as they were so dependent on it.

There has been a lot of attention on the tiger of late after it vanished from Sariska. Greater awareness of wildlife ecology and the growing conflict between animals and humans in and around reserves, and involving people to protect these areas are all needed. In the Kerala'a Periyar Tiger Reserve, for instance, such moves have converted hardline poachers into protectors of wildlife.

Much more needs to be done

India's budgets fly with the rhetoric of development and economic growth, but have yet to recognise the wealth the country stands to gain with its biodiversity intact. Budgets of the future need to recognise the value of biodiversity and generously fund conservation and promotion of sustainability.

After years of public participation, India's National Biodiversity Strategy and Action Plan, reached its final stage in 2004. And then, things unravelled. Though numerous recommendations have been made by the NBSAP, New Delhi has gone silent on it.

India has lost over half of its forests, forty per cent of its mangroves and a large part of its wetlands, according to the National Biodiversity Strategy and Action Plan. Numerous species of plants and animals are extinct and several hundreds are under the threat of extinction.

With co-coordinated action, biodiversity loss can still be salvaged, atleast to some extent. Some recommendations:

When a nation loses biodiversity, it stands to lose not only its wealth, but its future. There is little time for India to lose as its biodiversity is already in danger.

Ramesh Menon is a journalist and documentary film maker. In April 2006, he received the Ramnath Goenka Award for Excellence in Journalism for his report in India Together on how pesticides had turned Punjab into a poison field.