Emissions of the rich and famous

In discussions of the travails of the airline industry that have been taking place recently, its detrimental effect on global warming has not come up, writes Sujatha Byravan.
04 October 2009 -

There is an ongoing construction and expansion boom on airports in India. While upgrades to airports that were falling apart seem necessary, it's not clear why there should be much investment in new airports, considering that the airline industry itself isn't growing very much.

In the UK, earlier estimates of growth in air travel and aviation are now being abandoned, and three airlines (British Airways, Easyjet and Ryanair) have asked the British Aviation Authority to scale back its plans to invest 900 million pounds to expand London's Gatwick airport. In India too, air traffic has experienced a slowdown in 2009. Airlines have cut their fleets because of the deep fall in passenger numbers, and there are consequences that go beyond the airlines. For instance, the consortium which runs the GMR Hyderabad International Airport is reporting losses on that operation.

There is, of course, the possibility that the drop in passenger numbers might simply be yet another fallout of the global recession. As the world economy begins to recover, businesses might be once again inclined to support air travel for their employees and people may have more disposable incomes to fly on vacations. And corporate chieftains are doing their usual bit - having first throttled the industry by their own overly aggressive plans, Jet Airways chief Naresh Goyal and Kingfisher Airlines owner Vijay Mallya now say, "The government must reduce taxes on jet fuel and airport charges if they want airlines to survive".

Amidst all this, Air India, that mother of airline failures, is about to get a whopping Rs.2000 crores of taxpayer funds to help keep it afloat. And that is only the first tranche of its bailout package. To top it all off, no one believes any of this money will actually turn Air India around.

All this raises a pertinent question - why bother? If customers don't want to patronise these companies, or even airline travel as a whole, why not just let them die? And why not just sell Air India? Why should taxpayers provide huge subsidies on jet fuel, or underwrite lower taxes for the rich (air travel isn't really for 'everyone', notwithstanding Deccan Air's claims to the contrary). If anything, it appears we should be slapping a tax on the industry, considering how much it pollutes the earth's atmosphere.

Emissions of the rich and famous

In all the discussions that have been taking place recently in Indian newspapers on the travails of the aviation industry, its detrimental effect on global warming has not come up. Greenhouse gas (GHG) emissions from aviation and shipping were not included in the Kyoto Protocol, even though these industries are under increasing pressure to have their emissions counted.

Aircraft emissions of carbon dioxide, oxides of nitrogen, soot and sulphate all contribute to 'radiative forcing' (the scientific term which refers to the energy balance as a result of absorption and reflection of sunlight, and infrared emissions from the earth) of the atmosphere. The condensation vapour trails of aircraft, and the induced-cirrus cloudiness from them also have a net positive radiative effect. Thus simply switching from carbon-based fuels to biofuels or other renewables will not be sufficient to eliminate the damaging effects of air travel on climate.

Moreover, the contribution of air travel-related radiative forcing is steadily rising. According to an assessment by the Intergovernmental panel of Climate Change (IPCC) based on data from the year 2000, aviation contributes 3 per cent of greenhouse gases. But recent findings using data from 2005 indicate that aviation has grown in the intervening years and the value must be updated and increased to 3.5 per cent of all anthropogenic forcing, and this number increases to 4.9 per cent with the cirrus cloud enhancement effect. According to the IPCC, by 2050, the contribution of aviation to warming would be by a factor of 3 to 4 over the value from 2000.

In India too, the rise in aviation-related emissions is expected to be almost as impressive (at just over 4 per cent per year). These numbers might seem small, but are significant given their rapid growth, and is of particular concern for at least three other reasons. First, it is highly energy-intensive using more energy per person-kilometre than a single occupancy car. Second, its contribution to global warming is around three times greater than is indicated by the carbon dioxide emissions alone.

Third, its speed enables and encourages people to travel long distances, and its use is increasing rapidly. In today's global work-hard-play-hard culture, speed of travel, especially for high executives and political leaders, is regarded as 'necessary' to ensure that time is not 'wasted' in merely getting to and from places. Partly as a result, aviation has a privileged position in the economy, and as with car travel, any year in which higher levels of traffic are recorded is interpreted as 'a good year' and encouragement drawn from any evidence indicating the prospect of more growth.

Globally, emissions control has become a highly contested arena, with developed and developing countries both insisting that continuing emissions by each group are necessary to protect their own citizens, and demanding that the other side alone make concessions. Jairam Ramesh, India's Environment Minister, and Rajendra Pachauri, Chair of the IPCC have both called for a change in lifestyles in the US, arguing that this is necessary to reach global carbon targets. But make any mention of India cutting back on pollution, and they are quick to disagree, saying that Indian carbon emissions are justified because on a per-capita basis we emit very little. 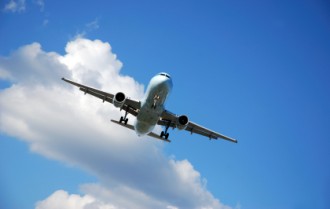 Statistics from the aviation industry are seldom treated with any seriousness in climate policy; there is no mention of aviation in the national communications of the government to the UN Framework Convention on Climate Change.

The Ministry of Environment and Forests projects that India's per capita emissions in 2030 will be just around 4 tonnes of CO2 per capita, which would still be below the 2005 world average of 4.2 tonnes per capita. Yes, but this hides an important fact. Consumption patterns and GHG emissions vary widely across different economic groups in India.

Thus while the top ten percent of the population is responsible for most of the country's greenhouse gases in the form of luxury emissions, the converse is true for the bottom ten percent. The poor do not have access to many energy services and their emissions are therefore well below the national average of about 1.2 tonnes of carbon dioxide per capita. Cutting back on emissions by the rich is what India needs to do, and this is in line with global responsible choices. But honest acknowledgement of this rich-poor divide within developing countries has yet to occur.

In the aviation sector, things are worse; statistics from the industry are seldom treated with any seriousness in climate policy; there is no mention of aviation in the national communications of the government to the United Nations Framework Convention on Climate Change. Indeed, we witness the very opposite: a schizophrenic policy with politicians with Environment portfolios gathering at global events to speak of the need to reduce GHG emissions while at home their colleagues in the Aviation ministries are gung-ho about an industry that adds dangerously to those emissions.

As with other areas of environmental concern, in air travel too there may be technology-led ways out of trouble, but for the moment these remain elusive. A flight on biofuel from Jatropha was recently undertaken, but this does not yet seem like a real option. Moreover, the controversy around using up land for biofuels as opposed to agriculture is still raging. And as lifecycle emissions are included under biofuels that are being promoted, they may turn out to be not that much better than fossil fuels.

Likewise, proposals for moderating flying itself are also still in early stages. Incorporation of aviation into an emissions trading system offers the potential for overall (i.e., beyond the aviation sector) CO2 emissions reductions. Proposals exist for the introduction of such a system in Europe, but no agreement has been reached at a global level. A carbon surcharge on air travel has come up in international discussions and the Small Island Developing States, also known as SIDS, have floated the idea of having this surcharge flow into the Climate Change Adaptation Fund.

In a recent article in The Hindu Business Line, Giovanni Bisignani, Director-General and CEO of International Air Transport Association acknowledges that changes need to be made and adds that his board of governors has set ambitious targets to mitigate GHG emissions from aviation: "A cap on aviation CO2 emissions from 2020 (carbon-neutral growth); An average improvement in fuel efficiency of 1.5 per cent per year up to 2020; and a reduction in CO2 emissions of 50 per cent by 2050, relative to 2005 levels." He adds that carbon-neutral growth is an important milestone on the route towards a zero-carbon future for aviation.

But he then goes on to say that aviation's net CO2 emissions will stop growing even when demand for air transport continues to grow. This is virtually impossible if we are calling for real reductions in carbon dioxide concentrations in the atmosphere. Every industry is looking for market solutions, which have their problems including that whether they will make a real dent in GHG concentrations in the atmosphere is seriously doubtful. How can this industry grow at all if we need zero emissions in forty years?

What we need, on the other hand, are disincentives for air travel. In addition, investment in innovations, video conference technologies, high speed trains and the adherence to reducing carbon footprints in businesses and by communities and individuals. We need to have more honest conversations about GHG emissions instead of simply saying that India (or any other developing country) has low emissions compared to the rest of the world. And as part of this effort we need to recognise that aviation must be discouraged and public transportation and forms of electronic communication promoted.

Flying must be made expensive and be relegated to being an ultimate option - like taking an ambulance in an emergency. The aviation sector fulfils needs that for the most part we should find ways to replace: by using the phone more, using video conferencing, taking the train on vacations and being more accountable to ourselves and to our children and grandchildren.