An apex bank for urban microcredit

Given that urban poverty and access to credit is such a large problem to address and there is much to learn about urban microcredit, India needs an apex body to focus on urban microcredit for development. According to the Economic Census 1998, there were 1.26 crore enterprises in urban areas, employing 4.34 crore people. The Economic Census 1998, for the first time had a question about the source of finance for enterprises. While separate data has not been published for this question, it was found that for rural and urban enterprises as a whole, 80.4 percent of the 3.04 crore enterprises in the country were self financing. Banks and financial institutions directly financed only 2.8 percent of enterprises, while 1.9 percent had received finance linked to poverty alleviation programmes. Thus a total of only 4.7 percent of all enterprises, rural and urban, received any form of formal finance. 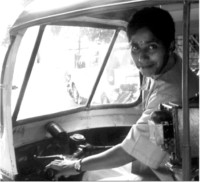 Obviously, the proportion for the micro/informal sector would be even smaller, since 'tiny' itself was defined as having investments up to Rs 5 lakhs, which is far larger than most informal urban enterprises. The acute shortage of credit for the urban informal sector is not surprising because it falls between the two priority sectors - agriculture and industry. Since the 1970s, in the wake of the Green Revolution, the banking system was expanded in rural areas, but primarily to cater to the needs of agriculture. On the other hand, the urban banking system maintains a manufacturing and organised business focus, while specialised institutions such as SIDBI, focus on the larger end of small-scale industries.

Most informal enterprises do not distinguish working capital from capital investment. The severe shortage of credit should not be understood as merely that of working capital. While this remains the most important need particularly for ongoing enterprises, there is also substantial shortage of investment, capital, purchase of fixed assets, machinery, equipment and built-up workspace. A lot more informal enterprises would start up, if investment capital were available. However, this does not complete the picture. In practice in any sub-sector, a large number of micro or tiny enterprises come up around common facilities which can be housed only in larger enterprises or in public infrastructure.

For example, a cluster of one thousand handloom weavers, such as in Ramanagaram, can be served by a yarn dyeing facility and a design centre. Similarly, a number of small low-cost apparel units in Bangalore can benefit from a common design centre or a training unit for entry level skills. Small leather tanning units around Chennai and hosiery units around Tiruppur can benefit from having a common effluent treatment plant. Yet all these require capital investments, which are not only larger than 'small scale' but also require longer pay-back periods and possibly initial subsidies in some cases. This requires an orchestration of different types and sources of finance - from bank loans for working capital to term loans for fixed assets to capital subsidies for common infrastructure, which are in the nature of 'public goods'.

In addition, many of the shortcomings of micro-credit minimalism, such as neglecting market linkages and infrastructure deficiencies, which become acute in rural areas, do not apply as much in urban areas. For example, market linkages on the input and output side indeed exist and are in fact dense. There are numerous consumers with a range of purchasing power and generally speaking, the infrastructure for production, servicing and trading are in a better shape than in rural areas.

The case for an apex body to focus on urban microcredit for development is best illustrated by NABARD's progress (National Bank for Agriculture and Rural Development) in rural areas. NABARD has been very successful with its Self-Help Group (SHG)-Bank Linkage Programme. This programme has its roots in the proposal of MYRADA (a Bangalore-based NGO) for NABARD to experiment with an alternative credit delivery system owned and controlled by the poor. In the late 1980s, MYRADA fostered Self-Help Groups and helped link them to a bank. According to MYRADA, NABARD conducted several studies of the pilot programme which "showed clearly that the SHG-Bank Linkage model was by far the most cost effective" and resulted in both the RBI's 1990 policy of encouraging banks to promote the effort and NABARD's 1991 guidelines providing a framework for operations.

More than a decade later, the linkage programme not only finances SHGs through commercial banks, Regional Rural Banks (RRB) and cooperatives, but has also trained bankers to become SHG promoters. The most common model for linkage is where an NGO forms a group and a bank links to it directly. Training and capacity building is an integral component of NABARD's strategy. They use targeted training modules for different organisations, and even for different functionaries within the same organisation (branch managers, bank staff, etc). During just the year ending March 2001, NABARD was responsible for:

At the end of March 2001, 1,030 NGOs and other formal agencies were involved in promoting SHGs and 15,000 bank branches were linking SHGs. Significantly, NABARD carried out an impact evaluation of the SHG Bank-Linkage programme in 2000. They studied 223 SHGs in 11 states across the country, looking for evidence of changes in member's lives after working with an SHG. Some of the results were:

Urban areas thus urgently need top-level focus from a government agency that will be responsible for using credit to launch a battle against urban poverty the way NABARD is using credit as a tool to catalyse rural change. The creation of an Apex Bank for Urban Development (ABUD) can meet this need. NABARD by definition, cannot lend to urban areas, nor refinance bank loans made in urban areas (defined fortunately as towns above 50,000 population). The Khadi and Village Industries Commission also does not finance or provide subsidy to units located in towns with population above 20,000 under its main Rural Employment Generation Programme (REGP). SIDBI on the other hand largely focuses on the upper end of the small-scale industries sector and almost totally fails to reach the urban informal sector. A more recent attempt at that was the establishment of the SIDBI Foundation for Micro Credit (SFMC), but its work is still rather small. According to early data, it sanctioned (not disbursed) Rs. 34 crores in 2001. In addition, it sanctioned Rs. 6 crores for capacity building of MFIs. The majority of SFMC's funding went to rural MFIs.

Excluding government would waste the opportunity to leverage India's own resources, release the government from its responsibility to the poor population and leave the private sector, NGOs and other stakeholders to continue on a slow, uncoordinated path.

What could be the alternative institutional design for providing finance to the informal sector in urban areas? Due to a long history of directed credit, principal and interest rate subsidies, the market for credit to informal producers has been distorted. While borrowers continue to expect unrealistically low interest rates and principal subsidies, lending institutions and their staff have become negative and cynical about lending to producers due to their bad experience of repayment. The most significant challenge, therefore, is to break this vicious cycle. All this obviously reinforces the need for a specialized lending institution for urban micro finance.

But does it? Based on our earlier disappointing experiences of one apex institution after another - HUDCO, NABARD, SIDBI, RMK, SFMC it may be a folly to recommend one more apex institution - ABUD. One may wonder after reading the critique on the govt run urban poverty alleviation initiatives (UPAIs) in the earlier articles, why any government involvement is recommended, since government agencies shoulder the blame for poor implementation. The answer is that excluding the government would waste the opportunity to leverage India's own resources, release the government from its responsibility to the poor population and leave the private sector, NGOs and other stakeholders to continue on a slow, uncoordinated path. Additionally, it is important that an understanding of the empowerment approach to development is built-up within the government to slow the flow of short-term, short-sighted subsidies.

The statistics cry for action to somehow enhance credit to the urban informal sector. We suggest a middle course, that if ABUD has to be set up, let it reflect the learnings from the micro-finance and mainstream attempts to reach urban informal producers.

TIGER SANCTUARY : Are tigers back at the Buxa reserve?
MORE ARTICLES
on similar topics ...
MICRO FINANCE