Setting their own paths

Women are no longer content with the status quo, and unwilling to wait till men dish out empowerment as a special privilege or favour. We must accelerate this trend, writes R Balasubramaniam.
24 March 2011 -

A hundred years ago, in March 1911 thousands of women gathered in Germany. Their main concern then was the plight of working women. What started off as a movement in Eastern Europe and Russia slowly gathered momentum, and the United Nations began observing 8 March as Women's Day every year from 1975 onwards. Around the world, that date is marked by meetings, seminars, discussions and press articles, as Governments and NGOs hold celebrations.

What does the day mean to the millions of Indian women? Does it hold significance beyond mere symbolism? Can we honestly celebrate changing conditions for women in society? More than a century ago, Swami Vivekananda had spoken strongly of women having an equal place in Indian society and said that the country would not progress if it had no equal place for its women. With the changing social, political and economic landscape of India today, are things getting better? Is women's empowerment mere sloganeering or does it still remain a favour bestowed on them by the menfolk?

One point of particular focus, in this regard, has been micro-credit. It is claimed widely that rural micro-credit programs in particular have had a positive effect on women's lives, giving them greater options and autonomy. So, I decided that this would be a good place to begin my inquiries - traveling around and meeting and interacting with some of these women, in Heggadadevanakote taluk of Karnataka. 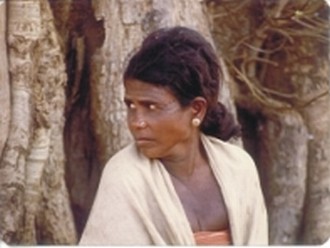 It is heartening that many of these women are tribals and dalits who are no longer willing to be mere 'beneficiaries' of Government doles but are asserting themselves to become partners in progress.

•  Can I build my own house?
•  Ushering in change
•  Getting their entitlements

Rathnamma, living in Basavanagiri was till recently dependant on her husband for the little money that he brought home as an agricultural labourer. For years she and her family were subject to the vagaries of nature, and life was indeed unpredictable. Now she is a confident mother who is not only contributing to her family kitty, but also more decisive and articulate. The last year has seen her gradually evolve into a business-woman making snacks and other eatables at home by herself and going around the nearby town marketing the same to petty shops. A gradual economic change without any fanfare or drama but significant nonetheless!

If Rathnamma saw economic opportunity in making and selling snacks and other goodies, her friend Chikkamani found business sense in buying and selling garments and cloth. She travels on her own to Mysore and other places and returns home to sell the cloth and garments she has procured from there. She has slowly but surely learned that trade and commerce need not be a male bastion. She says she now earns more than her husband does, and jokingly says that she needs her husband more to carry the heavy luggage that she brings home after each visit!

There are other signs of women emerging from a long history of second-class citizenship. More and more, women are active in demanding and obtaining the rights of their communities, and becoming leaders in their own right.

Shivamma of Manchegowdanahalli is completely different. She was more of a social activist who was keen on setting right the Fair Price Shop in her village. She was concerned that poor and destitute women from her community were not getting their rightful entitlements. She had to wage a relentless battle against powerful forces both within and outside her village and ensure that all the Antyodaya cardholders got their rightful share of 29 kg of rice every month. She did not stop there. She goes around meeting other members of the Women's SHG Federation and urges them to join her in the crusade in setting right the Public Distribution System.

Machamma of the Kebbapura tribal colony was tired of running around to the local politicians, asking for civic amenities for her colony on the outskirts of the Bandipur National Park. After not receiving any response to her repeated pleas from the powers that be, she decided to take things into her own hands. She contested and won the gram panchayath elections. Today she is one of the most vocal members in the panchayath, and has taken her role in the Social Justice Committee very seriously.

While she chose to express herself politically by joining the electoral process, Putti and Madi of Jaganakote haadi decided to make participatory democracy in their small tribal hamlet a reality. They are active campaigners for gram sabhas, and are making sure that these are held periodically and are becoming the true voices of the people.

Kavya is another special young woman who decided to fight all odds stacked against her and resolutely refused to accept that poverty and gender could come in the way of her academic achievements. With assistance from Swami Vivekananda Youth Movement, she not only completed her SSLC and PUC but is now studying to become an engineer. She also wants to dedicate some portion of her life and time for the academic upliftment of other rural girls like her.

The success of these women is not anecdotal or distant, but reflect the emergence of a silent change in society. Women are no longer content with the status quo, and are unwilling to wait till the men dish out 'empowerment' as a special privilege or favour. They are now active participants in processes that concern their lives and welfare and are willing to engage with society and the State in negotiating their entitlements.

What makes it all the more special and heartening is that many of these women are tribals and dalits who are no longer willing to be mere 'beneficiaries' of Government doles but are asserting themselves to become partners in progress. Certainly, there is a lot for many of them to celebrate. The trajectory for positive change is now in place. What we must do is ensure that it is accelerated, and that women's aspirations are not just for the future, but also for the here and now.