States are demanding a higher share of tax revenue from the Centre, citing the need for development funds as well as flexibility in spending money according to local priorities. Sunil Jain reports.
08 March 2010 -

Given how the Thirteenth Finance Commission (TFC) has increased the share of states in central taxes from 30.5 per cent to 32 per cent and the various other goodies (Rs.28,360 crores relief on interest paid to the Centre over five years, for one), the reaction of West Bengal Finance Minister Asim Dasgupta did seem a bit churlish - Dasgupta said the states had asked the TFC to raise the transfers to 50 per cent.

A closer examination, however, suggests there is a lot to what Dasgupta said, indeed the TFC report says as much in many places. Apart from the taxes the Central government collects, it also levies cesses which are unlike taxes in two respects - one, the money collected is earmarked for certain expenditure only (the education cess is one example) and, more important from the point of view of the Centre, the cesses don't have to be shared with the states. In 2010-11, these cesses are budgeted to be Rs.60,923 crores, or 8 per cent of the total taxes collected. There are then the payments from what the TFC calls the "fiscal commons" - the amounts got from, for instance, telecom revenues and the government's royalty on the oil and gas that public/private companies produce add up to around Rs.60,000 crores in 2010-11.

Add these two items to the divisible pool of resources, as should be done if the true spirit of federalism is to be maintained, and it turns out the states get just 24 per cent of the revenues, not 32 per cent that the TFC had recommended.

The principal reasons for wanting an increased share of the revenues, of course, has to do with the fact that the states spend a far greater sum of money than the Centre does on what are called "development" areas - in 2008-09, the states spent Rs.512,000 crores versus a much lower Rs.303,000 crores by the Centre. 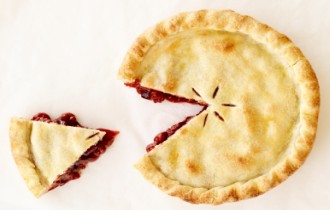 If the cesses and fiscal commons funds are also taken into account, it turns out the states get just 24 per cent of the revenues, not 32 per cent that the TFC had recommended.

While the money is supposedly a grant, it isn't quite that. For one, the "grant" has to be spent on schemes specified by the Centre - schemes which, as L K Advani pointed out the other day, have mostly been named after just three individuals! So, for instance, it may well be the case that a state may not think an NREGA-kind of scheme is top priority for it - but since the money is available, as a "grant", and the Centre is advertising the scheme all over the place as a pro-poor one, most states tend to go in for it. Which state would want to be branded as one not doing enough for the poor?

Two things happen as a result. One, the states' freedom to implement their own schemes is curtailed since they can only get money if it is the Central scheme that is being implemented, right down to the last item in the scheme's design - given that just 15-20 per cent of the funds of most schemes reach the beneficiaries, it's obvious the Central government's design is pretty rotten, so why not allow the states to spend the money according to their priorities?

Two, as the TFC recognises, this puts an additional financial burden on the states. Under the Sarva Shiksha Abhiyan, for instance, states were given 85 per cent of the money as a grant initially. So, they spent 15 per cent on the teachers hired or the schools built. The grant has now fallen to 60 per cent and could fall further - so the states now have to shell out more for the teachers they hired for the Central scheme. And since each grant is restricted to the plan period, teachers hired by the states in the previous plan period are the responsibility of the states! With the Right of Children to Free and Compulsory Education Act now going to be implemented, and a National Food Security Act on the anvil, as the TFC points out, the expenditure commitments of the states are certain to rise. In which case, their demand for a greater share of (untied) funds is hardly unjustified.

And you thought tied aid - Japanese aid for the metro can only be used to buy Japanese equipment, for instance - was a concept restricted to aid coming from foreign countries.