In theory various rules govern the use of AIBP funds to execute projects. In practice, as the CAG reminds us, money is liberally diverted, and the States and the Centre both look away. Himanshu Upadhyaya reports.
04 April 2011 -

A simple calculation says, Rs.11,767.66 crores. A figure that makes us stare attentively at the headline of the news item: "SSNNL chalks out Rs.10,500-crore plan to expedite project". So, while as high as 36 per cent of the total expenditure has been on interest and debt repayment, SSNNL is still scouting for more funds, now under the holy aim of 'expediting canal construction'.

Jagdeesan also claims that under the Accelerated Irrigation Benefit Programme (AIBP), the Centre has approved Rs.4500 crores as a grant for the canal work. While Jagdeesan might not speak on how much money SSNNL has got so far under AIBP funds and how has it spent them in the past, a recent performance audit of AIBP by Comptroller and Auditor General of India presents some disturbing facts.

The CAG's performance audit of AIBP impelemntation for the period 2003-2008 concludes that the programme has failed to achieve its objective despite release of nearly Rs.26,000 crores of central assistance from 1996 till 2008, of which Rs.5123 crores - i.e. 19.70 per cent - were released for just one project - Sardar Sarovar. The CAG notes that there were numerous deficiencies in planning and approval of AIBP projects and project execution was also deficient.

Audit scrutiny also revealed large scale instances of diversion of AIBP funds for other purposes, grant of undue benefits, and other cases of irregular and unauthorized expenditure. Monitoring and evaluation systems, both at central and state levels, were also deficient.

On SSNNL's diversion of AIBP funds, the audit comment states,

"Government of India released Rs.675.20 crores for extending irrigation benefit to Drought Prone Areas (DPA). Audit scrutiny revealed that ten branch canals - namely Narsinghpura, Maliya, Vallabhipur, Viramgam I and II, Kharaghoda, Jijanuwada, Goriya, Rajpura and Amanpura - were proposed to be developed under DPA. SSNNL provided utilisation certificates to GoI, certifying that the funds provided under DPA were spent on the branch canals. However, the branch canals covered under DPA had already been constructed or were under construction, when the DPA component under AIBP was introduced. This implied that SSNNL gave incorrect UCS to GoI, and the funds provided under DPA were used by it on works other than those covered under AIBP DPA." 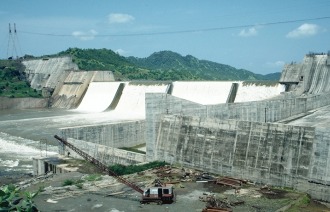 Six states garnered 75 to 85 per cent of grants released under AIBP during the period 2005 to 2008 - Andhra Pradesh, Maharashtra, Gujarat, Orissa, Karnataka and Madhya Pradesh.

Further, audit scrutiny revealed that during the period 2003-04 to 2004-05, against the actual expenditure of Rs 1702 crores incurred by SSNNL, the state government reported expenditure of Rs 2987 crore to GoI, thereby overstating expenditure incurred under AIBP by Rs 1158 crore.

Centre too looks away

All these simply means is that even as programme guidelines offered safeguards against such financial irregularities and despite CAG audits pointing out diversion of AIBP funds twice in past, the Union Ministry of Water Resources (MoWR) failed to act on repeated violations of norms.

AIBP guidelines specify that the second installment of Central Loan Assistance/grant was to be released by the GoI only after the submission of Utilisation Certificates in respect of the first installment. CAG notes that Gujarat and two other states - Himachal Pradesh and Karnataka - violated this norm. The guidelines also stipulate (1998-99 onwards) that the states must submit audited Statement of Expenditure on the projects within nine months. In 2006, this standard was raised to say that release of central assistance for the subsequent years would not be considered if the audited statement of expenditure were not furnished within nine months.

The CAG notes that there were 12 states, including Gujarat, do not meet this requirement. Yet, the Central government continued to release its funds, in clear violation of the guidelines.

Gujarat was also one of six states which garnered 75 to 85 per cent of grants released under AIBP during the period 2005 to 2008. In terms of share of AIBP funds received, the state ranked third, after Andhra Pradesh and Maharashtra. The CAG also took note of the fact that all six states cornered a large part of AIBP funds without showing corresponding performance in terms of project completion.

Taking note of this phenomenon, CAG recommends: "Since AIBP is addition central assistance programme, GoI may ensure equitable distribution of AIBP funds to states based on predefined criteria i.e. population dependent agriculture, Ultimate Irrigation Potential yet to be fulfilled and also past performance in completion/ commissioning of projects and utilization of targeted Irrigation Potential under AIBP. CAG also makes a strongly worded recommendation to tackle the issue of diversion of funds stating, "GoI may recover the amounts diverted by the State Governments, if necessary, by making deductions from the next installment of plan assistance to the defaulting state governments."

However, not only has MoWR failed to act on this recommendation, by promising grants worth Rs 4500 crores to SSP in coming years, it has clearly showed total disregard for CAG and overwhelming love for status quo.

While the draft of this performance audit was issued to the Secretary, MoWR in August 2009, no response was received from the ministry despite written reminders, nor could an exit conference to discuss these audit findings be scheduled. The Action Taken Note on the previous performance audit was submitted after a long delay in 2008-09. In that Action Taken Note, MoWR claimed that it had stepped up evaluation of AIBP, and that improved monitoring mechanisms were now in place. It also explained away cost escalation as due to reasons beyond the control of the project executing agency and the Central Government.

MoWR also referred back to the AIBP guidelines themselves, arguing that if a State Government failed to utilise central assistance along with the state share, no further Central Assistance would be released to the State Government. But, as noted above, this is clearly not enforced. Audit comments on the Narmada canal component in Rajasthan also proves that when MoWR fails to enforce these built-in safeguards in AIBP guidelines, it clearly ends up encouraging continued diversion of funds. In that state, the 'date of completion' for AIBP work was extended. Also, although the rules specified that in case of delay, funds would be converted from grants to loans, this rule was simply overlooked.

We haven't heard yet when MoWR plans to file its Action Taken Note on last year's performance audit report. Will the Ministry repeat the same old story, or will it finally take cognizance of the repeated violations and diversion of funds, and initiate action to recover these monies?

Himanshu Upadhyaya is a researcher working on Public Finance and Accountability issues. He is pursuing his doctoral studies at the Centre for Studies in Science Policy, JNU.