The relevance of Vanzara's letter

In his resignation, Vanzara gave no indication that obeying illegal orders bothered him. Instead, his lament is that he was used and thrown. In right-shifting India, it may next be the military's turn if the shift from Gandhinagar takes place, writes Firdaus Ahmed.
19 November 2013 -

D G Vanzara's letter of resignation from the Indian Police Service is important at two levels. The first is relatively straight-forward, dealing with the rough and ready methods that security forces adopt when given a free hand. The second, more intricate, is infinitely more consequential. The latter is what makes the confessions from Sabarmati jail so important as the political drama unfolds into elections next year.

Beginning with the mundane aspect first: Vanzara reveals that his outfit dutifully carried out the bidding of the political masters in Gujarat. While there was no call for them to obey illegal orders, Vanazara's letter carries no indication that this bothers him. In fact he projects his acts as legitimate, and is on this account miffed with his handlers for not having bailed him and his fellow travellers out. His mindset is indicative of the mentality of those who have contributed to the embarrassments on India's human rights record. Many states boast of 'encounter specialists'. Likewise, the inability to see their actions as departures from the rule of law is an affliction also of those responsible for unmarked graves across J&K.

Vanzara makes clear that the usual reason trotted out explaining away the phenomenon is nonsensical. The lure of awards and promotions is not all there is to the motives. What is pertinent instead is an inability to see their actions, even if illegal, as illegitimate. It is not legality but a belief in legitimacy that makes for an atmosphere permissive of excesses. The defense that the courts cannot keep up with convictions, and therefore it is necessary to serve as judge and executioner, is a rationalisation. What counts for widespread violations is a belief in ones' own 'righteousness' and the threat thereto from the 'other' side.

Among fighting men, the comforting belief of being on the 'right' side and on the side of the 'right' is a useful motivational factor. The belief is built up through internal communication strategies. The larger social discourse in which political ideologies play out provides context. It makes killing, an otherwise taboo act, become not only doable, but even the desirable thing. This is what resets the norm away from taking innocent lives. If innocence is withdrawn, it is easier to take life.

Militaries, realising this, have perception management strategies, earlier called propaganda, directed also at their own sides. While information war campaigns such as anti-Japanese posters in World War II are par for the course in war, in internal conflict the situation is hazier. There is the law, and the environment has all shades of grey. Therefore, even if the official discourse is sanitised and politically correct, the dominant discourse need not be so. 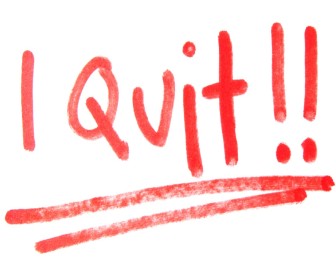 Among fighting men, the comforting belief of being on the 'right' side and on the side of the 'right' is a useful motivational factor. It makes killing, an otherwise taboo act, become not only doable, but even the desirable thing.

This does not imply that the majority of the members of security forces subscribe to the sub-cultures that are beyond the pale. These dominate when the majority is inert, possibly being immersed in the urgent and the immediate, the routine and the mundane. This enables the minority sub-culture take over the space and set the terms of the discourse. The prevalence of fratricide, mutilation, drugs, indiscipline and excessive use of force during the Vietnam War is an illustration of what deviant sub-cultures can do to professional militaries.

The Vanzara letter indicates how the Gujarat police, that comprises officers who have done themselves and their uniforms credit, also had in its midst those responding to a different drum. The story in Kashmir has been different only in scale. Here the military's counter-insurgency campaign has largely been exceptional in its restraint. But the disclaimer cannot obscure the fact that there have been episodes that cloud its record. These occur when there is a momentary ascendance of sub-cultures, usually led or permitted by commanders who have not been politically innocent. These have had a touch of cultural nationalism, prevalent in politics and public discourse over the past quarter century.

Given that the Pakistani proxy war peaked in the period, the military has had to rely on motivational themes that included variants of the 'clash of civilisation' thesis, in which Pakistan and its proxies in Kashmir were taken as the anti-thesis. Those seen as contaminated were to be eliminated, even where the association was difficult, and under the circumstance of innocence, impossible to establish. The benefit, if any, was in punishing them, thereby deterring others. Both sides attempted to terrorise, as is usually the case in counter-insurgency, and increasingly in anti-terror campaigns, universally. The side that puts most pressure on people and for longer perversely, 'wins'.

Whereas in Kashmir, national security provided the fig leaf, in Gujarat, Vanzara informs us it was to embellish the credentials of the chief minister as a 'strong man'. Narendra Modi has gone on to use the image in his campaign inaugural speech suggesting to a Haryanvi audience comprising ex-servicemen including a former army chief, that the nation needs strong leadership, beset as it is with over-bearing neighbours.

Referring to the army's secularism, Modi suggested that it was the model for the rest of the country. This reference by Modi is not to mainstream military culture as much as to the sub-culture tinged with cultural nationalism. The professionalism of the military may lead it to stay out of politics, even as cultural nationalists in their midst are emboldened to bid for dominating the discourse.

This has been on for some time. A perspicacious co-editor of a magazine specialising on Indian security, Force, has revealed the extent of right wing wares in the chatter on military internet groups. These are dominated by ex-servicemen exercising their new found freedom of political expression in favour of the opposition party, with the majority of service members listening in, though not participating for reasons of cyber security, being conditioned suitably.

Modi, in his speech suggested that the Sachar Committee's inquiry into the numbers of Muslims in the army was uncalled for. This is to take the army's secularism that it wears on its sleeve, without critical appraisal. An army interested in secularism in its liberal reading would have proved introspective. This was not the case despite evidence that screams in the face that inequity in representation of Muslims detracts from its touted secular credentials. Take for instance a revealing statistic. Of some 2850 cadets since Independence who entered the portals of a leading military school that prepares cadets for entry to the NDA, only 28 were Muslims.

The innate conservatism of the military, combined with appeasement by charismatic leaders, can lead to the military to remain neutral in the political turbulence undoubtedly ahead. This reference is therefore neither untimely nor apolitical for Modi. It is a page out of the same book used in many other nationalist exhortations around the world. It may yet turn out that the BJP-led NDA government's sacking of the naval chief was a mere trailer. Vanzara's lament is that he was used and thrown. It may well be the military's turn if the shift from Gandhinagar takes place.