What should be the yardstick of performance for our leaders in the Lok Sabha? Should they be held accountable for issues of governance in their local constituencies, or their legislative record in parliament? Kishore Mandyam explains his stance.
29 March 2014 -

Watching Rajdeep Sardesai, Prof. Trilochan Sastry and others debate the MP Scorecard on CNN-IBN was a terrific feeling. Six years of doing this at a State level, and now taking it to national, is a great step forward for us at Daksh, and we thank ADR for making this happen.

In the first ever report card for incumbent MPs at a national level, prepared jointly by Daksh and the Association for Democratic Reforms (ADR), the leaders were rated on a scale of 10, based on their performance against 30 governance-related criteria, from employment to health services to water and electricity supply. A detailed methodology of the survey can be read here.

The discussion on TV, though, raised some interesting issues. This article is about those issues, not about our own back-patting, so stay with me!

First, about the sample size. People on both (all?) sides of the political divide referred to 500 samples in each constituency as being too small. Actually, that's bigger than the sample size suggested by statistical theory. We only needed 384 samples, to be able to figure out, with about 90 per cent accuracy, what people are thinking.

What we needed to do was to implement the survey based on some strong methodology. We needed to stratify the respondents (which we did, on population and caste-type, based on the Indian Census); we needed to randomize the responses (which we did, beginning with random locations within each constituency through well-accepted methods of field sampling). So, no, the sample is NOT small. It is large enough - and the methodology strong enough - to reflect what people think in each constituency.

Second, about the issues in the survey not being the MP's job, well, I am yet to see an MP campaign anywhere promising that she will do a good job passing legislation in Delhi and not focus on the constituency itself. Like it or not, every single candidate - including the MPs on the panels - go out and promise the same things that we asked about in our survey.

In India, where basic needs are yet to be covered for large sections of the population, every voter wants politicians to deliver in his/her constituency, not in debates in Delhi. I am not saying the latter is not important. I am only saying that the survey is about what people want and what candidates promise. 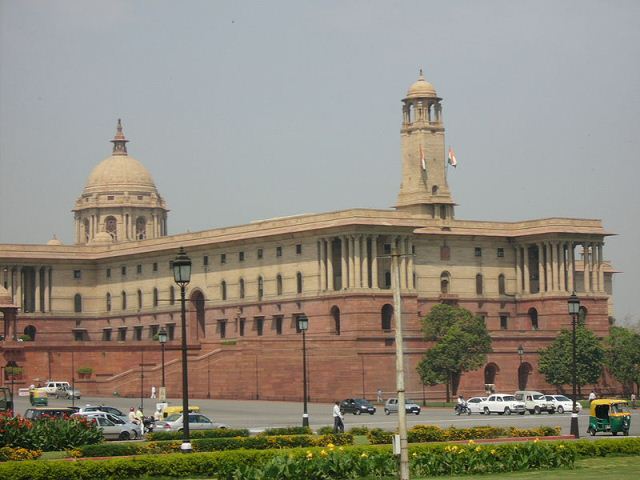 Lastly, I come to the argument that the survey must be flawed because, in all the BJP constituencies where the MPs scored low, MLAs from the BJP won thunderingly recently and vice versa in Congress constituencies. Specifically, people on the panel were sceptical because Sushma Swaraj, who in their opinion is a great parliamentarian ("She speaks so well in Parliament", someone said), got such a low rating.

The statistic used was that seven out of the eight MLA constituencies under Sushmaji's Vidisha constituency were won by the BJP in the recent elections. So obviously, the survey must be flawed, right?

Well, obviously, I don't agree with that conclusion. The fact of the matter is, people vote very differently while choosing an MLA and choosing an MP. Even in cases where a parliamentary election has been held simultaneously with elections to the state legislative assembly, there has not always been a strong correlation between results. So Sushmaji's performance in her constituency, in my honest opinion, has little to do with MLAs there winning or losing.

Further, the voting pattern itself is unfortunately not related much to people's perceptions of performance. Let me give you an example. As part of this survey, I visited a fairly remote part of Jharkhand, from where Mr. Yashwant Sinha has won thrice. He has never been to the location I went to - not in twenty years. But he won that specific booth in the last election.

How is that possible, you ask? One plausible reason is because voting in large sections of the country is "managed", as one of our field partners says. People have great expectations from their representatives in the cold light of day, but are disillusioned enough to deliver a "managed" vote (read: paid for, in some manner) because they think it won't make any difference anyway. This is not to say that Sushmaji - or any of the other MPs - has not done good work in her constituency. This really is about the perceptions of her constituents about ground realities.

This has to change. Discussions in the political sphere, especially running up to the elections, should be about the issues that people face, not about the individuals that are contesting. That's the intent of the survey: to bring to the fore the issues that candidates should debate, so that the winner can focus on them in the future.

Once these issues are solved, people WILL consider voting for good parliamentarians, worrying about Indian aid to China perhaps, rather than local sewage. We all look forward to that day!

Kishore Mandyam is CEO of PK4 Software and Co-founder of Daksh.