A crevasse in the regulatory environment

With the formation of the Green Tribunal, its predecessor, the NEAA has ceased to exist. But the NGT is not fully ready to hear cases, and this has put the regulatory environment off-course. Kanchi Kohli reports.
28 November 2010 -

On 19 October, the Ministry of Environment and Forests (MoEF) issued a press release officially notifying the National Green Tribunal (NGT), with the appointment of Lokeshwar Singh Panta as the Chairperson of the body. The NGT Bill had cleared the parliament decks in April this year, after signficant debate and questioning, some of which continues to be unresolved.

For the MoEF, the idea behind such an overarching change has been to create a principal body, with circuit benches across the country, to judge and deliver verdicts on all matters related to and arising out of environmental issues. With initial assurances were that the NGT would be located in Bhopal, the Tribunal has eventually found its berth, like nearly every other institution of the national government, in the capital city itself.

The NGT is to consist of expert members from the fields of environmental and related sciences who are along with the judicial appointees empowered to issue directions for the compensation and restitution of damage caused from actions of environmental negligence. It would decide on a plethora of laws including those governing pollution, diversion of forest land for non-forest use as well environmental clearances. These laws have a huge bearing on all our lives, regulating the quality of the envrionment around us, and also deciding which industrial projects would be detrimental to the environment and therefore not to be established, alteast without adequate safeguards.

In addition the NGT also has authority to rule on grievances raised when a researcher or industry gets access to local biological material like a herb, seed or associated knowledge with it, without sharing benefits with the original conservers of that material or knowledge. The NGT has been presented as a pioneering step to a create an institution along the lines of those in existence in Australia and New Zealand.

NGT replaces NEAA, but is not ready

The "officialisation" of the NGT in October had its first impact immediately. With its nascent NGT in place, another institution ceased to exist - the 13-year-old staggering National Environment Appellate Authority (NEAA). This has been affirmed in the legislation that created the Tribunal, as well as by the Minister of the Environment, Jairam Ramesh. Until now, under the Environment Impact Assessment Notification, 2006, the NEAA has been the only forum available to those aggrieved by the grant of environmental clearances to challenge the same. Even with its lone member and seemingly endless problems, the Authority was a forum that did exist in functional terms (see this earlier article). The current situation is much worse - the country ceases to have an NEAA, but the NGT is far from ready to take its place. 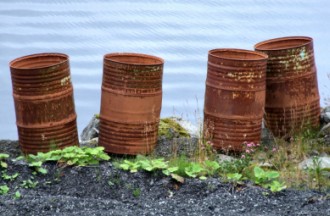 Even the Rules for the functioning of the Tribunal are yet to be finalised, the expert members still to be appointed and the promised regional benches are yet to be located. These processes can take three months or more, a source in the Ministry indicated. In practical terms, what this means is that all the cases that were pending before the NEAA and were to be transferred to the NGT, are now on hold. Hearings that were nearly complete in the NEAA, with verdicts about to be delivered, have to be held all over again by the Tribunal. Other pending cases have not been heard for almost two months.

Moreover, there is confusion over how and where to challenge recent environmental clearances - those granted in the last 90 days. The NGT, just like the NEAA, allows 30 days from the grant of clearance or approval to bring it to the attention of the redressal body. Another 60 days are given if the applicant can prove that they have "sufficient cause" for delay. But with the NGT itself likely to take months to be ready, it is not clear how citizens can challenge any project that recently obtained clearance within this window. MoEF has not clarified this so far.

A free pass to projects?

On the ground, the implications of the likely delays are serious. Take the case of OPG Power Gujarat Private Limited, which in June 2010 obtained environmental clearance from the State Environment Impact Assessment Authority (SEIAA) to set up a 300 MW thermal power plant; there were 121 conditions attached to the permission. OPG's trajectory through the clearance process had not been smooth, dating back to the time when the mandatory public hearing for the project first took place in May 2009. The was mass protests against the plant and its likely impact on the ecologically fragile Randh Bander fishing region (see this link).

Armed with several contentions, the local fisherfolk approached the NEAA along with the Machimar Adhikar Sangharsh Sangathan (MASS), an organisation working on livelihood and environment related issue in the Kutch coastal region. In September 2010, there was one hearing and then the case fell victim to the looming end of the NEAA, with the NGT yet to take its place. The appeal had raised several critical issues that point to misleading and inadequate data at the time the Environment Impact Assessment (EIA) was prepared and shared with the public in May 2009 during the public hearing. But none of this could be fully argued when the future of the hearings hung between the half-closed and half-open corridors of the two authorities.

Meanwhile, another envrionment clearance that was sought by the company - for the intake channel of the thermal power plant - was rejected by the Expert Appraisal Committee for Building Construction, Coastal Regulation Zone, Infrastructure Development and Miscellaneous projects, due to the likely negative impacts on the coastal environment. 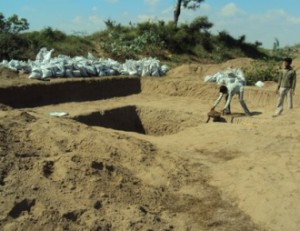 But, in brazen disregard of both the pending case as well as the rejection of the CRZ clearance, the project authorities initiated construction of the project (see picture), with land-filling and cutting of trees. They have also announced a Bhoomi Pujan to ritually inaugurate the construction of the project. The lack of a functioning tribunal, thus, is turning into a free pass for project promoters who knows that there is no forum in place where their plans can be challenged.

The irony - tragedy, actually - is that while company officials move ahead confidently, the local fisherfolk opposing all this are left with no clear agency to approach with their concerns, with the NEAA now formally dead, and the NGT yet to be meaninfully alive. Justice delayed, for petitioners like them, may turn into justice denied.