Our notions of collateral damage have done enormous harm to the ecological balance which sustains life on this planet. A new politics is needed to recover from this, writes Rajesh Kasturirangan.
29 May 2010 -

One of the scariest modern euphemisms is the term "collateral damage". I recall it being used for the first time in the first gulf war. An airstrike on Baghdad had killed hundreds of civilians, and the explanation was that the deaths weren't intentional, they were collateral damage. This phrase, and its cousin, "externality," a term made popular by economists, are often used to describe anything outside our theories of life, the universe and everything else.

It is usually no more than a pretext for failure. Modern militaries like that of the United States pride themselves in building a bunker busting bomb that will pinpoint a metre-wide target from thousands of kilometres away, and then brush away civilian deaths that take place when this turns out not to be true. Seen this way, it is plain that collateral damage is a simultaneous confession of ignorance and arrogance: it says, I will control anything that matters to me and I do not care what happens to anything else.

In the modern world, collateral damage is an intermediate stage between complete control and total failure. The inability to apprehend Osama bin Laden is a failure; the killing of innocent civilians in drone strikes is collateral damage.

Unlike premodern human beings, who lived lives mostly determined by the elements (think of a farmer praying for the monsoon to arrive), modern human beings expect the world to obey their dictates. We want our machines and our governments to work. While efficient and reliable functioning of material and social machinery is desirable, it doesn't work this way in the real world. But we ignore that, obsessing instead on trying to control things, which leads to - you guessed it - collateral damage.

The reason is simple, in the absence of total control, we prefer collateral damage to failure. In any modern profession, the accusation of failure is deadly to careers and reputations. It is better to let hundreds of villages submerge under the waters of the Sardar Sarovar dam (collateral damage!) than to admit that our developmental paradigms are a failure. It always helps when the targets of failure are beings to whom we are not accountable.

The externalities are not accidental: they are tied to a mechanical conception of nature that has greatly increased human control of the natural environment. William Blake warned us about its dangers over two hundred years ago, and Gandhi reiterated the same warning a century ago in Hind Swaraj. The poison in our air and the suffering imposed on the nonhuman world is a direct consequence of desire to control and develop the human world. Even if we do not care about the non-human world for its own sake, we should care about its destruction for our sake. After all, it is our rivers that are being diverted, our forests that are being cut and our air that is being polluted.

Is this justifiable? Can we revaluate our develop-mentality? There are two ways to stop the collateral damage inflicted on the non-human world. We can either stop thinking of non-humans as collateral, or scale back the damage we cause to the non-human world in the name of human development. These two routes are clearly interlinked; we are less likely to inflict damage on essential entities than on collateral entities. Similarly, as we put a halt to invasive operations on nature for satisfying human ends, we are more likely to see the intrinsic value of the non-human world.

One response to the unending war on nature is to reject the sociotechnical foundations of the modern world, from governments to industries. We can end large scale industrial interventions in nature, stop damming rivers and ferrying coal across continents and to return to a preindustrial utopia. Even if there is something deeply attractive about resetting the dial, I don't think such a solution will work. Once the industrial genie is let out of the bottle, we cannot put it back. In any case, preindustrial ideas cannot solve the problems of the post-industrial age; at best we can only borrow ideas from the preindustrial past. 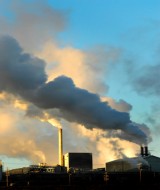 Even if we do not care about the non-human world for its own sake, we should care about its destruction for our sake. After all, it is our rivers that are being diverted, our forests that are being cut and our air that is being polluted.

Neither am I optimistic about carbon offsets and other economically driven solutions; these ideas are based on the same instrumental logic that caused the problem in the first place. Unlike the techno-utopian, who believes that we can innovate our way out of collateral damage, I think the real innovations we need are in ethics and in politics, not in physical technology. More wind-turbines off the coast of Kerala might be a good start, but what we really need is a new ethical framework that takes the value of individual non-human lives seriously.

If we pretend that individual non-human lives do not matter, and that all we should care about is the efficient and fair distribution of natural resources among various human groups, we will be committing the same error that the British did two hundred years ago. Our current expansionist plans revolve around the use of the natural world as a commodity. Whatever else one might say about the rights and responsibilities of nations, the fact that India and China have refused to sign on to a radical climate change protocol is a sign that we plan on following the same developmental trajectory that the west has.

However, our situation is rather different from Victorian England. For one, the brown sahibs lack colonies to whom we can export our troubles. Unlike the west, India and China do not have the luxury of violating the earth for two centuries before we are asked to answer for our sins. An ecological approach to development is not a luxury, it is a necessity. I doubt if we can have a genuine ecological economics while excluding the non-human world from the moral commons. Ethico-political innovations will be as important to our collective future as clean technology.

Here, we can learn much from an earlier phase of Indian modernity, i.e., the independence struggle. As I mentioned in my previous article, India was forced to put politics ahead of economics in its process of modernisation; democracy arrived here before development, which both puzzles and enrages scholars and bureaucrats the world over. The Indian independence struggle was perhaps unique in putting ethics - in the form of democracy - over economics. The ethical advances made in India in the first half of the twentieth century, including nonviolent struggle and full adult franchise were unprecedented, that too at a time when the west indulged itself in an orgy of violence in two world wars.

We have the opportunity to privilege ethical innovations over technical arrogance once again, but it will need new kinds of politics. Politics and politicians (in which class I include non-state actors like NGOs) must once again take the lead in the establishment of a new moral commons that includes the non-human world.

Self-preservation, as well as generosity

Unfortunately, the Indian political class is completely unaware of this opportunity. Even those who are paid to be sensitive to these issues are blind. As my friend Krithika Srinivasan argues in a recent paper (Sociological Bulletin, 59(1), January-April 2010, pp 22-45) Indian social science is mostly neglectful of the moral status of non-humans. There are several reasons for this institutional neglect, starting with the fact that much of Indian social science has tried to understand and emulate western social practices. A more laudable reason is that social science in India has also tried to reduce social differences between Indians and to embrace lower caste lifestyles. Kancha Ilaiah has said that the term 'vegetarian' is synonymous with 'Brahmin.'

The nationalist project is indirectly to blame here: the construction of a human-centric moral commons in India is tacitly based on the exclusion of non-humans. In the pre-modern Indian world, the differences within the human species were experienced as being roughly of the same kind as the differences between humans and non-humans. As Indians got consolidated into one category, i.e., 'human being', the differences between humans and non-humans became sharper. A similar process of violence creating separation occurs within the human world in the construction of communal identities: as the category 'Hindu' gets unified and contrasted with another unified category 'Muslim', large scale Hindu-Muslim violence becomes possible.

It is the non-human world, both at the individual level of individual chickens, snakes and elephants and the collective level of species, forests and herds that is the new frontier of politics. The expansion of the moral commons to include non-humans will take a new political vision as radical in its scope as the nationalist response was in the late nineteenth century. Strange that it may sound, I believe that it only through this expansion of our moral commons can we unleash enough energy for ending collateral damage. To the extent that the damage we inflict on the natural world will come back to harm humans in the long run, the expansion of the moral commons is as much a tool of self-preservation as it is of generosity.

If we care about politics as a means for human liberation, it should also become a means for engaging the non-human world.