Its indeed unprecedented. A state assembly unanimously adopting a stand against a ruling by the Centre after two years of issuing it! Keralas Left-dominated legislative assembly adopted a resolution on July 11 urging the Centre to withdraw the Environmental Impact Assessment Notification of 2006. The resolution, which was passed with 76 votes in favour and none against in the 141-member assembly, says the Notification is against the interest of Kerala State, nature, environment and people.

The Centres notification prioritises investments over environmental and social concerns, points out Rajaji M Thomas, 47, of Communist Party of India (CPI) who proposed the resolution in the assembly. Thomas is the chairman of the Assembly Environment Committee. Diluted regulations will make the state ecologically insecure. Kerala is a narrow strip of land with peculiar ecological characteristics, and high population density and low availability of land make the state vulnerable to large-scale environmental degradation, he explains.

The Ministry of Environment & Forests (MoEF) issued the EIA Notification in September 2006 replacing the earlier rules of 1994. The Notification had been widely criticized as a deliberate attempt by the Centre to weaken the environmental regulatory regime for protecting the industrial and investing lobby from environmental and social compliance. 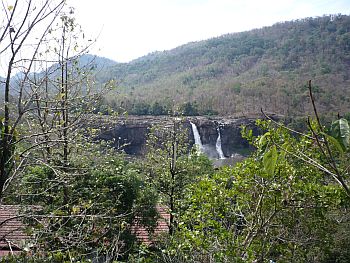 Even as the Notification deals with environment, land and resources which are state subjects, state governments, local bodies and civil organizations were partially or completely left out from the consultation process on the draft notification. Since Central notifications are subordinate legislations that do not require debates or approval of the Parliament, diverse views and opinions on the subject were not taken into consideration.

Despite repeated inputs from a wide range of local, regional and national environmental groups, the MoEF enthusiastically went ahead with the Notification. Under the new guidelines, powers to clear projects were handed over to the State Environmental Impact Assessment Authority (SEIAA), a state-level entity (one per state) headed by a government official and with two experts on board. Projects exceeding 1.5 lakh sq. metres built-up area. need to be approved by the Authority.

For smaller projects between 20,000 to 1.5 lakh sq.metres, developers themselves can assess the environmental impacts! All building and construction projects with less than 20,000 sq mt built-up area, like shopping malls and commercial complexes, are exempted from the Notification.

What is important is not passing resolutions, but the commitment of the state in conserving the environment, points out Dr A Latha of Chalakkudi Puzha Samrakshana Samithi, a Thrissur-based NGO.

Kerala has not yet formed an SEIAA. At least eight states -- West Bengal, Karnataka, Tamilnadu, Gujarat, Punjab, Uttaranchal, Chattisgarh and Meghalaya have verifiably already constituted SEIAAs  at the time of writing this report. There may be more.

The EIA Notification 2006 has even removed the cap on the cost of projects that could be cleared by the state governments. The earlier EIA rules allowed states to approve only those projects valued at less than Rs 100 crore. But under the 2006 Notification states were given sweeping powers to clear projects of any cost without environmental clearance from the Centre. Also, there is no mention of the role of the Ministry in monitoring the cleared projects.

Further, it has been repeatedly pointed out that the Notification is a blatant violation of the Panchayati Raj and Nagarapalika Acts as it gives no scope for local bodies to be involved in decision making on projects that would be set up in their jurisdiction. Also, they do not have any role in monitoring the cleared projects. Such abuse of the executive power of the Union Ministry is contradictory to the 73rd and 74th constitutional amendments, points out Leo Saldanha of Environment Support Group (ESG), a Bangalore-based NGO in a press release on Keralas landmark resolution. According to him, the resolution of the Kerala Assembly has once again exposed the Centres efforts to subvert democracy.

But why it took two years for the state to take a stand against such an undemocratic ruling by the Centre? Is there any particular reason for this belated realization that the Notification could accelerate environmental destruction? The state should have taken a firm stand against the Notification in 2006 when it was issued by the Ministry, says Rajaji. But since there were no debates in Parliament on the Notification, the State Assembly too did not discuss its implications. I have been trying to propose a private resolution for the last two years and only now I got the opportunity to table it.

Though green activists in the state welcome the resolution, they dont see much to celebrate over it. Taking into consideration the track record of the state, they feel the resolution cannot be equated as the states commitment towards environmental protection.

What is important is not passing resolutions, but the commitment of the state in conserving the environment, points out Dr A Latha of Chalakkudi Puzha Samrakshana Samithi, a Thrissur-based NGO leading agitations against the controversial Athirappally Hydro Electric Project. The state assembly had passed a resolution against the Pampa-Achankovil-Vypar River Linking Project in 2003. But feasibility studies are still being carried out.

Like the 163 MW Athirappally Project across Chalakudi River (which already have six dams across it) to be executed by the Kerala State Electricity Board (KSEB), many ecologically and socially damaging projects get cleared without even a proper environmental impact assessment or a public hearing. The pro-investment policies and infrastructure development projects of the state only seem to be accompanied by blatant violations of the environmental rules and regulations.

Most often, the state government ignores peoples protests against the projects. Satyagraha by the tribes and civil groups against the Athirappally Project has crossed 170 days. But the Assembly Committee on Environment, of which Rajaji is the chairman, has not visited the site even once.

As environmental activists point out even the Paddy Field and Wetland Conservation Bill passed by the state assembly on July 24 has a dangerous clause allowing the state government to acquire paddy fields for public purpose. The state has already lost about 5,00,000 hectares of paddy fields in the last three decades causing acute food insecurity and severe groundwater shortage.

Further, if the measures outlined by the Communist Party of India (Marxist) State Committee for improving the track record of the Left Democratic Front (LDF) government in the state could be taken as an indicator, there will be more land acquisition and consequently more environmental degradation in the coming days. The Committee meeting that concluded on August 9 in Thiruvananthapuram rejected the possibility of second land reforms in the state and decided the government should urgently submit all the applications for developing Special Economic Zones (SEZs) to the Centre and make land available for industrial development. (Quest Features and Footage)

M Suchithra is an independent journalist associated with the Quest Features and Footage, Kochi.