How to feed your billionaires

Freebies for the IPL - at a time of savage food subsidy cuts for the poor - benefit four men who make the Forbes Billionaire List of 2010 and a few other, mere multi-millionaires, notes P Sainath.
19 April 2010 -

And so the IPL fracas is now heading for its own Champions League. Union Cabinet Ministers, Union Ministers of State, Chief Ministers (and who knows a Governor or two might pop up yet) are being named as people trying to influence the bidding process. Both houses of Parliament are in uproar. The taxmen have launched a "survey."

Many in the media and politics are happy to reduce it all to issues of propriety or personality. For, the BCCI-IPL is one platform where the Congress and the BJP cohabit, normally with ease. Big money is, after all, a secular, bi-partisan space. (Or tri-partisan: let's not deny the central contribution of the NCP to this phenomenon.) It's also interesting that the media, though now compelled to give the IPL's underbelly some coverage, are still reluctant to ask larger, harder questions. To go beyond their Modi-Tharoor feeding frenzy. And to avoid induced amnesia.

It was just 10 years ago that cricket was rocked by the game's biggest-ever match-fixing scandal. That too had its centre of gravity in Indian cities, and involved Indian bookies and Indian businessmen. But along comes a new hyper-commercialised version of the game. It has scandal-waiting-to-happen written all over it and the media say "wow! This looks great," promptly going into the "willing suspension of disbelief" mode.

This venture had the right names, high glamour and, above all, big advertising and corporate power. There were obvious conflicts of interest (apart from what it did to cricket, the game) from day one. Here was Big Business in open embrace with its political patrons. There were also those who did not give the public office they held a fraction of the time or importance they gave to the BCCI-IPL. But few serious questions came up in the media.

Now there's a forced discussion of opaque dealings, bribes, and "we-know-how-to-deal-with-you" threats. Of shady investors, murky dealings and, possibly, large-scale tax evasion. Of franchisees alleging they were offered a $50 million bribe to exit. Or claiming that a Union Minister warned them to withdraw from the rodeo with grave threats.

It all leads to things much bigger than Modi versus Tharoor or issues of "impropriety" (a nice, genteel word). Leave aside the narrow money details or the fact that some franchisees are thought to be losing tens of crores each year. Skip the fact that despite those losses, newer franchisees between them put up over Rs.3000 crores for two teams that don't exist. Only a tiny band of journalists have at all shown the scepticism demanded of their profession. These few have stuck at it gamely only to find themselves isolated, mocked as party-poopers and the recipients of threats and abusive mail.

How about questions on public subsidies going to some of the richest people in the world? The BCCI-IPL cost the public crores of rupees each year in several ways. The waiving of entertainment tax worth Rs.10 to 12 crores for the IPL in Maharashtra alone was discussed in the State's Assembly. It was little reported and less discussed in the media. Maharashtra has extended other support to the IPL, which is yet to be quantified. This, despite being a State whose debt will cross Rs.200,000 crores in the coming year. And there are similar subsidies and write-offs extended to the BCCI-IPL in other States, other venues.

A whole raft of concealed freebies from public resources to the BCCI-IPL is also not discussed. We have no picture of their full scope. No questions either on why a public sector company should be billing itself as the "sponsor" of a team owned by the fourth richest man in the planet. No questions asked about issues ranging from super-cheap land leases and stadia rentals and low-cost stadia security. We don't even know what the total bill to the public is: just that it is probably in tens of crores. We do know that these supports to the IPL from public money come at a time when subsidies to the poor are being savaged. But we don't want to go down that road. An inquiry into the IPL must cover the BCCI as well and must record all the open and hidden write-offs and subsidies that both get. 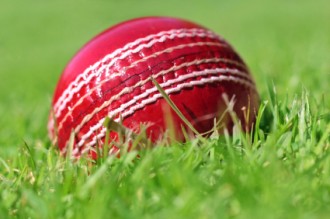 The Sports Minister pointed out a long time ago that there were dangerous conflicts of interests at the top levels of the BCCI-IPL.

Who stand to gain from the public wet-nursing of the IPL? Among others, four gentlemen who make the Forbes Billionaires List of 2010. Three of them are team owners and one is a title sponsor. All dollar billionaires and long-time residents on the Forbes List. Then there are the mere millionaires in the shape of Bollywood stars. For all these and other worthy people, governments bend over backwards to make concessions. Even as they slash food subsidies in a period of rising hunger. Big time partying is an integral part of the IPL show. Only look who is paying for that. Street argot has already begun to brand the IPL as Indian Paisa League or, more directly, India Paisa Loot.

But the BCCI and the IPL preside over huge sums in advertising. So even when the IPL angers the media by pushing them around on coverage restrictions, the media cave in. The larger silence continues. The strongest criticism of what has been going on (till the Kochi chaos) has come from Sports Minister M S Gill, an old-fashioned cricket lover actually worried about the game. Not from the media that cover the IPL. He has criticised the tax concessions and security subsidies that have hurt public security in the cities concerned while the IPL is on.

It's also worth pointing out that Mr. Gill is the one Minister (of the four Ministers on your TV screens in the present drama) actually connected with sports in a legitimate way - and not tainted by scandal. But maybe that's natural: the IPL has little to do with sports.

The Sports Minister pointed out a long time ago that there were dangerous conflicts of interests at the top levels of the BCCI-IPL. He also told Karan Thapar on television that he found the idea of "letting off tax" (waivers for IPL) quite unacceptable. "This is a poor country. I never forget that. There is a huge deficit in the budget even this year ..." And went on to say that: "when business is earning it in the shape of these teams and whatever the structure, I think the legitimate tax should be taken and should be used for the country maybe even for sports, other sports." Far from that happening, we are taking it from the public and handing it out to the billionaires.

Fire brigades in the cities have been muted or overruled in their objections to the IPL's 'hospitality boxes' (where seats can cost you Rs.40,000) as fire hazards. But some of these tickets also get you to a late night party with IPL stars and other dubious benefits. Some have raised the question of what this does to the players' performance the next day. But the party goes on. Nothing could be further removed from the lives of the 'cricket crazy public' - whose supposed interests are invoked for every new spin to the game. IPL does not come cheap.

Mumbai's elite recently preened themselves on Earth Hour where the city saved some power by switching off lights for 60 minutes. Great savings could be made if all IPL games were played in daylight. There is something ugly about that much electricity consumed by a private profit entity (guzzling public money) in a season when Marathwada and Vidarbha suffer 12-15 hour power cuts. Something that always devastates the performance of their poorer children in the examinations. They could end up having (on paper at least) a Right to Education, but none to electricity.

With the IPL comes the convergence of the most important media trends: the ABC of Media - Advertising, Bollywood and Corporate Power. Corporate barons and Bollywood stars own cricket teams. One IPL team is owned by a newspaper. Other dailies have become 'media partners' of IPL teams. Some Bollywood stars have 'promotional agreements' for their films with TV channels who disguise their paid-for gushing over those films as "news." Once national heroes, cricket's top icons are now 'capital assets' of the franchise owners.

Once proud of their disavowal of tobacco and liquor advertising, the icons now plug for the latter in surrogate form. And are linked to the former in other ways. And a once great game moves from heartfelt public ownership to a pocket-driven private one; from a national passion to a hyper-commercial nightmare.

CHANGEMAKERS : A fuller picture of ourselves
MORE ARTICLES
on similar topics ...
OP-ED