HEALTH / TOILETS FOR ALL

The focus on ending open defecation and ensuring a toilet in every home is a limited one. Lasting success will require a much larger focus on sanitation, writes Aditya Bhol.

Among its many areas of focus, the Swachh Bharat Mission (SBM) promises to provide toilets for all and make the country Open Defecation Free (ODF) by October, 2019; a tribute to Mahatma Gandhi, whose 150th birth anniversary, would fall that year. The fervour engendered by this mission is truly commendable, and is revealed in the physical progress in the construction of toilets. Swachh Bharat Mission – Gramin lists an addition of 21 lakh toilets in 2014-15, and 58 lakhs in 2015-16. Swachh Bharat Urban reports 10 lakh sanctioned toilets and 3.5 lakh completed.

Not surprisingly, the agenda of ‘toilets for all’ has spurred a number of analyses and reports across various media. But these analyses on ODF India have largely excluded important narratives - around behaviour, concerning usage, financing of toilets, service delivery, and most crucially – waste management.

Sanitation is more than just toilets

A toilet, although a basic amenity, is also a merit good which creates externalities - better public health outcomes, improved infrastructure, etc. This merit can, however, be attained only when the entire value chain of sanitation, comprising the superstructure - the toilet and its substructure which includes a storage component; transport – septic tank trucks; collection; treatment and reuse, is complete. Simply put, toilets are necessary but not the only condition for good sanitation. 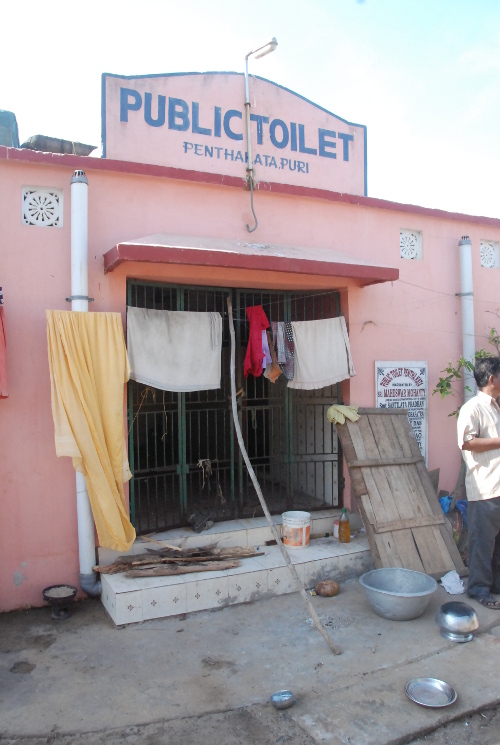 Policy makers are not oblivious to this. For instance the National Urban Sanitation Policy (NUSP), 2008, describing environmental sanitation, alluded to more than just toilets. It included solid and liquid waste management, storm water drainage, industrial and hazardous waste, and, water supply - all of which are elemental to the sanitation debate. The NUSP also acknowledged the fact that urban sanitation is larger than issues covered in the erstwhile scheme for Integrated Low Cost Sanitation (ILCS) which provided sanitary toilets to prevent open defecation and eliminate manual scavenging. The same goes for rural sanitation.

Census 2011 shows that of the 47% households in India which have toilets in their premises, 22% are connected to septic tanks, 12% to piped sewer system, and 8% to pits with slabs. Effectively, only 42% out of the 47% of households with toilets in premises are serviced by sewered networks, septic tanks, and pits with slabs. Of the rest 58% open defecation, is 50%, and 8% are insanitary latrines.

Complementing this data is the 2010 report by the Central Pollution Control Board (CPCB) estimating that the sewerage treatment plants (STPs) in Class I and Class II towns have only 35% treatment capacity for total sewerage generated. Another study of the STPs conducted by CPCB in 2013 pointed out that of the 152 tertiary STPs (which involves chemical and/or physical treatment of the waste water making it ideal for non-potable uses like irrigation and cleaning) in the country, 9 are under construction, 30 are non-operational, and the performance of 28 is not satisfactory. And in 56 of these cases, the treated effluent exceeded the accepted levels of pollutants.

The same  report also showed only 51% treatment capacity for total sewerage generated in metropolitan cities (greater than 10 lakhs population), 32% treatment capacity for class-I cities (1 lakh to 10 lakh population) and 8% treatment capacity of STPs in Class- II cities. The efficiencies of these waste treatment plants are of utmost concern when they are in the vicinity of water bodies, and more specifically if the effluents are discharged into rivers or any other drinking water sources. Incessant disposal of untreated solid or liquid waste, domestic and industrial, has worsened the pollution levels in the rivers of India. 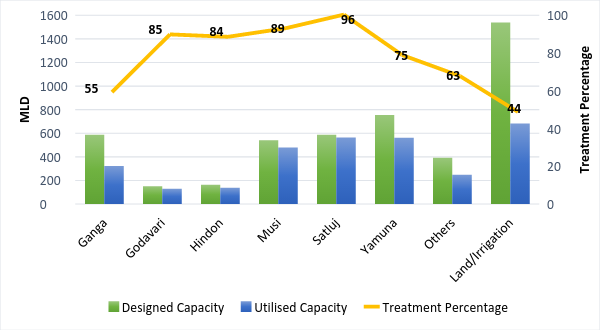 The CPCB 2013 report furnishes information on river-basin wise sewage treatment capacities - both designed and utilised. Figure 1 plots the designed capacity, utilised capacity and percentage of sewage receiving treatment in the STPs, based on the discharge of the effluents into different rivers or land. The treatment percentage refers to the efficiencies of these STPs, as in the percentage gap between designed and utilised capacity. For example, the STPs discharging into the Ganga actually treat only 55 percent of sewage they are designed to treat. Evidently, the effluents discharged into the rivers and agricultural lands do not receive adequate treatment. Moreover, the effluent data mentioned here are only wastes from 12 percent of the households connected to sewer system and industries.

Septic tanks serve as treatment systems for 22% of the total toilets - the highest form of connectivity to toilets. But their upkeep which requires timely emptying, is hardly up to mark given the dearth of resources (financial, human and technical) with the local governments. Furthermore, the septage, effluent from the septic tanks, receive no treatment. About 3% of total households account for insanitary latrines, 8% account for pit latrines. Thus, the lack of treatment solutions for effluents from different types of toilets and collection networks has inadvertently sustained the practice manual scavenging, reported or unreported. 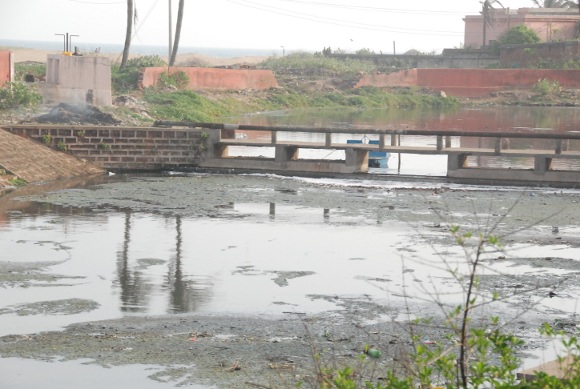 Efforts for Waste Management in India

Some schemes have given due importance to waste management and other elements of the sanitation value chain. The Jawaharlal Nehru Urban Renewal Mission (JnNURM) under its components of Urban Infrastructure and Governance (UIG) and Urban Infrastructure Development Scheme for Small and Medium Towns (UIDSSMT) allocated funds for water supply, sewerage, drainage, preservation of water bodies, and, solid waste management. The UIG targeted 65 cities and the projects approved under UIDSSMT covered 904 cities.

The JnNURM website reports the status of projects undertaken in different sectors under UIG and UIDSSMT. Water supply ranked highest in the priority list of sectors, with largest number of such projects undertaken in both UIG and UIDSSMT, but waste management – sewerage, solid waste management and preservation of water bodies, with the low number of projects, have received lesser importance. For solid and liquid waste management infrastructure, only 28 percent of the UIG projects approved have been completed and 16 percent of the UIDSSMT approved projects have been accomplished. There may be gaps between the number of approved and completed projects but the resolve for environmental sanitation and recognition of the waste management instil hope.

While a project approach to ensure basic infrastructure for water and sanitation services relating to water supply, sewerage, septage management, and storm water drains appears in the press release on Smart Cities mission and AMRUT – whether it has learned anything from JnNURM is yet to be explored.

To this effect, the 69th NSSO survey reports that non-usage of toilets have been because of no superstructure, no clean/insufficient water, malfunctioning toilet, personal preference, and unaffordability. Another survey conducted by Research Institute for Compassionate Economics ( R.I.C.E) in 4 states points to non-usage of latrines, and reports that 23 per cent of surveyed people practise open defecation despite having a toilet in the house and that 43 percent of households has at least one member defecating in the open in spite of a toilet. The findings of the survey also reports averseness to government provided toilets and general preference for open defecation of people despite access to toilets. 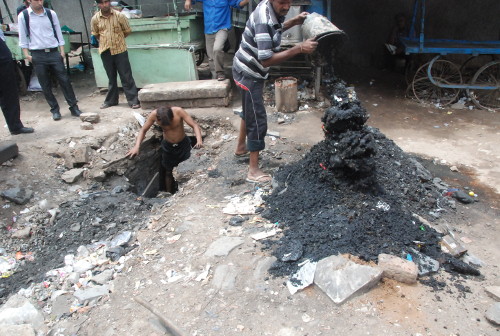 The stories and plight of sanitation workers in our local bodies is another thing missing from the focus. The enactment of Prohibition of Employment as Manual Scavengers and their Rehabilitation Act (PEMSRA), 2013 and the subsequent outlawing of manual scavenging has had a tremendous impact on changing the perception of sanitation. As noted in my field work from Odisha; local bodies are increasingly procuring sanitation equipment at the directives of the state governments in efforts to prohibit employment of manual scavengers.

While this is part of larger plan of “technology advancement” or “smart cities” dialogue, what is contradictory is the fact that local bodies are not spending money on technology and equipment including hygiene and safety gear that would make our sanitation workers more efficient and safe. Secondly, this means that the conditions of sanitation workers and sweepers remain the same or have even worsened – recent events of non-disposal of garbage in Delhi and a report that out of the 1,300 safai karmacharis, employed by Chandigarh Municipal Corporation, more than 200 workers have died since 2009 bear testimony to this argument.

Some Insights from Field Work

Certain other insights from my field work in Odisha also support the need to invigorate behaviour changes for sanitation and address the entire value chain. First, in the absence of technology and poor provisions for sanitation workers the safai karamcharis have formed unions and favour only a few councillors. This has resulted in the regular waste collection in a few wards of the city. Second, municipality owned tippers for solid waste collection are gathering rust in the municipal office compound given the inability of the municipality to train and hire personnel to operate them. This has resulted in the waste being dumped within the municipal area near informal settlements sans treatment by private contractors. 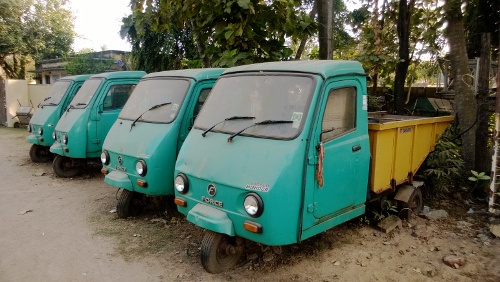 Third, the lack of coordination between different state departments responsible for different aspects of sanitation has led to a situation where households cannot connect to newly laid sewer lines because they are obstructed by storm water drains. The sad outcome of this has been household waste water being discharged into the storm water drains. Fourth, a municipal official when asked about the level of engagement of the ULB in drafting the City Sanitation Plan(CSP) responded, “We had only one or two meetings of the City Sanitation Task Force for the orientation of CSP, but we were never involved in the subsequent planning exercises”. This depicts the minimal involvement of ULBs in the planning process.

Such lessons from ground work are essential to understanding the dire situation of sanitation in India. They also help find the missing pieces of the sanitation value chain.

In May this year, the cabinet approved the flagship Namami Gange programme to clean and preserve the Ganga. The targets of this programme are far-reaching with components on rehabilitation and up-gradation of existing STPs along Ganga, 100 percent sewerage infrastructure in towns in the Ganga basin and in-situ sewage treatment in open drains. Similarly, other schemes like Smart Cities and AMRUT, also assure infrastructure for waste management in select beneficiary cities.

ILCS (1993), TSC (1999), NUSP (2008), JnNURM (2005) are some of the key policies and programmes for the development of sanitation sector in India. Clearly, there has not been a scarcity of schemes in the past, yet, we have made only inches of progress in the development of sanitation. Consequentially, new policies and schemes have been designed and rolled out. However, without adequate change in behaviour and perception of sanitation, ten years on we would still be pondering the same issues.

Recently, a letter issued by the Ministry of Drinking Water and Sanitation to all state secretaries for rural sanitation broadens the definition of ODF to include safe technology option for proper disposal of faeces. This is a welcome move towards addressing the bigger issues of sanitation by duly incorporating waste management. Guidelines and targets set on such broad definitions can have far-reaching effects on improving access figures and securing safe working conditions for the sanitation workers. In our endeavour for Swachh Bharat, it is only coherent to transition the debates and actions from toilets to waste management and address sanitation in a holistic way.

Aditya Bhol is a Research Associate with the Centre for Policy Research in New Delhi.