Plantations or reforestation cannot replace natural forests, which provides an essential ecosystem. Unless policy makers realise this, our natural forests will continue to be used for various purposes shrinking the forest cover further, says Meenal Tatpati.

A news report published on the 29 July this year says that the Minister of Environment, Forest and Climate Change (MoEFCC) has decided to ‘think positively and use the right expression’ to describe forest diversion. The Minister is of the opinion that ‘reforestation’ is the right word to replace ‘diversion’ since the Forest (Conservation) Act, 1980 lays down conditions for planting an equal number of trees felled on non-forest land and double the number of trees felled on forest land, when clearance needs to be obtained for diversion of forest land.

These pearls of wisdom are not new or surprising coming from the Minister. Very recently, when confronted with the issue of garbage disposal in his hometown, he came up with a solution to dump the garbage on forest land, and in return plant double the number of trees felled on another piece of land!

While on the face of it, his explanation appears to be a perfectly logical, it is in fact setting a dangerous precedent by painting a very destructive process in a pretty light.

India’s natural forests are already in a state of steady decline and erosion. According to the ministry’s own study carried out in 2014, natural forests today have dwindled to half of what the Forest Survey of India has been recording as forests, only 3.3 lakh sq kms. If we harbour the impression that planting an equal or even double the number of trees felled can remedy the effects of the loss of a natural forest, we cannot be more wrong! 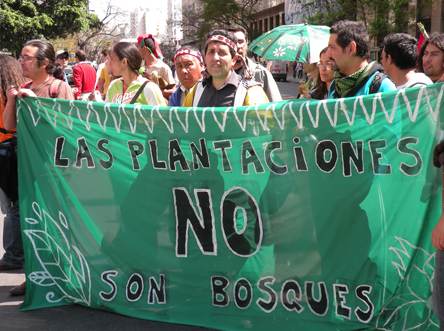 ‘Plantations are not forests’, Protestors hold up signs at the World Forestry Congress in Buenos Aires, Argentina. Pic: www.stopgettrees.org

There is growing evidence that natural forests cannot be replaced by plantations. Forests provide for an extremely valuable ecosystem. The different forest types across the country are home to an amazing variety of wildlife. These are irreplaceable.

The diversion of forests along the Alaknanda basin in Uttarakhand for building hydro-electric power projects will impact the Himalayan Brown Bear. Similarly, a proposed dam on the Nyamjang Chhu river in Arunachal Pradesh will submerge the wintering habitat of the rare and endangered Black Necked Crane, while widening of the NH7 highway running along Maharashtra and Madhya Pradesh will destroy the Pench corridor used by a vast population of tigers. Due to mining and railways expansion across forest areas, a steady increase has already been witnessed in the incidence of human conflict with elephants. These are just a few examples. Will monoculture plantations bring back what we are going to lose? 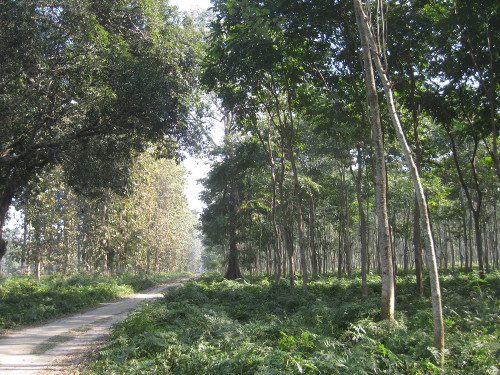 If not about wildlife, does the Minister care about the 300 million people, staying in around 170000 villages, settlements and habitats in these forests? What would their fate be when the forests are ‘reforested’, according to the Minister? Out of these 300 million people, some are also part of the Scheduled Tribes accounting for 8 percent population. Along with the ecological costs, therefore, the diversion of forest land continues to affect a large population of people dependent on forests for their livelihood and sustenance.

Historically, due to insecure tenurial rights over forest land, any developmental activity involving forest land has resulted in either severe curtailment of access to forest resources or to the complete uprooting and dispossession of the forest dwelling communities. They have never been adequately compensated for the loss of their lands, livelihoods and culture.

Even after the enactment of the Scheduled Tribes and Other Traditional Forest Dwellers’ (Recognition of Forest Rights) Act, 2006, (Forest Rights Act or FRA) their situation has not changed much, and the MoEFCC continues to blatantly ignore the provisions of the Act when it comes to recognising rights and seeking prior informed consent of local communities in forest areas being diverted. Technically, even plantation or ‘reforestation’ as the Minister likes to call it will have a similar impact in terms of dispossessing these communities.

Recently, in states like Odisha, Andhra Pradesh and Telangana, the forest department has been carrying out the policy of ‘aggressively afforesting’ forest land. This translated into taking away lands under shifting cultivation from Particularly Vulnerable Tribal Groups and carrying out plantations without the consent of these communities. 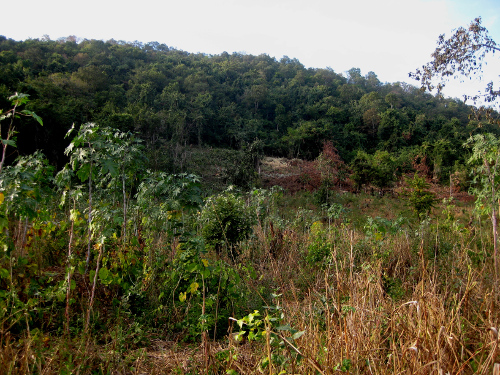 These activities are being funded under the Compensatory Afforestation Management and Planning Authority, a fund set up ironically through compensation amounts received when forests are ‘diverted’ for developmental projects.

In the future, according to a 2012 study by Shankar Gopalakrishnan, titled Undemocratic and Arbitrary: Control, Regulation and Expropriation of India’s Forest and Common Lands, we are looking at losing an estimated 1 crore 14 lakh sq km of land in the country for plantations of agri-fuel based crops, mining, infrastructure and non-conventional energy source development. If we have only 3.3 lakh sq km of natural forests today, can we dare imagine the future?

In Prakash Javadekar’s tenure, the MoEFCC has already tried to dilute forest laws for development, bypassed procedures to appoint the National Board for Wildlife, cleared most projects under consideration due to their impact on wildlife and ecosystems and tried to dilute provisions of the Forest Rights Act that seek to provide for a decentralised conservation regime in which forest people can take the lead in conservation. Given these ‘developments’, the Minister’s lack of courage in calling a spade a spade, is telling and reeks of green wash.