The question of English

A meaningful and enduring bilingualism, embracing both English and the mother tongue, remains out of reach of the vast majority of citizens, writes Ramachandra Guha.

In 1905 and 1906, Mohandas Karamchand Gandhi, his wife and their children shared a home in Johannesburg with an English couple, Henry and Millie Polak. Later, writing of their life together, Gandhi recalled that "Polak and I had often very heated discussions about the desirability or otherwise of giving the children an English education. It has always been my conviction that Indian parents who train their children to think and talk in English from their infancy betray their children and their country. They deprive them of the spiritual and social heritage of the nation, and render them to that extent unfit for the service of the country."

"Having these convictions, I made a point of always talking to my children in Gujarati. Polak never liked this. He thought I was spoiling their future. He contended, with all the love and vigour at his command, that, if children were to learn a universal language like English from their infancy, they would easily gain considerable advantage over others in the race of life. He failed to convince me".

Gandhi added that while he insisted on his children speaking at home in Gujarati, and learning through that language, "they naturally became bilingual, speaking and writing English with fair ease, because of daily contact with a large circle of English friends, and because of their stay in a country [South Africa] where English was the chief language spoken".

The private debate between Gandhi and Polak has had very many public echoes down the decades. In the 1920s, Gandhi and Tagore argued in print about whether a love for the English language betrayed a colonised mindset. The Mahatma thought it did, whereas the poet, a prophet of a rooted cosmopolitanism, argued that Indians could glory in the illumination of lamps lit in languages and cultures other than their own.

After Independence, the battle between these positions was truly joined, when the brilliant, maverick socialist, Rammanohar Lohia, launched and led an 'Angrezi Hatao' andolan, a movement to banish English from the face of India. (With a splendid but also somewhat malicious sense of timing, he chose the occasion of a visit by the queen of England to intensify the agitation.) 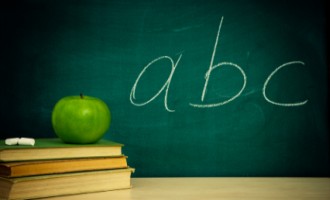 A century after Gandhi and Polak debated the question in Johannesburg, arguments about the relevance of English to India and Indians continues.

Lohia was answered in turn by Tamil politicians and intellectuals, who feared that in the absence of English, Hindi-speakers would exercise a sort of colonialist dominance over the southern, western, and eastern parts of India. Thus Hindi signs were defaced across Tamilnadu by followers of E V Ramaswami 'Periyar' - a leader as brilliant and as maverick as Lohia.

Meanwhile, Periyar's former adversary, C Rajagopalachari, now joined him in opposing Hindi and in promoting English as the language of communication between different parts of India and between India and the world. To the argument that English was a foreign, even an imperialist, language, Rajaji answered that since the goddess Saraswati had given birth to all the languages of humankind, we could and should claim English as our own.

The debate continues. In Karnataka, for example, many prominent intellectuals - among them the novelist, U R Ananthamurthy - argue that a child must speak and learn exclusively in her mother tongue until she enters high school lest she become totally disconnected from her social and spiritual roots. (Ananthamurthy is an admirer of Gandhi and a former disciple of Lohia, but, withal, very much his own man, who makes the argument with a distinctive flair and originality.)

On the other side, Dalit activists suggest that the promotion of Kannada is an upper-class ploy to keep them away from the fruits of modern learning. They say that once the Brahmins denied them access to Sanskrit; now, the descendants of those Brahmins wish to deny the Dalits access to the modern language of power and privilege, namely, English.

This subaltern endorsement of the foreign language has taken a most interesting form in north India, where the writer-activist, Chandra Bhan Prasad, has chosen to build a temple dedicated to the 'Goddess English' in his own home state of Uttar Pradesh. Described in the Wall Street Journal as "a bit of a maverick" (he is also, I might add, brilliant) Prasad believes that the Dalits can achieve emancipation via a deeper and fuller engagement with English.

A century after Gandhi and Polak debated the question in Johannesburg, arguments about the relevance of English to India and Indians continues. The debate has moved on, of course, since society and history have moved on too.

One might foreground three significant changes since Gandhi's time. First, there are now far more inter-community marriages, particularly among the middle and upper classes. And if a Gujarati marries a Tamil, or a Bengali weds a Malayali, then the default language of their children, and of the family as a whole, tends to become English. Second, although Britannia no longer rules the waves, English continues to be the major global language, its pre-eminence a consequence of America having replaced Great Britain as the great imperial power of the age. Whether spoken in the queen's diction or in its American or other variants, over most of the world English thus remains the language of choice for communication between people of different nationalities.

The third change is, in the Indian context, arguably the most significant. This is that there is now a real hunger for English among the poor. As many readers of this column will know, from their own experience, domestic servants are determined that their children will not follow them into their profession. They recognise that the best way to escape hereditary servitude is for their children to learn the language of mobility and opportunity, which of course is English. The desire to learn English thus runs deep among all castes and communities. Poor Muslims are as keen to learn the language as are poor Dalits or adivasis.

Whether one approves of it or not, this rush to learn English is unstoppable. Rammanohar Lohia and his followers have lost the battle to banish English from the imagination or learning experience of the Indian child.

That said, one might still wish for a sort of historic compromise between the positions articulated by Gandhi and Polak. We live in a land of a quite extraordinary diversity of linguistic and literary traditions. And yet in practice we tend to privilege one language at the expense of all the others. That so many middle- and upper-class Indians speak only English is a shame; that so many subaltern and working class Indians do not have access to decent education in English is equally a shame.

As for Gandhi's children, despite their father's insistence that they speak and learn only in Gujarati, they willy-nilly picked up the lingua franca of Johannesburg, which fortuitously was also the lingua franca of the world. In the enclaves of class and language that Indians live in, the promotion of bilingualism and multilingualism is certainly more difficult. It is easy enough for a child of the elite to acquire a smattering of Hindi (or Marathi or Kannada) phrases; how much more enriching would it be for him to learn the language well enough to read widely in its literature. By the same token, children from subaltern families are constrained by money and class from acquiring more than a functional knowledge of English.

Gandhi is not known to have been a model father, but by the accident of circumstance in at least this respect his children turned out to be more fortunate than other Indians. Their bilingualism came naturally, with the language of the home being supplemented by the language of the city they lived in. In contemporary India, on the other hand, a meaningful and enduring bilingualism remains out of reach of the vast majority of citizens.

TIGER SANCTUARY : Are tigers back at the Buxa reserve?
MORE ARTICLES
on similar topics ...
CASTE